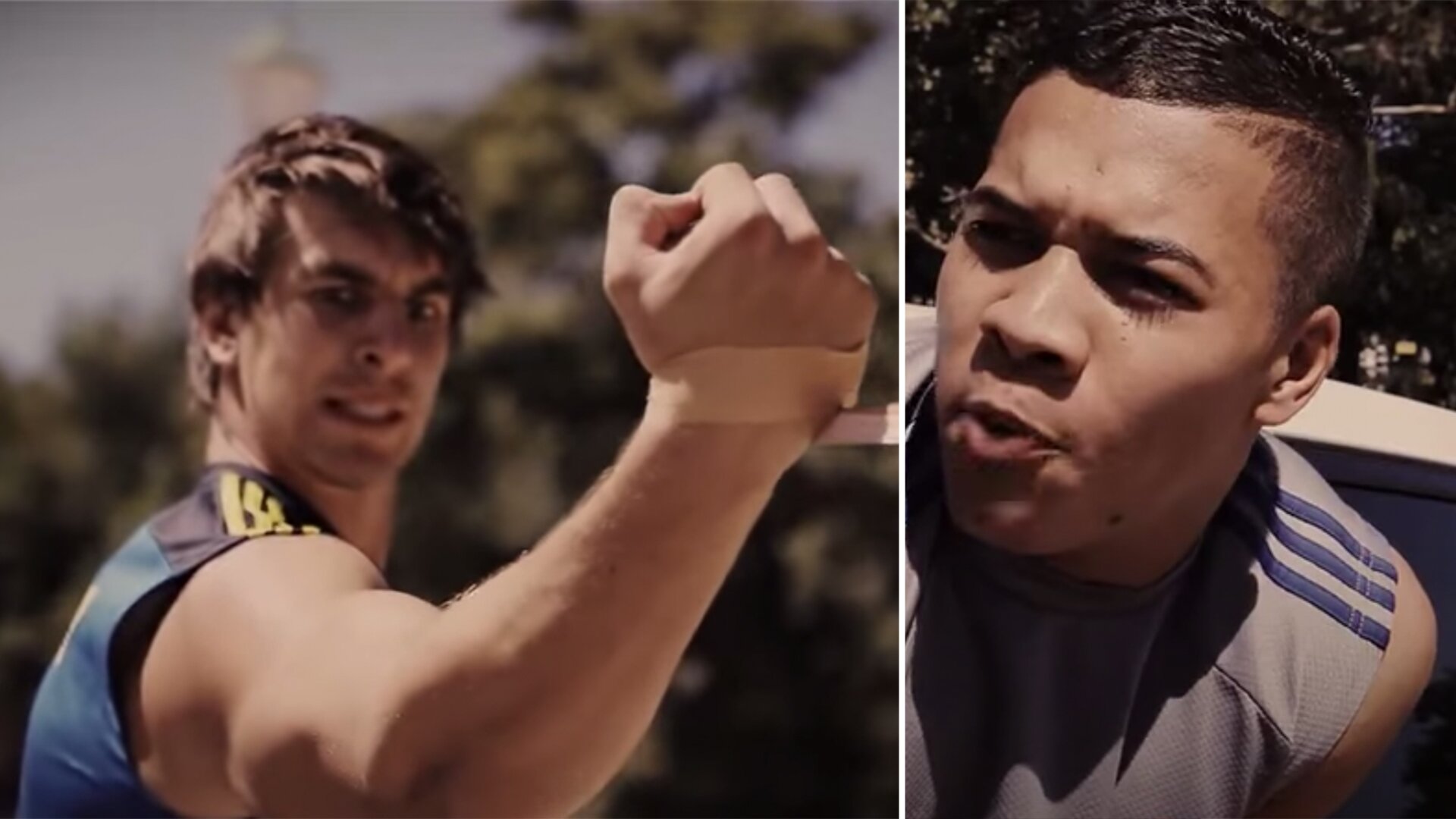 World Cup-winning Springboks Eben Etzebeth and Cheslin Kolbe feature in a hilarious video which looked like an advertisement for a strapping company in South Africa.

The Rugby stars both featured an advertisement for Leuko Sports Strapping back when they both played for the Stormers.

As far as we know, nobody has really seen this video before as it only has a few thousand views online. The acting in the video is simply horrendous, but it makes for a hilarious video as it looks the boys are really going for it.

Since this advertisement, the Springboks went on to dominate the 2019 World Cup together.

41-7! No sequel for Japan as South Africa walks away with a resounding win in their warm-up clash. Kolbe and Etzebeth would have made a great opening scene though… #JAPvRSA pic.twitter.com/EdLpfbQYt4

Back in 2015, when this advertisement was filmed, Etzebeth was only just making a name for himself and Kolbe was relatively unknown for South African rugby.

They would both go on to be two of the biggest names in rugby.

The advertisement was for a rugby strapping company called Leuko Sports Strapping. In the ad, Etzebeth has to try and pull a Land Rover using the strapping instead of the rope to display just how strong that it is.

The Ad opens with Etzebeth pumping some serious iron in the gym, before Kolbe and another teammate walk in telling him to pull a Land Rover. Random yes, but he did it all the same!

The rest of the advert is just pure TV cringe! But it’s brilliant!

Like we said, the acting is shocking but the video itself is hilarious.

Etzebeth now plays his rugby in France for Toulon earning some serious money, while Kolbe is now one of the key members for Toulouse.

Both of the players seem to have plans to continue playing in Europe for the foreseeable future with Etzebeth putting in strong performances for the men in red.

Kolbe recently played at 10 for Toulouse, displaying his wide array of skills.