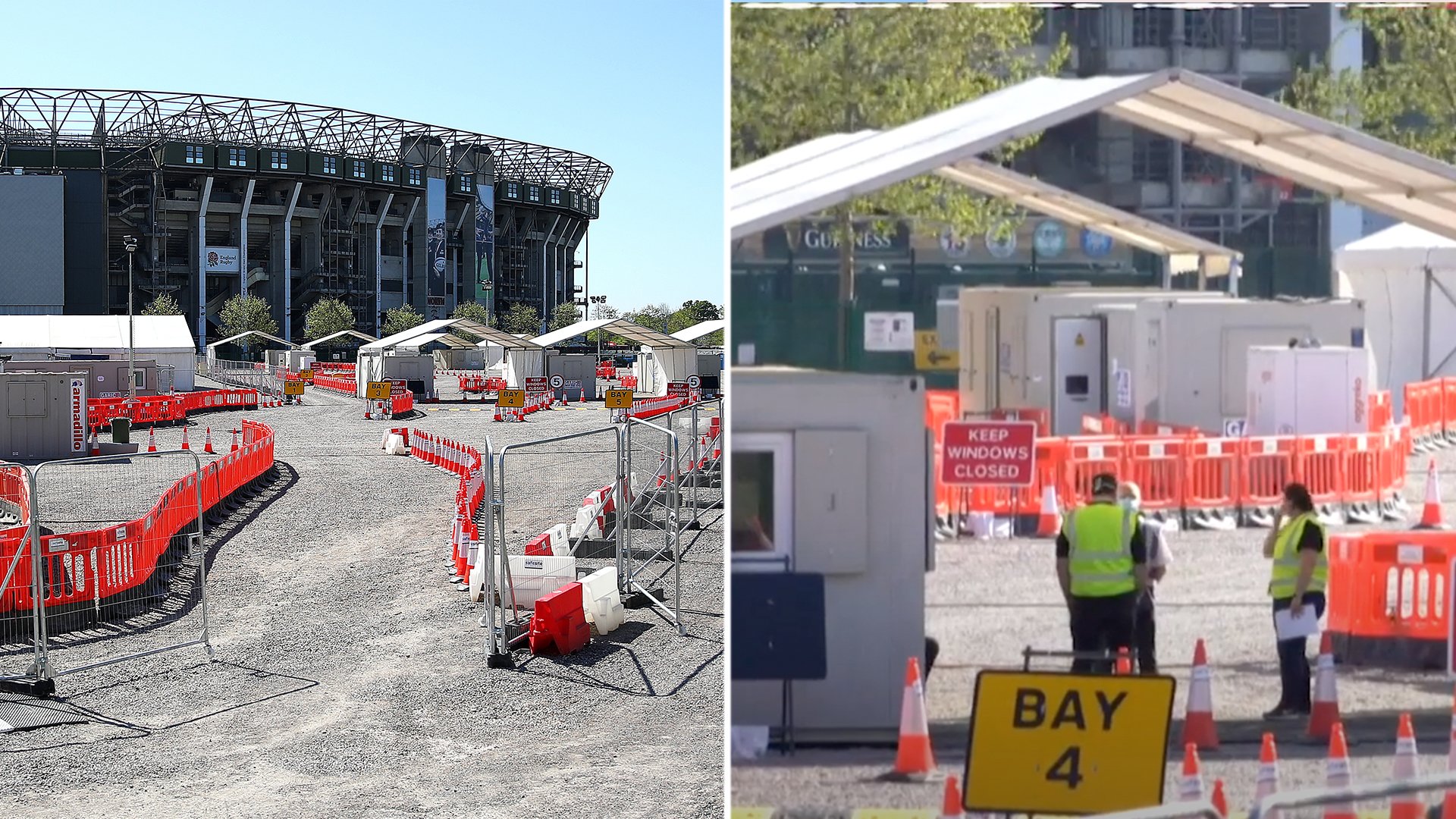 Twickenham Stadium seems to have undergone a dramatic transformation in an effort to help the United Kingdom battle the Coronavirus outbreak.

As reported in the Evening Standard…

Twickenham – the home of English rugby – is now hosting a drive-through coronavirus testing facility for NHS staff and key workers, the RFU confirmed on Monday.

The facility has been set up outside the 82,000-seater stadium in west London, which hosts England internationals and other rugby union matches as well as events such as music concerts, and is one of 32 such sites created as part of the government’s partnership with universities, research institutes and companies.

A video was released today showing the changes to the stadium area.

It’s eerie to say the least, just to think a month ago England were playing against Ireland here…

A statement that the Evening Standard got from the RFU said…

“The RFU is pleased to be able to support the COVID-19 drive-through testing programme at Twickenham Stadium for NHS and other key workers,” said RFU chief executive Bill Sweeney.

“We receive tremendous support from frontline services during match days at Twickenham and we are grateful for the opportunity to be able to support key workers during this severe national crisis with the use of our site and staff to support operationally.”

We have seen similar situations around the UK with sports venues dramatically altering to help in the COVID-19 crisis.

The Principality Stadium announced at the start of the week that they are ready to accept patients in Cardiff. Similarly, in other parts of London, Tottenham Hotspurs ground has been altered in a similar way to allow testing on thousands of people who may have the virus.

It’s brilliant to see Twickenham Stadium being used to help others!