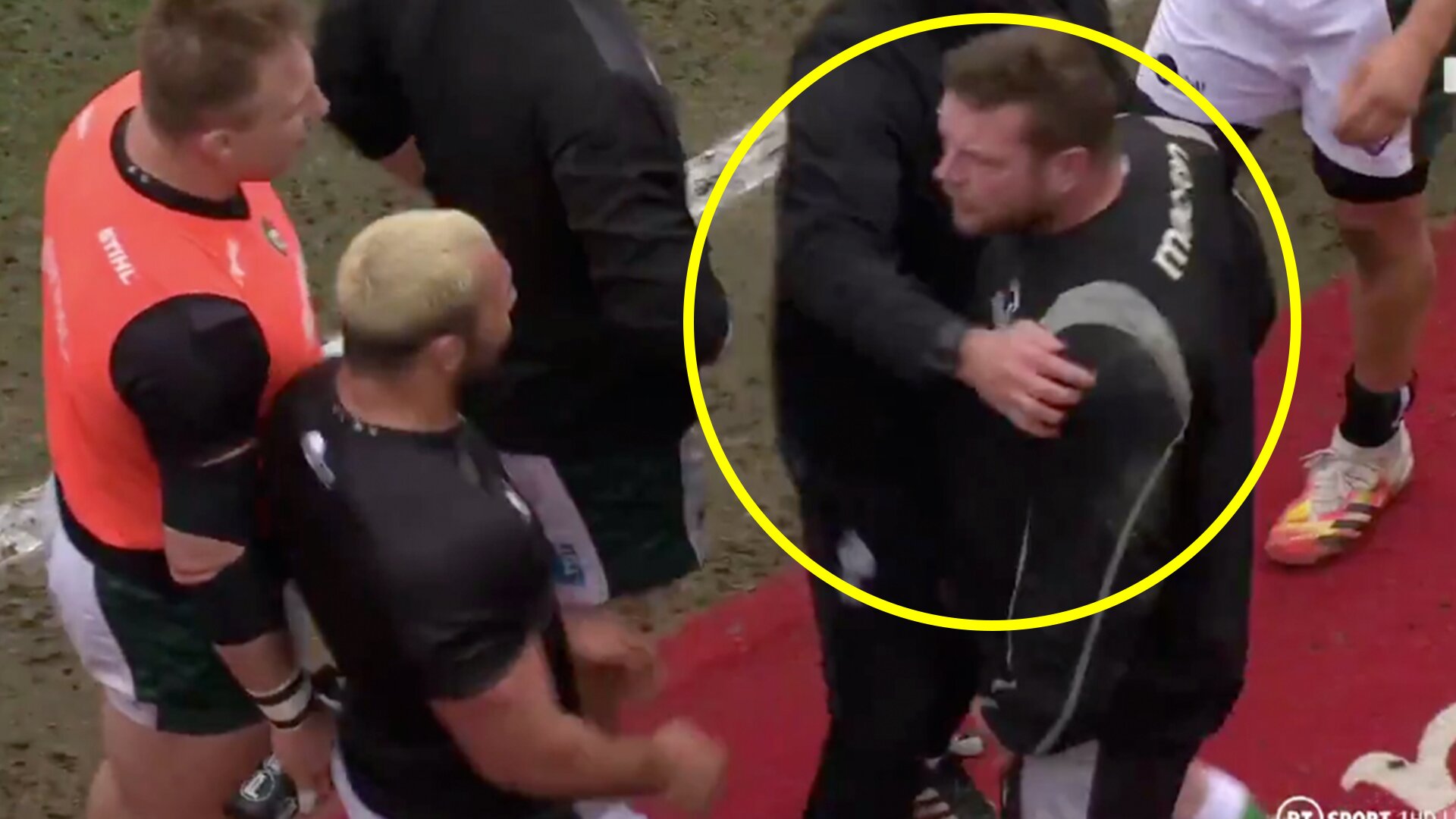 England prop Ellis Genge is in the limelight yet again as footage shows a bust-up before Leicester’s match this weekend in the Gallagher Premiership.

The Rugby Onslaught investigation team will be working throughout the night to work out who instigated the incident which was between Ellis Genge and Newcastle prop Jon Welsh.

There appeared to be words exchanged between both of the props before Welsh approach Genge looking like he was ready to tear his head off.

Leicester Tigers coach Steve Borthwick had to get in between both of them otherwise we could have seen all out prop war.

Not the best Ellis Genge footage given what has happened recently.

That first scrum is going to be VERY interesting… 👀#GallagherPrem pic.twitter.com/bwcSW2NTXm