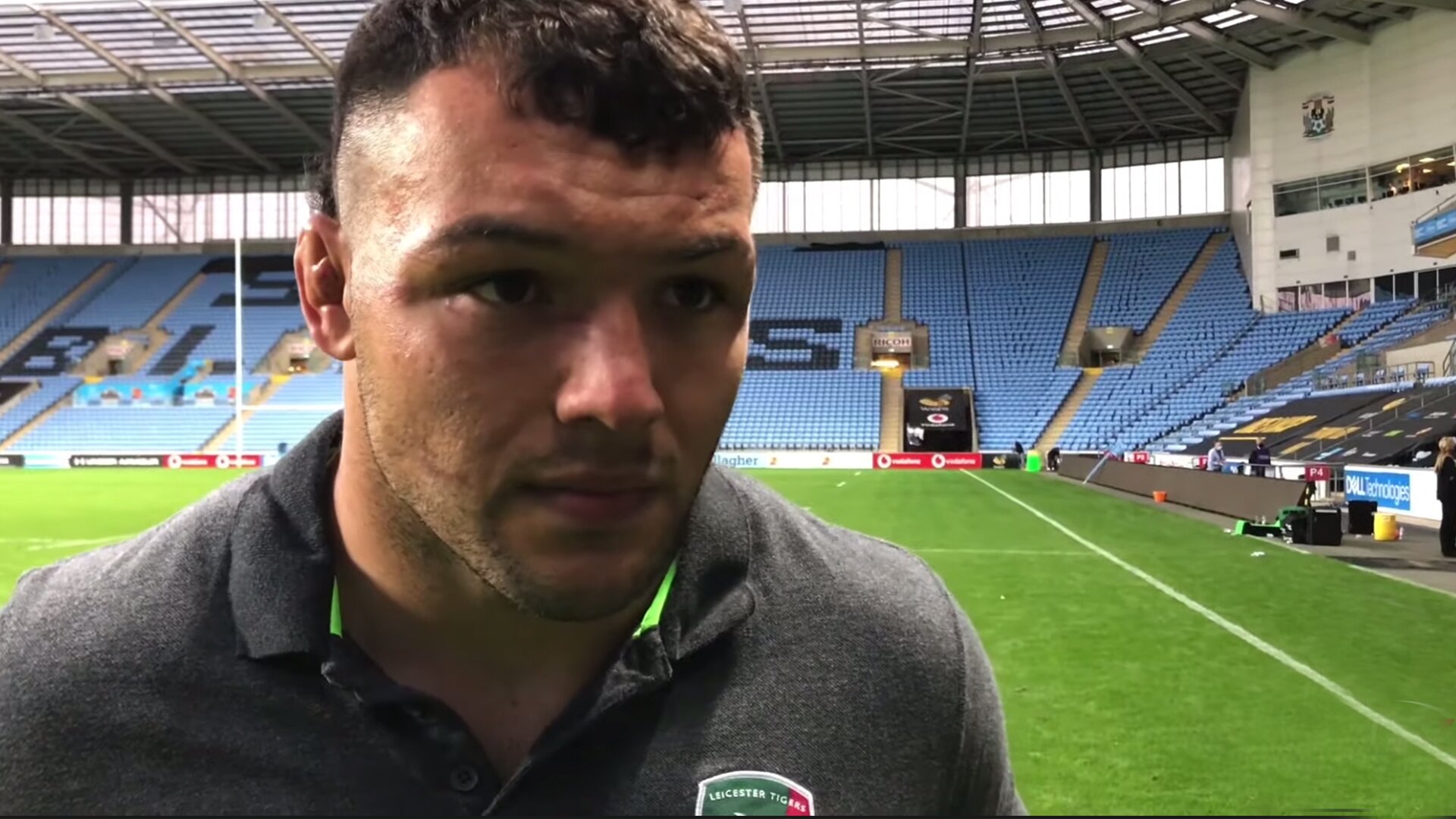 Newly-named Leicester Tigers captain Ellis Genge has launched a brutal assessment of his teams embarrassing drubbing to Wasps in an interview last night.

The 25-year-old prop known as, the Baby Rhino spoke to Leicester Tigers TV after this team lost 54-7 in Coventry, one of the worst losses in their history.

Ellis Genge didn’t shy away from any of his team’s shortcomings in a brutal expletive-laden interview.

Leicester now sit at the bottom of the table, with only Saracens who are above them. This means the team would have very likely been relegated if it wasn’t for the issues that Saracens had with the salary scandal this year.

Many commended Ellis Genge for how honest he was in this interview after such a humiliating loss to Wasps.

Class how @EllisGenge just says it how it is, rugby needs these honest characters. Keeps the game real and relatable to the everyday person. Well played sir

@EllisGenge great to hear your honesty tonight, all those critics need to realise there is no magic answer at the moment but if we can keep guys like you it WILL come back! Good luck with the new arrival!

Regardless of the result, @EllisGenge is exactly the type of character needed in the club and I would be fully behind him as a captain.

Wasps were impressive yesterday, but any team could have put this Leicester side to the side, they were awfully bad.

Here is the interview where Stone Genge truly holds nothing back. The prop surely has been approached by other big clubs like Bristol recently, and he has to stay for this.

Not good at all.

Nothing else to say tonight…

The said it all.

We go again, on Sunday at home.

A blunt and brutal assessment of the unacceptable loss from Ellis Genge on … pic.twitter.com/QKlY09GYIb