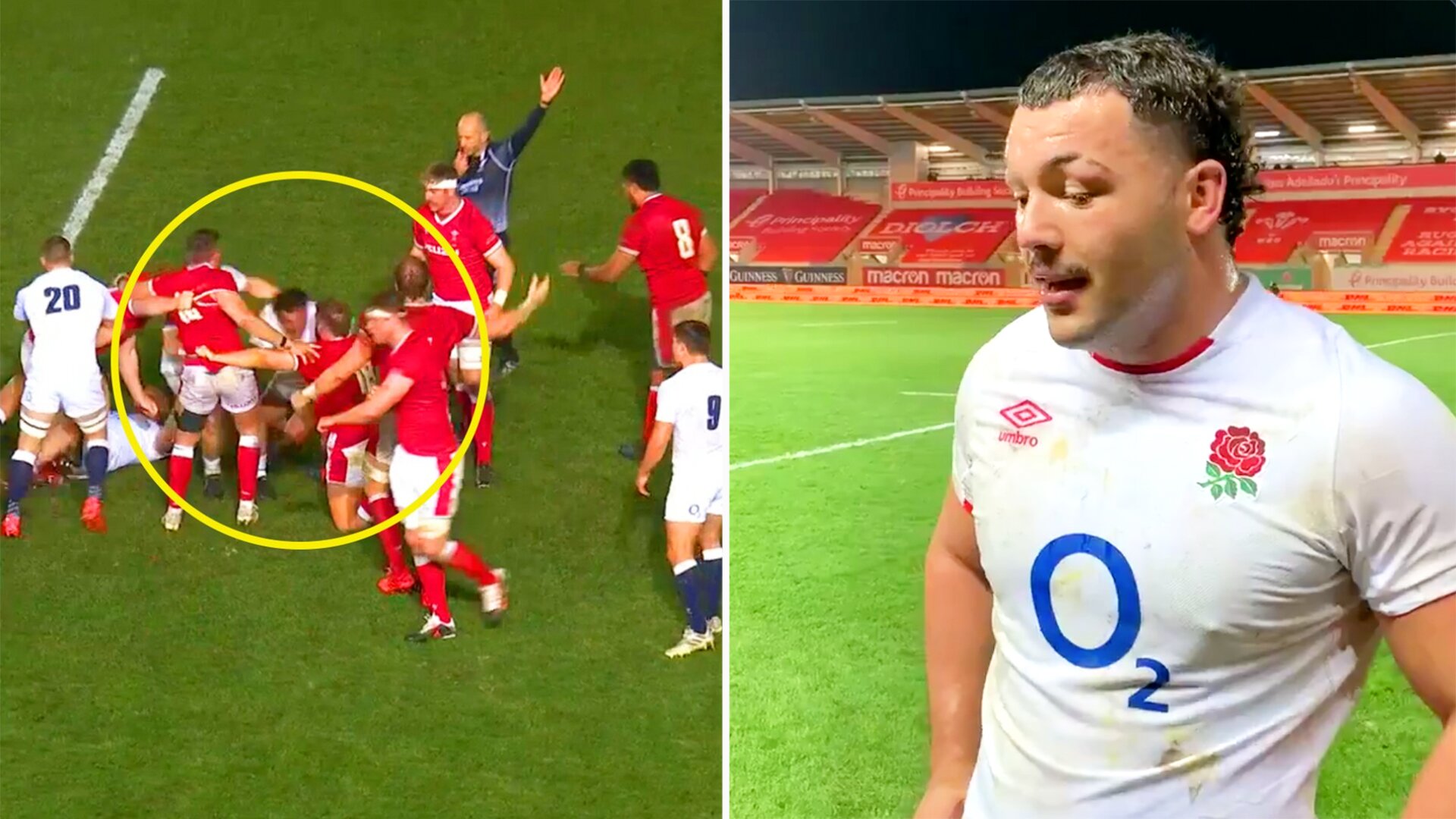 It’s been quite the day for England star, Ellis Genge.

The Leicester skipper starred in his countries 13-24 win over Wales at Parc y Scarlets after making a lively appearance off of the bench to help his side seal a hard-fought win.

He was, perhaps, getting himself a little too stuck into the thick of things after this controversial moment in the closing quarter of the clash.

Fans on social media picked up on an alleged head-butt in the 74th minute of play in the immediate aftermath of a scrum collapse.

In the footage, we see as both packs go down and with he play carrying on up the field.

We then watch as Ellis Genge charges at Tomas Francis who is on his knee’s on the floor. It appears that the England prop is leading with the head as he launches towards his opposite man.

The players tussle on the ground as a brawl breaks out around them. Watch the controversial moment in the video below.

Genge headbutt clear as day yet not picked up by officials or commentary. Have a word. pic.twitter.com/xEFicrQuDd

Some fans speculated that Genge was pushed before the incident – leading him to go straight into Francis but appearing to lean in for a headbutt.

We’ll let you decide for yourself but the man himself has now responded to the claims against him.

On the player’s Twitter feed he had those to say.

So it would appear that from Genge’s point of view he was pushed into the opposing prop. This could perhaps answer why no players around them seemed to kick up any fuss after the collision on the ground.