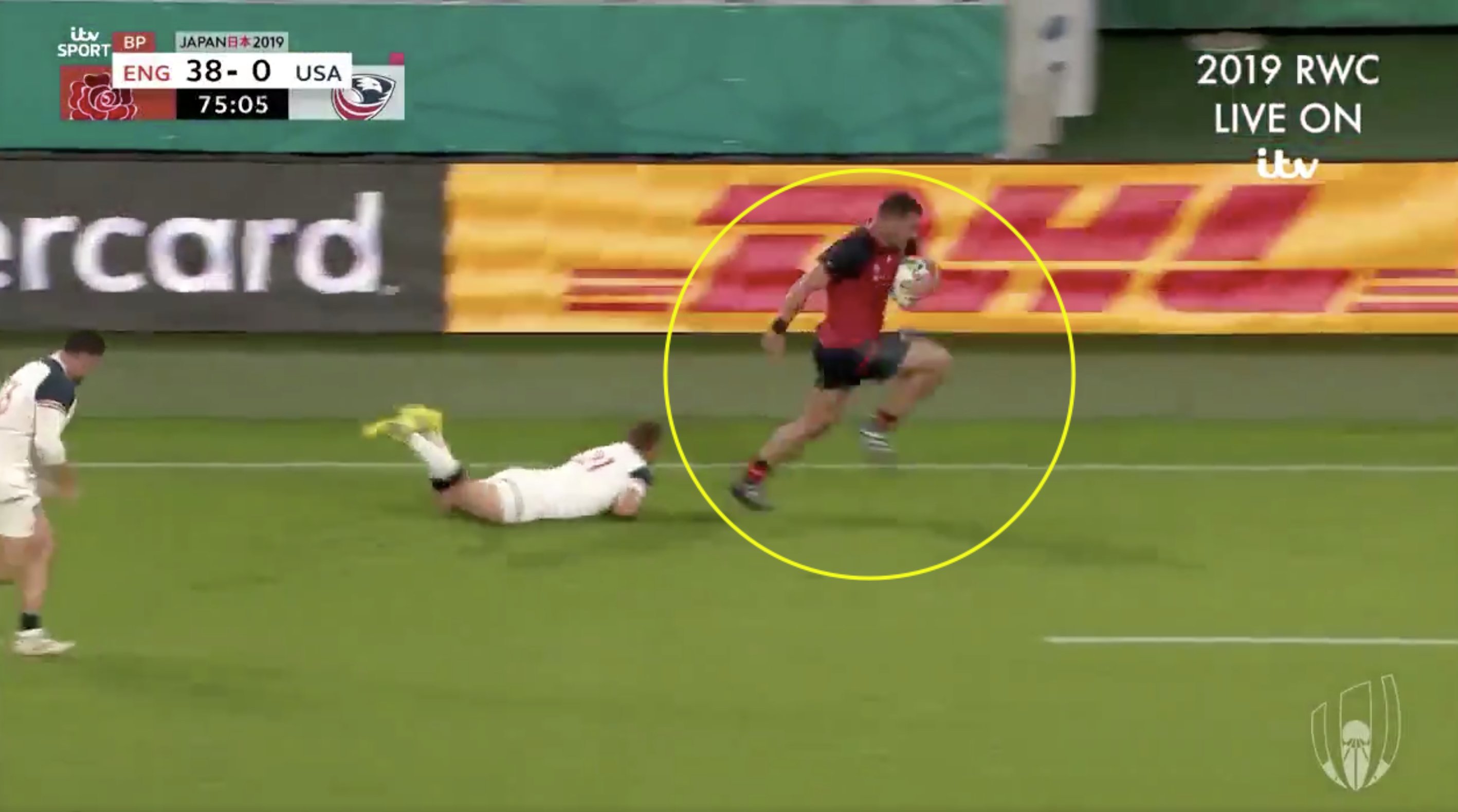 Everyone is raving about Ellis Genge and his terrifying solo run

What a fantastic solo run from Ellis Genge here, there’s no way anyone is going to catch the Stone Genge here. The more we watch this lad, the more we are amazed at just how fast and powerful he is for a prop.

He truly is a new breed of prop!

The reaction to his run online was refreshing to say the least.

The Rugby World Cup Twitter even got involved with the banter by making a thread dedicated to all things Ellis Genge/Rhino related, in a hark to his nickname “The Baby Rhino”.

Genge has made a name for himself as a destructive prop with no fear of running and battling literally anyone. This was no different here as Genge lay waste to the players around him.

We love this thread.

Bath Rugby’s Charlie Ewels has today been confirmed as Club captain ahead of the first home fixture of the 2019/20 campaign.

The homegrown second row has taken over the responsibility from Matt Garvey who served in the role for the past two seasons.

Ewels is a product of the Club’s Academy and Regional Player Pathway and today’s news confirms Bath Rugby is delivering on its ambition to develop a core senior squad, comprising of at least 50% homegrown talent by 2023.

“As captain, I run out of the tunnel first, but you’d be naïve to think one guy can lead a team on his own. We have an emerging group of leaders who all drive standards. A number of our guys have captained our team on a match day and know what it’s all about. You need strong leaders around you and guys who believe in the same things and understand what we’re trying to achieve. This is all starting to form for us now and I’m fortunate to have a great group of players around me that can help me play my best rugby too,” commented Ewels.

The 24-year-old, who has 12 international caps and has just returned from training with England’s World Cup Squad is a natural leader having skippered Bath on 10 occasions during the 2018/19 season.