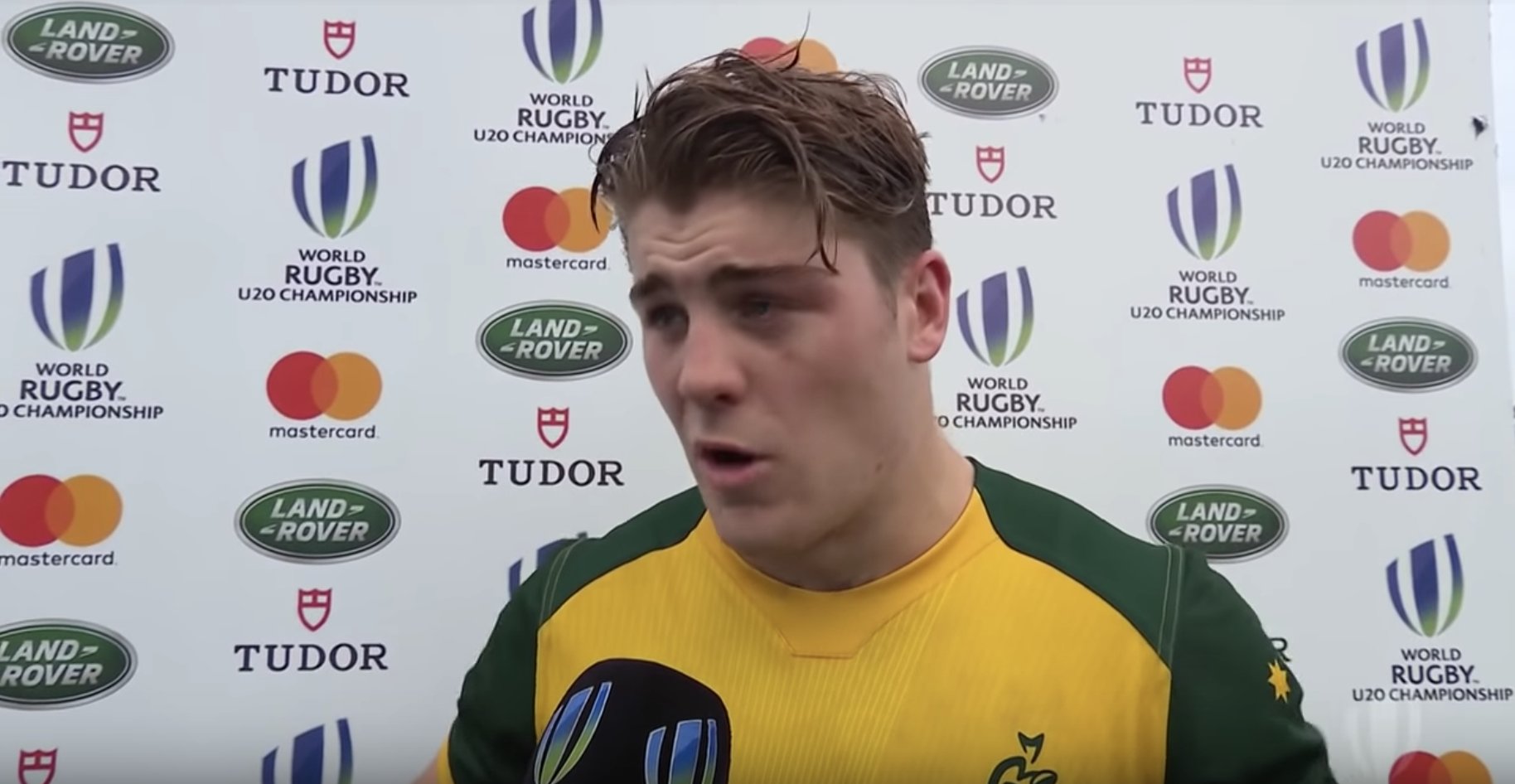 This really was quite a special interview from the Australia Under 20’s captain Fraser McReight. He was clearly emotional after the men in gold narrowly lost to France in the final of the Championship.

He has been touted by many to be the next big back row in Australian rugby and it’s clear that he has the passion required to be a strong leader in the future. Being emotional like this isn’t a slight at all, it shows that Wallaby rugby still has people that truly care about taking their team back to the top.

Let us know what you make of it we think it was brilliant personally. France have now won back to back Championships but Australia have had a promising tournament despite losing to England in the early stages.

There were absolute scenes on the French side of things as well as they wildly celebrated winning for the second time in a row. The interview from their team leaders was entertaining as well but we’re not sure if we would say it had quite the emotional sentiment that McReight had.

It’s common knowledge that nationally French rugby is struggling after a poor Six Nations in 2019. However they certainly have a lot to be optimistic about if this is the standard of rugby that their youngsters are playing.

The 32 year old winger will not be replaced in the squad that assembles at Pennyhill Park Hotel today.

Ashton, who has been capped 44 times for England, said: “When I returned from Toulon last season it was for two reasons; firstly for my family and secondly to try and realise the dream of playing for England again.

“Pulling on the white shirt is always special and I’m grateful to Eddie for giving me the opportunity to have done so again.

“My wife, Melissa, is pregnant with our second child and I don’t feel it is right for me to commit to being away in camp at this stage.

“In the meantime I wish Owen and the boys all the very best with their preparation over the coming months.”