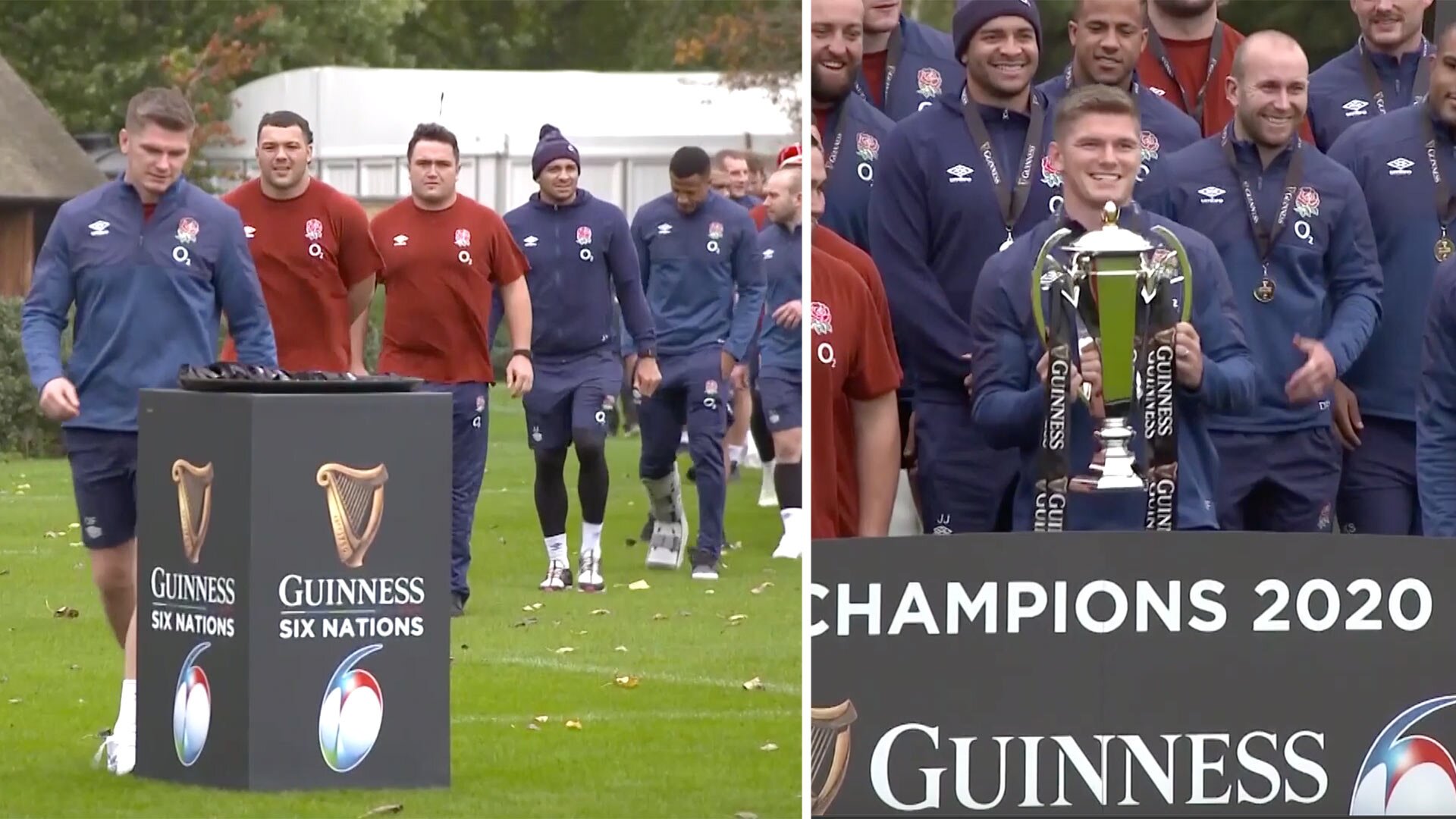 England has just featured in a surreal trophy ceremony to celebrate their Six Nations win this weekend. It shows just how strange these times are!

The England team had to present themselves with medals for the win, and there was no crowd for the trophy ceremony.

It was far more subdued than any other team winning the tournament before, but the team looked pleased nonetheless.

In other news: Brian Moore apologises for Bulimia joke and Nigel Owens forgives him

BBC commentator Brian Moore has apologised for his ‘bad comment’ about bulimia during the Ireland France match in Paris last night, and he’s received the support of Nigel Owens, who suffers from the eating disorder.

Moore jokingly questioned whether Ireland veteran Cian Healy was vomiting due to ‘bulimia’, a comment which triggered a medium-sized typhoon of condemnation on social media platform Twitter.

The former England hooker – who has more than 250,000 Twitter followers – apologised for his on-air faux pas. “Yesterday I made a bad comment about bulimia – it shouldn’t have been made and I apologise.”

Owens opened up about his ongoing battle with bulimia back in 2017. “I’ve spoken about dealing with bulimia in the past but have never before revealed that to this day I continue to struggle with an eating disorder,” said Owens, speaking in 2017.

“Since the age of 18, I have had bulimia nervosa,” wrote Owens. “It is a disorder of overeating followed by fasting or self-induced vomiting or purging.

“It was a secret I was still battling to control as I stepped on to the pitch to referee the Rugby World Cup in 2015.

Owens became bulimic after struggling to accept his sexuality, and with his weight ballooning, started making himself sick as a teenager.

“I loved food then as much as I do now. I’d eat all I wanted then go the loo and make myself sick.

“I suffered from mild colitis, a bowel condition, so would use that as an ideal excuse to friends when I had to slip off to the toilet all the time. I was lying and being sly which only exacerbated my depression.

“Before long I was bringing up every meal I ate. Over a period of four months, I’d lost five stone.”

He beat the disease back but it resurfaced in the run-up to the 2015 Rugby World Cup, when he struggled to get in shape for the flagship tournament.