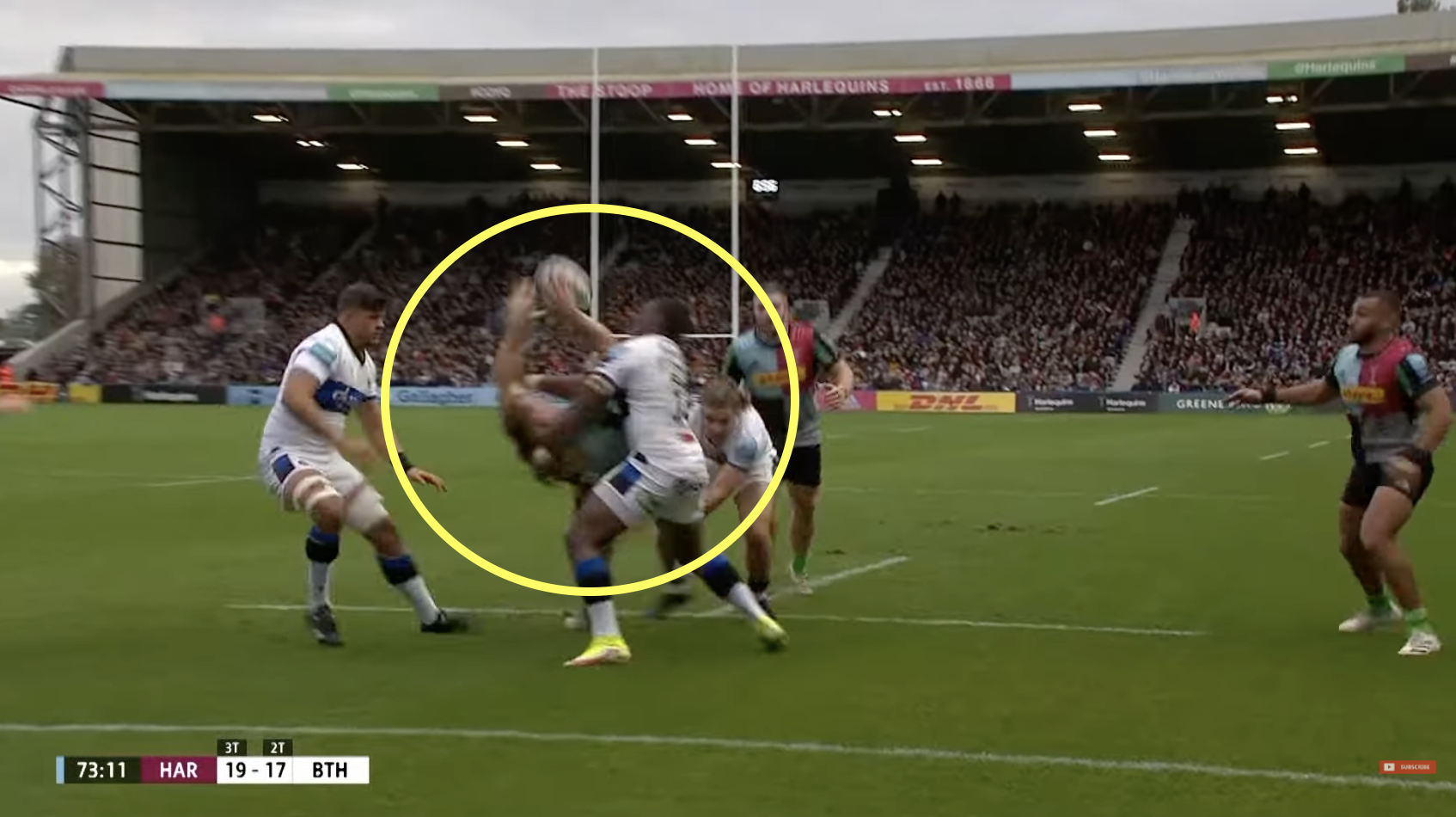 Although Billy Vunipola is out of the picture for the time being in England colours, there is still a huge battle for the No8 shirt in Eddie Jones’ squad this autumn.

Harlequins’ Alex Dombrandt and Exeter Chiefs’ Sam Simmonds are both battling to start at the back of the scrum in November after the pair had breakout summers. Despite struggling to impress Jones over the past two years, Simmonds was selected by Warren Gatland for the British & Irish Lions tour of South Africa, while Dombrandt earned his first England cap against Canada soon after helping Quins secure the Gallagher Premiership title.

Both players have their strengths and will split public opinion on who should start, so some individual moments of brilliance could be decisive. Fortunately for Dombrandt, he may have produced that on Saturday against Bath when setting up Joe Marchant’s try.

With two players tackling him, the 24-year-old was twisted and contorted all over the place, but just before he landed on his back, he was able to flick the ball away to Marchant who dotted the ball over. Dombrandt is showing with every game just how good his offloading and distribution game is. There does not seem to be a moment where he is unable to get the ball out of contact if he wanted to, with his performance against Bristol Bears a few weeks ago being a particularly noteworthy display. A player like Simmonds can certainly do things on the field that Dombrandt cannot, but in the handling department the latter leads the way.

The lack of offloading and any attacking fluidity has been a feature of England’s play in 2021, so the Harlequin could be pivotal in unlocking defences as England prepare to face Tonga, Australia and the Springboks in November.

Take a look at his handiwork: