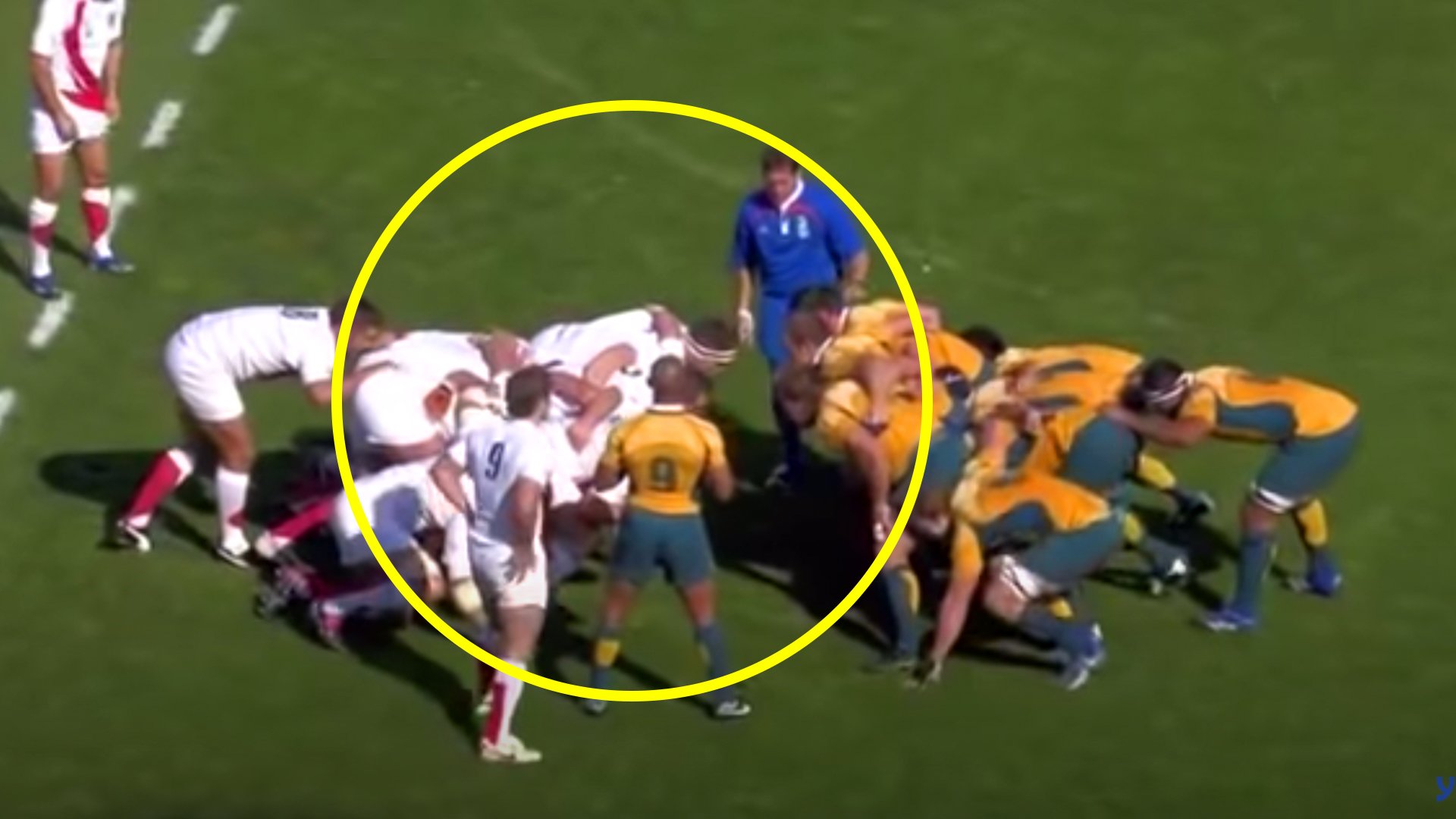 In rugby, people always celebrate the great tries, the wingers receive the praise. But there was a time when one forward was the star. His name was Andrew Sheridan, and he was a prop.

Back in 2007, English prop Andrew Sheridan put on one of the most dominant forward displays that we have ever seen to help underdogs England beat Australia at the 2007 Rugby World Cup in France.

The 6ft 4 130kg front-rower was known for his scrummaging and power in the pack. But this display on that fateful day will forever be known as one of the best scrummaging performances from a forward ever.

Rugby fans who commented under this video show just how dominant Andrew Sheridan was that day.

– Australia were trying to get to uncontested scrums. Manshamed throughout. Sheridan was monstrous. Shame he didn’t get more caps.
– Sheridan was an absolute legend – I never understood why he never got the recognition that his physical prowess and skill deserved. As a Welsh rugby fan, I always hoped that a “Welsh Grandmother”, could have been found, before he was capped by England. What a fantastic player!
– Sheridan could bench press over 500lbs. In good shape obviously but he was one of those naturally strong freaky people, add that to a 6’5″ frame and he is a handful for any opponent on any day.
– England didn’t have a very good team that year, Aus did. England decided the only chance they have is them having a superior forward pack. Scrums seems to have always been the soft underbelly of Aus rugby. England scrummed and rucked Aus off the park that day…
– I played schoolboy rugby alongside Nick Easter (we were the locks) and had Sheridan at #8 behind us (Dulwich 1st XV in 95/96).. Andrew was 15 playing 3 years above his age group and was already by far the biggest bloke in the team.. he was a gentle giant and used to talk about when he was gonna hit his growth spurt.. which we all laughed at.. but I guess we shouldn’t have! Is great to see what they both went on to achieve. I wish I had even been a 10th as good as them at rugby!!
Rugby Onslaught
@kick_francis
Sharing