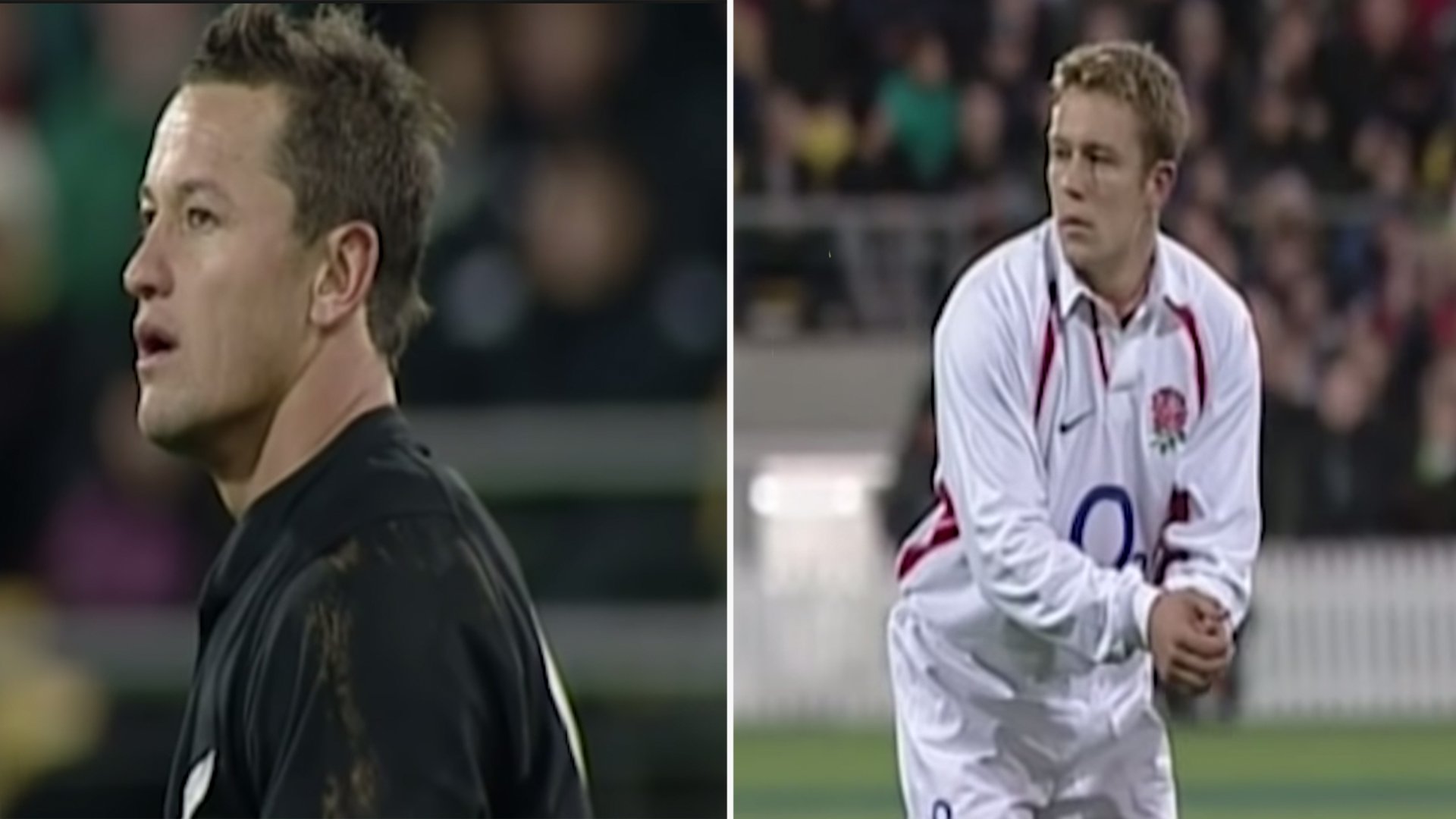 England rugby has released full footage of the match in 2003 when England and Jonny Wilkinson defeated New Zealand in their own back yard. Wilkinson outshined Spencer in this clash in a game which would be remembered for years.

The match is from June of 2003, and it was a massive match to see who was on top between England and New Zealand at the time.

The England rugby social media team released the full replay of the 2003 match on their platforms on Saturday evening.

The match was important because many questions were still in the air  at the time about whether England or New Zealand was the best rugby team in the World at the time.

England had just won the 2003 Six Nations whilst New Zealand had some of the best rugby players in the World including Carlos Spencer, Doug Howlett and Tana Umaga.

The match here shows the debuts of players like Ma’a Nonu, a player who would go on to be one of the greats in New Zealand rugby history.

The match was dubbed as a titanic clash between Carlos Spencer and Jonny Wilkinson to see who would be the top fly half in this encounter.

Spencer was seen to be the exciting, outrageous 10 who could score from anywhere on the pitch. Whilst Wilkinson was the wonder boy of World Rugby, coming hot off a Grand Slam win against Ireland, where he was man of the match.

The match itself was a bitty affair, with heavy wind affecting how the match played out.

But Wilkinson managed to kick 5 penalties in the heavy wind, whilst Spencer didn’t manage to slot even one of the difficult kicks.

The youngster was just 24 at the time, showing maturity beyond his years to beat his opponent who had far more experience playing against him at the highest level. Wilkinson was in his complete pomp here against Spencer!

The clip below encapsulates how much more dominant that he was on the night, scoring a kick from the touchline in high winds.