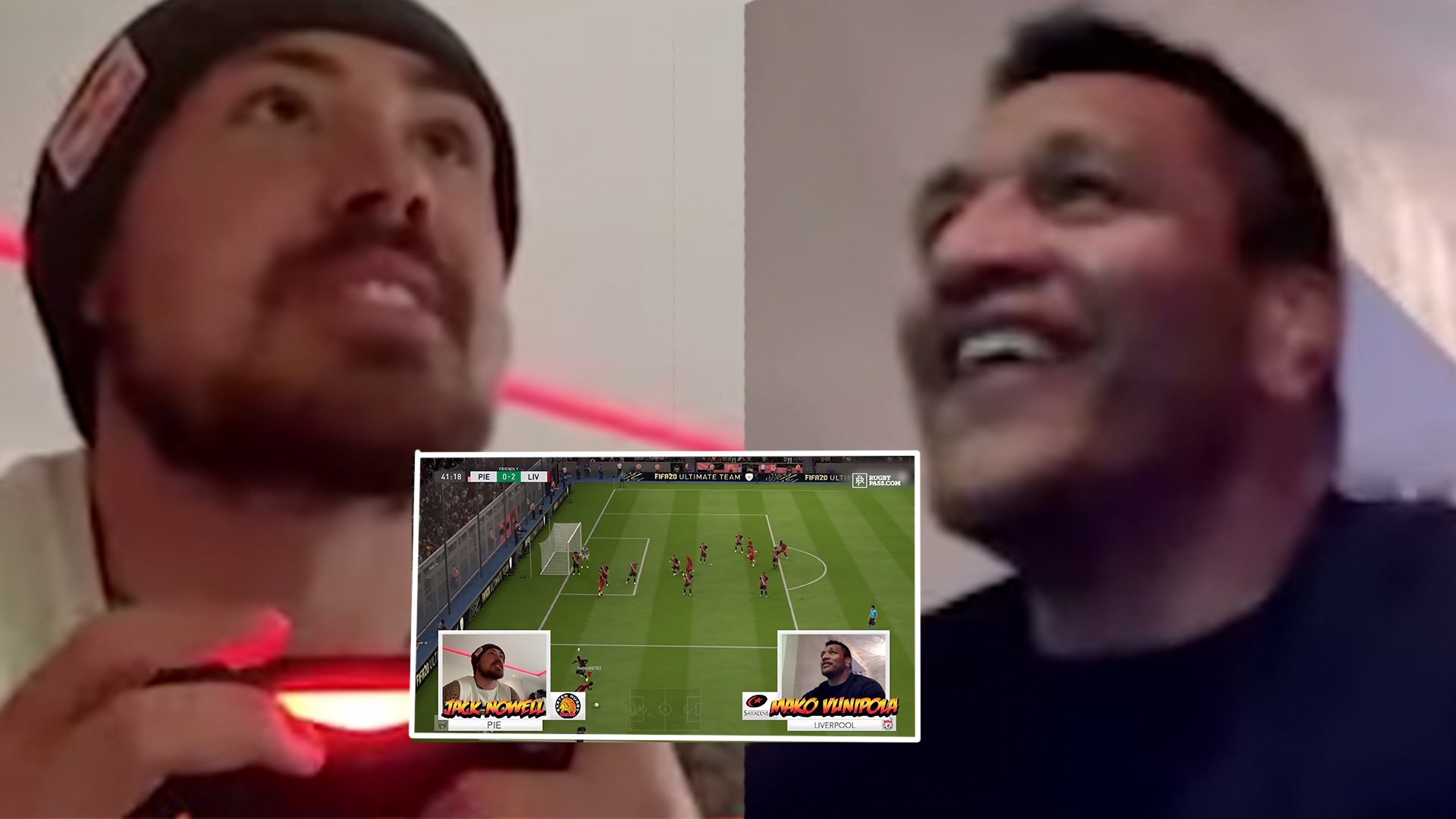 England rugby players play each other on FIFA and get hilariously way too competitive. Jack Nowell of Exeter Chief and Mako Vunipola of Saracens battled it out on the game and the whole thing was filmed.

Both the rugby stars played each other on the football video game tonight and the banter was fantastic to see from the pair from the off.

The pair are facing each other in the Quarterfinals of a FIFA tournament organised by RugbyPass.

It was clear from the very start that the England rugby players on FIFA were going to be very competitive, and Jack Nowell started losing his head when his teammate scored an early goal against him.

We won’t ruin the game for you but this is truly brilliant viewing if you want to see an interaction between rugby players that you wouldn’t normally see before.

Jamie Roberts isn’t the only current rugby player to turn his hand and assist the UK’s National Health Service to cope with the coronavirus pandemic. Glasgow Warriors player-coach Petrus du Plessis has revealed he has also linked up with the NHS after registering to return as a respiratory physiotherapist.

The 38-year-old South African prop recently signed a new two-year deal at Scotstoun that would see him combine playing with coaching the scrum. However, with the PRO14 season suspended, he has decided to put an old qualification to very good use and help in the fight against the virus.

Before enjoying a stellar professional career playing for Nottingham, Saracens and London Irish in England and then heading across the border to Scotland, du Plessis graduated in physiotherapy from the University of Salford in 2008 when he was playing for Sedgley Park.

Taking to Twitter to reveal his plans, he wrote: “I’ve registered to go back to the NHS as a respiratory physiotherapist. I strongly believe it’s important to have all hands on deck to overcome this virus!”
Rugby Onslaught
@kick_francis
Sharing