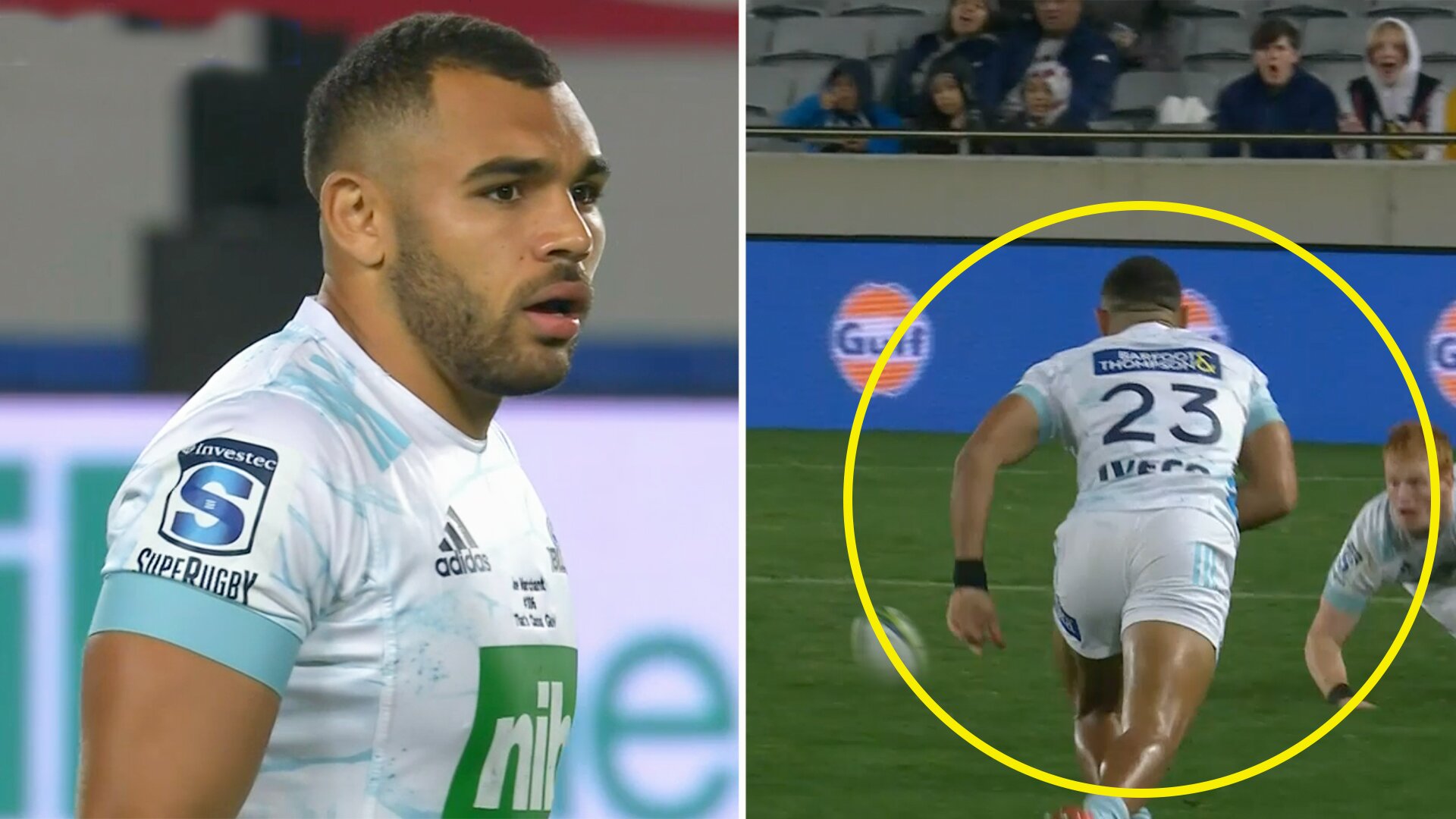 Joe Marchant has lit up Super Rugby Aotearoa this morning with a scintillating performance for the Auckland Blues.

The former Harlequins man will have impressed England coach Eddie Jones with this shift.

Big moves being made

The 23-year-old started the evening on the bench and came on on a sodden night in Auckland in the second half.

The young centre made an immediate impact with incisive running against the Highlanders.

Capped by England three times, the Blues midfield man is due to return to England for next season and will hope this impressive showing will have won over the England selectors.

He was only on for just fifteen minutes but he certainly made an impression on the encounter.

He came in on some devastating inside lines – as well as covering his opposite man well in defence.

What a threat he is off that wing! Come on Joe let’s snatch a try here pic.twitter.com/upgBUswmsW

In the lead-up to Super Rugby Aotearo’s kick-off, the discourse seemed to be that the tournament was going to be intensely physical. NZ derbies always leave sore bodies in their wake, and players didn’t hold back when quizzed on how tough the new competition was going to be.

“We certainly get some tough battles out of those New Zealand derbies,” returning Chief Aaron Cruden said in the lead-up to the competition.

“The intensity takes it up another level and the bodies are always sore afterwards – but you can deal with the sore body if you’re able to get the win, I think. That’s always the goal.”

Bryn Gatland, who came on against the Chiefs in round one of Super Rugby Aotearoa to kick a match-winning drop-goal, had similar sentiments.

“Eight New Zealand teams in a row is going to take a toll, especially, I think, on the forwards. It’s going to be pretty physical, pretty brutal, and pretty fast. There’s probably going to need to be some plan around rotations and minutes and giving some guys some opportunities.”

Despite the physicality of the contests, however, players that haven’t been required to turn out for their Super Rugby sides this weekend are turning out in droves for their clubs.

While there’s no doubt that playing back-to-back-to-back derbies is taking its toll, the fact that there’s been so little rugby for so long due to COVID-19 means players are champing at the bit to play any football – even if there’s a chance they’ll have plenty on their plates in the coming weeks.

Of course, most of the men who are getting involved in club rugby this weekend are the players who’ve spent more time on the training pitches with their Super Rugby teams and less time on the pitch. Savea, in particular, wasn’t able to take the field for the Hurricanes during the original Super season due to injury so has clocked up just one and a bit games this year. You imagine that any opportunity the All Blacks loose forward gets to play will welcomed with open arms.