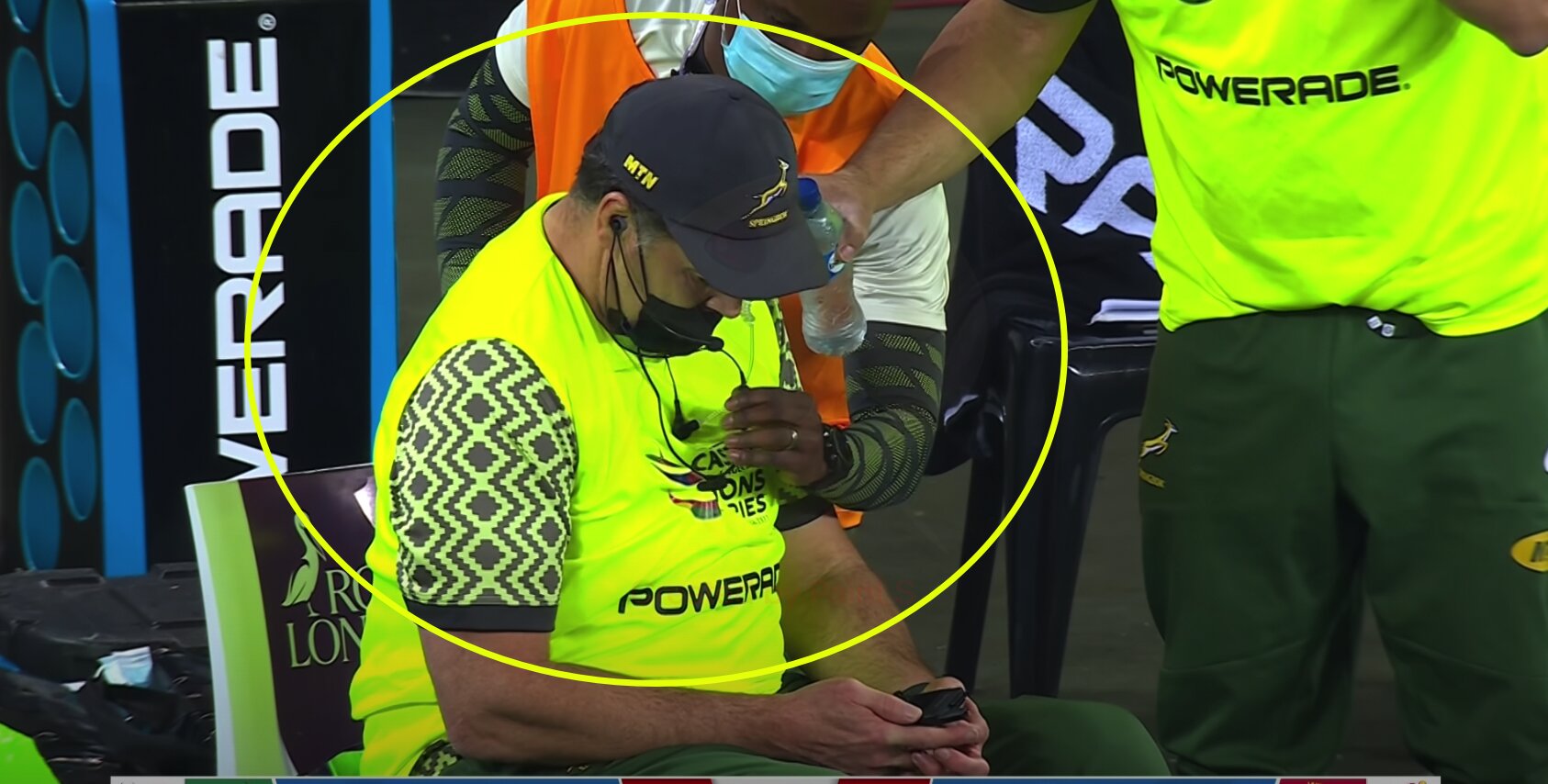 Erasmus’ job looks to be under threat by newcomer

The world is still making its mind up as to whether South Africa director of rugby Rassie Erasmus is secretly masquerading as the Lions’ arch nemesis Jaco Johan at night, but one thing that is certain is he is the Springboks’ current water boy. That is for now.

Erasmus has been running the touchlines in recent Springboks matches armed with, and occasionally without, bottles of water, and he has said that he will continue to play that role, regardless of how dehydrated his team become. However his job may be under threat by none other than Duane Vermeulen.

The Springboks No8 is the new up and coming water boy on the block and is gunning for Erasmus’ job. Like everyone, Vermeulen has had to start somewhere, and was cutting his teeth as the Bulls’ water boy against the Lions on Sunday in the Currie Cup. But on current form it is only a matter of time before he gets his international water boy call up and Erasmus will know that.

The World Cup winning coach will have to carry water in the second Test against the Lions this Saturday like a man whose job depends on it. This means he will need to bring water with him every time he runs onto the pitch, knowing Vermeulen will not be making the same mistakes. What’s worse is that his fluorescent H2O vest makes him easily visible to the millions watching.

Sometimes pressure like this brings out the best in people, but any slip up will mean it is back to the coaches’ box for him.