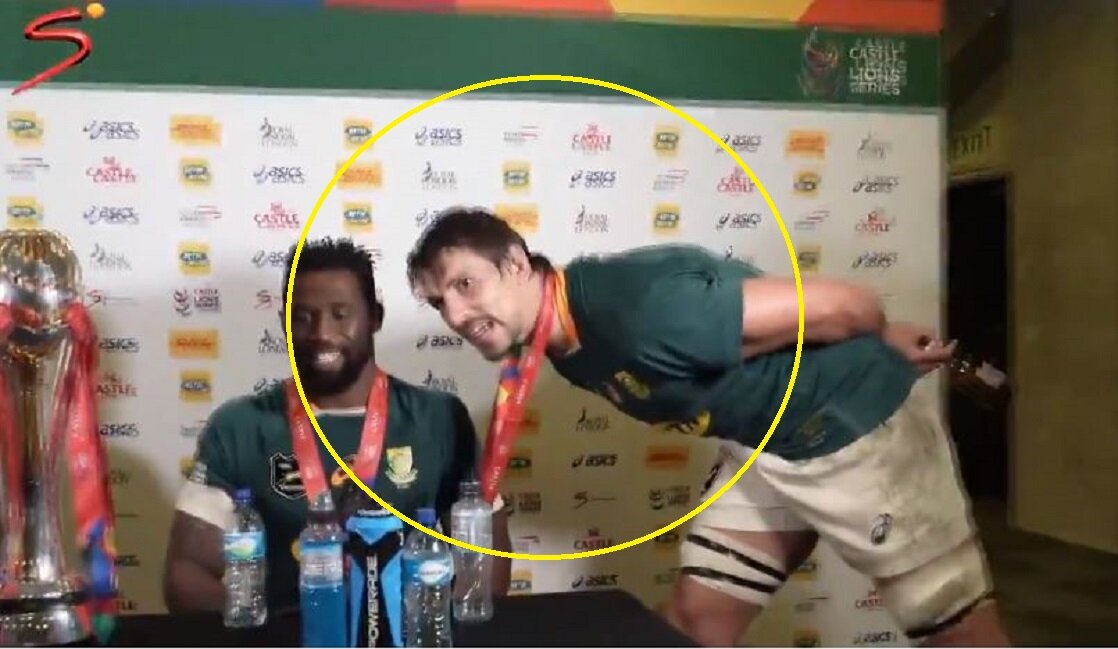 It was the moment this tour needed, a moment of light-heartedness amidst all the angst and angry rat-a-tat-tats in the media. Eben Etzebeth dropping by on Siya Kolisi’s post-match press conference to ask ‘uthini’?

Was the context Springbok fans? What does this mean?

This may be the best clip of the entire #CastleLionsSeries 🇿🇦 pic.twitter.com/GIBo7oqfog

Their motto of “not looking for excuses, but finding solutions” helped the Springboks on their way to a 2-1 win in the Castle Lager Lions Series, Springbok head coach Jacques Nienaber said on Saturday after a pulsating 19-16 win in the decider at the Cape Town Stadium.

Nienaber explained that despite the early setbacks to their campaign, they were determined to find the solutions to whatever they encountered on what proved to be a series-winning campaign, the first for the Bok coach since he was appointed in 2020.

“Our attitude was ‘let’s move on and find the solutions’,” said Nienaber.

“There was so much experience in the squad, so we could manage to get the work done in the end. Our biggest challenge was getting time to prepare – we had some COVID issues and had to sit in hotel rooms for a week. We lost a week, but there was never going to be time for excuses. We made it work.”

Springbok captain Siya Kolisi elaborated on the team’s motto: “I cannot explain in words – this group had so many challenges, with our first proper training just before the first Test.

“We decided though that there will be no excuses – people would not accept that anyway. We knew if we step onto the field, we needed to be ready to play,” added Kolisi.

Nienaber said the same happened on the field, with a number of substitutes making serious interventions, including Morné Steyn, who kicked two late penalty goals to clinch a pulsating third Test.

“I had my head down between my legs when he kicked that last penalty goal, to be honest – I just could not watch,” he admitted.