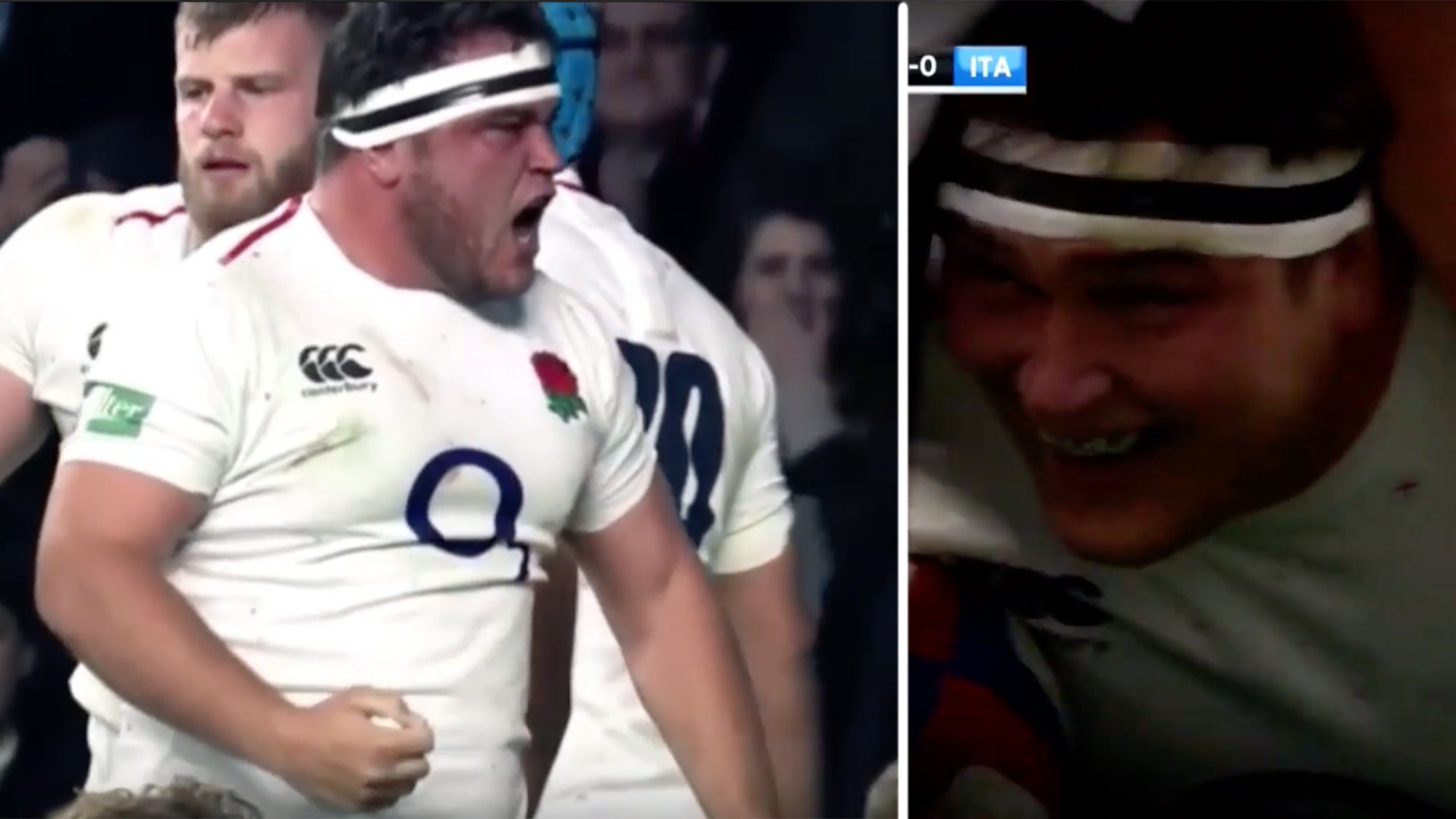 We were on the tube last night and we stumbled across this epic new highlight reel that has been made on the England front row sensation. Jamie George is insane!

The 29-year-old front row is now England Number 1 choice option in the front row and we can see why he is seen by many as the best hooker in the World.

What makes Jamie George the best in his position is because he isn’t just good at scrummaging and lineouts.

He is strong at running, he has a great pass and he can even kick!

Look at how many skills he has in this highlight reel!

Jamie George will play in England’s must win match against Ireland tomorrow.

Ben Earl has emerged as Eddie Jones’ latest hybrid experiment after being picked as a multi-role replacement for Sunday’s Guinness Six Nations clash with Ireland at Twickenham.

Earl will supply back-row and three-quarter cover for a game England must win if they are to remain in title contention after being picked on a bench that shows a six-two split between forwards and backs for a second successive match.

In a curious team selection, Jones has named five locks across the 23-man squad, given Jonathan Joseph his first start on the wing and restored Elliot Daly at full-back, thereby revisiting an experiment that had previously been abandoned.

But Earl’s presence is the most intriguing with the 22-year-old Saracen set to win his second cap having made his debut against Scotland a fortnight ago.

Jones previously saw wing Jack Nowell as a player who could also cover flanker, but the tackle-busting Exeter Chief has rarely been fit and misses the entire 2020 Six Nations because of an ankle injury.

Jamie George is one of the constants in this English team now and he will need to perform at his best if they want to win tomorrow.