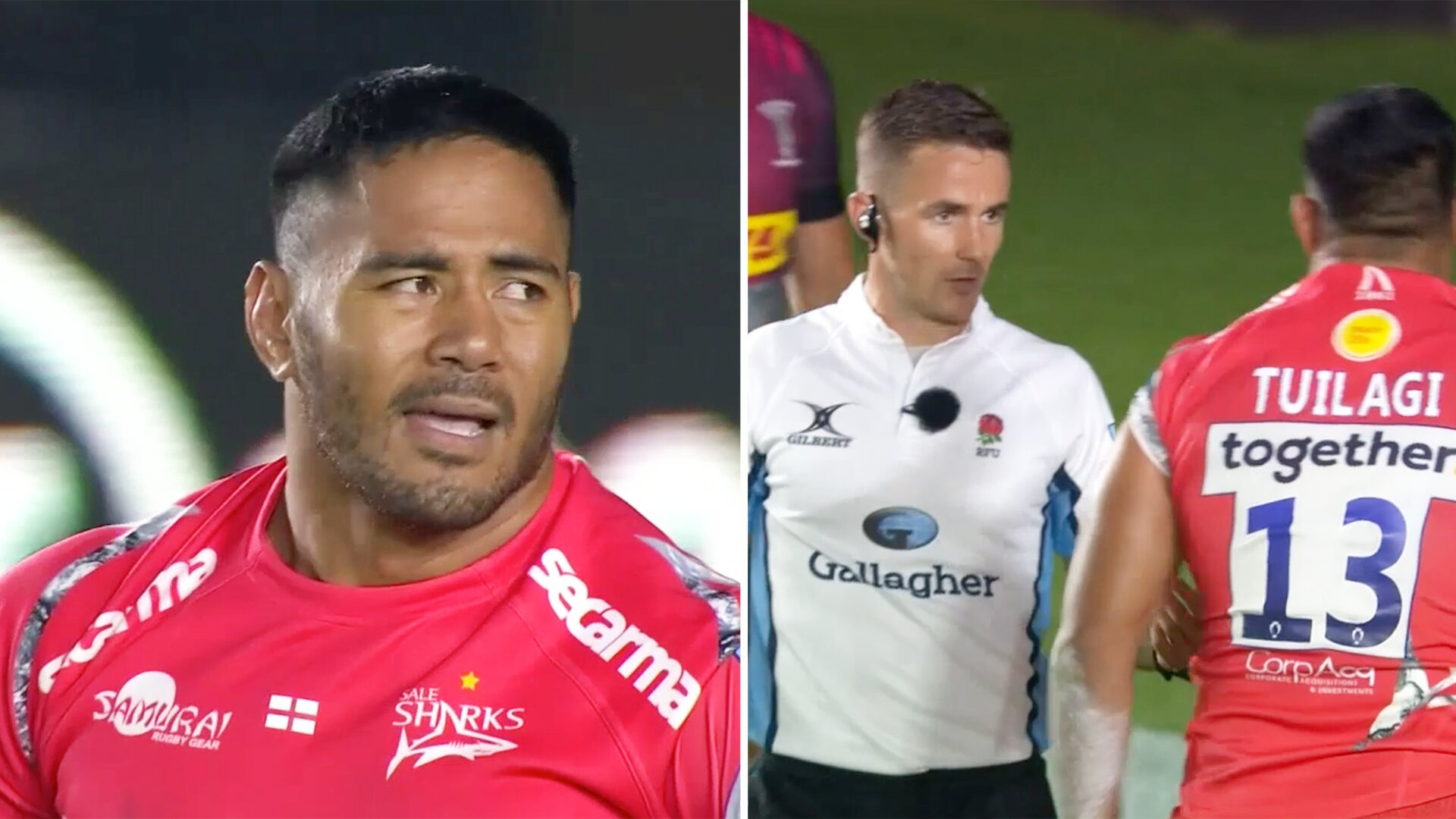 Manu Tuilagi had an underwhelming evening at the Stoop last night.

After his move to Sale Sharks from Leicester in recent weeks, all eyes were on the England star to light it up for the title contenders.

Alas, despite his best efforts he was not able to stop his side from slumping to a 16-10 loss to Harlequins in the first Gallagher Premiership match since the lockdown period.

Steve Diamond had assembled a star-studded matchday squad that looked unbeatable on paper.

There were some standout players on the night. The Curry Twins both played out of their skins with Springbok World Champion Lood de Jager putting in a brilliant shift.

One extraordinary moment from the match that most seemed to miss – came from Manu Tuilagi.

In the dying moments of the first half it looked like the midfield powerhouse had scored on his Sharks debut as he barreled over from close range after a period of sustained pressure.

He didn’t ground the ball – but what followed was truly brilliant.

watch the extraordinary moment below

Top bloke that Manu, even if he didn’t have his best game 👏 pic.twitter.com/lxkCWsr6Lf

After Tuilagi goes over from close range we hear referee, Luke Pearce, blow his whistle.

It looks like he’s preparing to go to the Television Match Official but before he does he goes to Manu Tuilagi who’s emerging from a pile of bodies on the try line.

The England centre then appears to tell Pearce that he did indeed knock it on saving him from going upstairs for the TMO.

It’s clear from the replay that Tuilagi did drop the ball but it’s rare that you see this much honesty from a player in such a high stakes game.

What do you think? Let us know