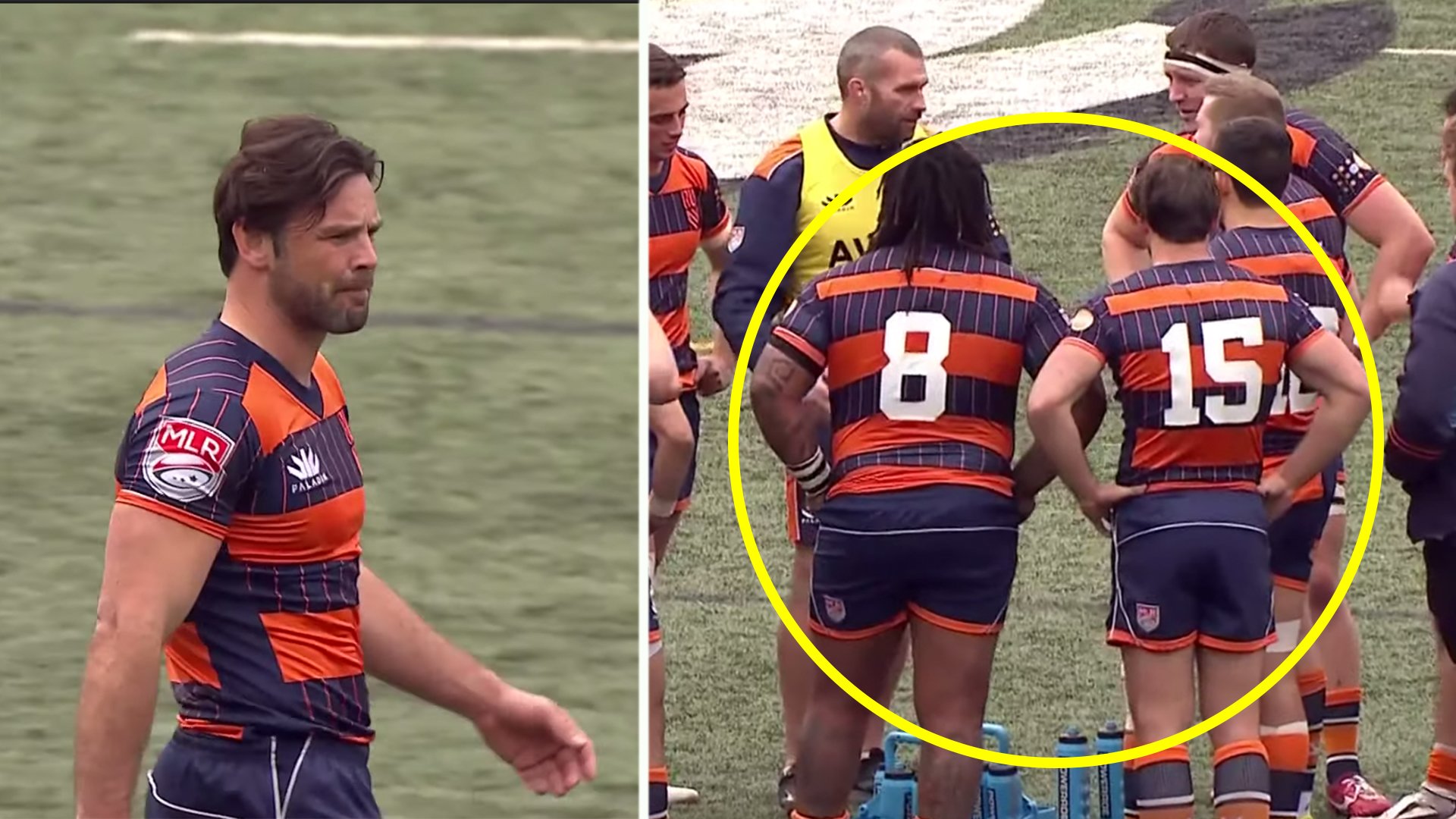 Ex England International Ben Foden is now playing his Rugby in the USA. Many may not know that. Last weekend he turned back the years to score a classic try!

The England full back played for Northhampton Saints and for England in between 2009-2015 and for some time he was the number one option for England in the 15 spots.

He is now noticeably slower than he was in his days when he played for England, but he certainly still has enough to dominate this League in America.

This was a brilliant score from him here which reminded us of how good he once was in his prime.

Foden now spends his day in the limelight outside of rugby, which is great for him.

Many of you will remember Ben Foden for performances for England back in 2011. The speedy winger was one of the first names on the teamsheet under Martin Johnson.

The 34-year-old now plays his rugby in the USA playing for New York Rugby United in the MLR.

The trio performed on the X Factor’s latest attempt the keep the show fresh, “Celebrity X Factor“. We didn’t get a chance to watch the whole episode ourselves but we did manage to watch the three players in action, and it was something else for sure.

Many rugby fans clearly loved the performance of the trio who performed their own rendition of “No Diggity”.

The performance itself from Foden, musically seemed to be very good.

We know that Foden performed on “A League of their Own” a couple of years ago and he performed amicably in that. However, this performance had a lot more ‘sex’ to it, with X Factor host Nicole Scherzinger appearing to flirt with the Englishman.

Personally, we started off watching this performance in pure cringe mode, but as the song went on, it became apparently clear that Ben Foden and the trio do actually have some brilliant voices on them.