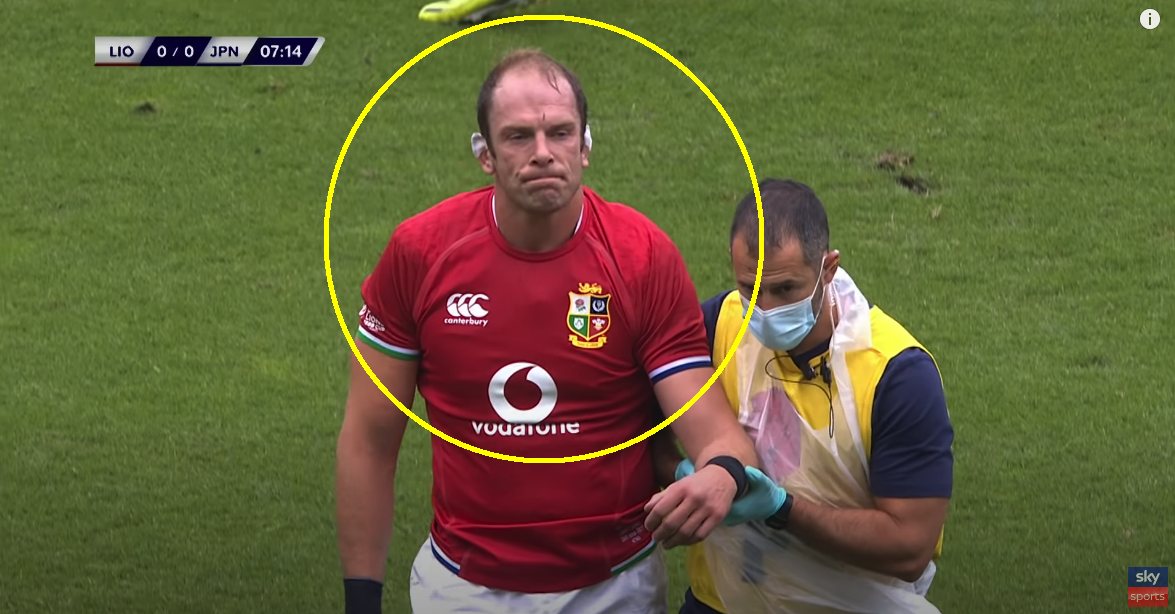 If there was anyone that still thought British & Irish Lions captain Alun Wyn Jones was the same as us mere mortals, the past three weeks may have changed their minds.

Every Lions fan will be aware of the sequence of events of the past month, which saw the 35-year-old walk off the Murrayfield pitch at the end of June cradling his arm after only a few minutes of the Lions’ opening match with Japan. It was initially thought he would be ruled out of the tour entirely with a dislocated shoulder, but 18 days later he was on a flight to South Africa ready to wreak havoc on the Springboks.

Most of the rugby world are aware of what a Herculean feat this is, but three-time Lions tourist and now pundit Will Greenwood has put this recovery into greater perspective. Having had six shoulder reconstructions himself, the World Cup winner knows what he is talking about when it comes to shoulder injuries.

Greenwood wrote on Instagram: “Having had 6 shoulder reconstructions I felt bold enough (having spoken to my surgeons – plural) to try and take you inside the body’s most mobile joint and therefore by definition one of the body’s most unstable joints… Ball and Sockets aka Humerus and Glenoid… full dislocations and subluxes the commonly known partial dislocation…

“Whatever Alun Wyn did to himself in Edinburgh we may never know but it really is one of the all time great comebacks!”

Watch what he said:

Jones will complete this sensational comeback this Saturday when he faces the Stormers. The lock will start the game on the bench, but will get a few minutes under his belt before potentially facing the Springboks a week later.