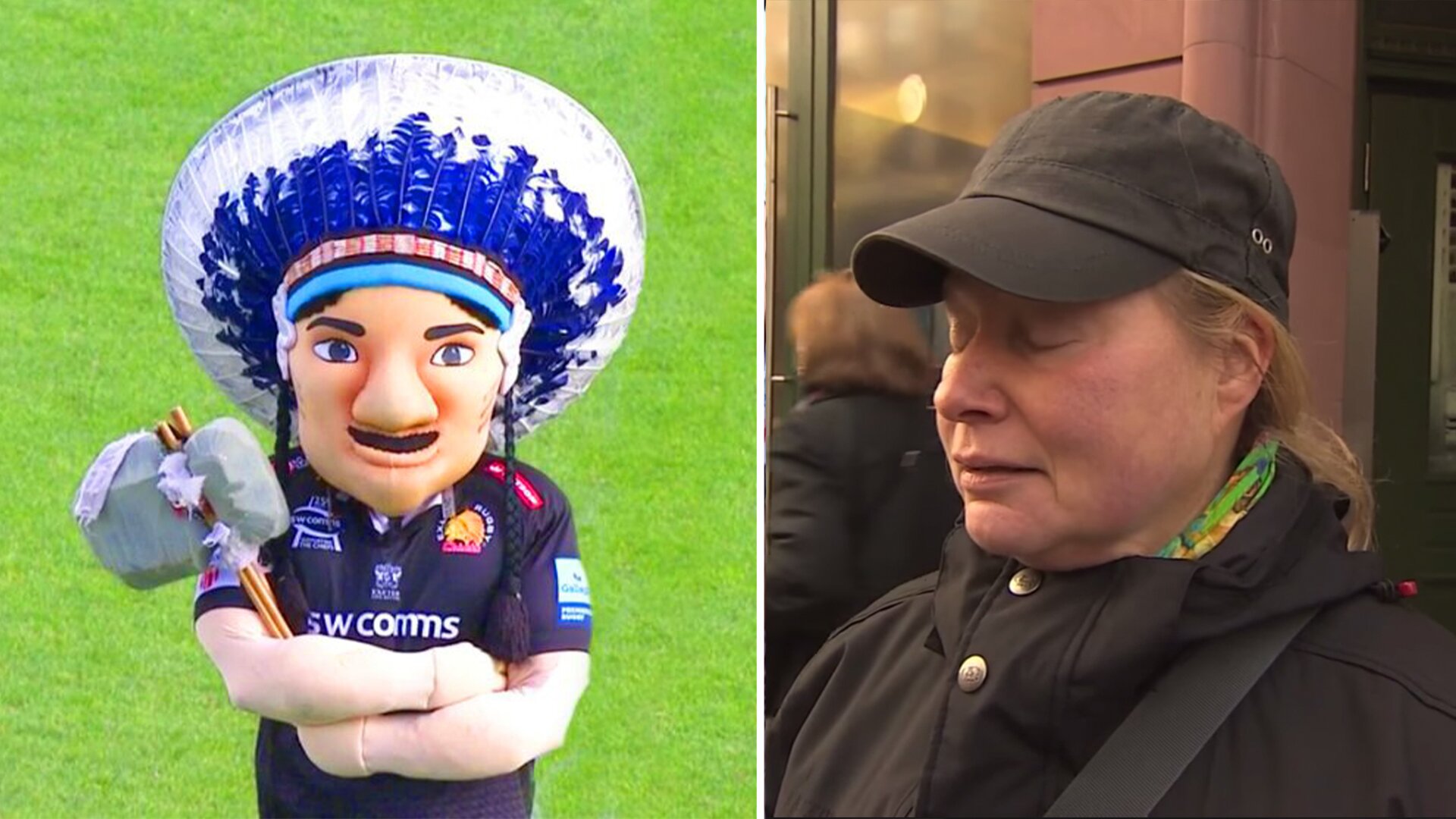 The sun rose on Exeter Chiefs this morning, with their club logo and branding pretty much still there. Exeter Chiefs fans and campaigners that wanted a change do not seem happy at all.

Exeter will continue to call themselves the Chiefs, claiming the name dated back into the early 1900s and had a long history with people in the Devon area. However, as a mark of respect to the recent controversy, they have decided to stop using their ‘Big Chief’ matchday mascot.

The decision comes after the Gallagher Premiership club came under pressure in recent months following momentum from the Black Lives Matter movement which encouraged people to educate themselves on the significance of race.

Today, fans that campaigned for Exeter to change their branding aren’t happy at all as their crusader for change suffered a sudden bump in the road.

Exeter Chiefs for change, a group that started the campaign released this statement yesterday…

The statement claims that the club are ‘tone deaf’ and sticks two middle fingers up to minorities.

Please see our statement in response to the disappointing statement just released by @ExeterChiefs. pic.twitter.com/o9t0VA3zhx

One of the primary campaigners for the change said “you will change the logo and the imagery in the end. There will be no choice.”

The @ExeterChiefs4change campaign goes on. @ExeterChiefs you will change the logo and other imagery in the end. There will be no choice. Such a pity that you have allowed outdated bigoted egos to decide that you will take the most painful route to that point. #NotYourMascot

Others fans echoed the same hurt sentiments as these fans taking to social media to air their grievances with the club.

LeAndra Nephin of the Omaha tribe of Nebraska says the native American branding is offensive.

In an interview with 5 Live, she spoke about how her rich history is being narrowed down to a stereotype, damaging the mental health of the youth in their community.

The club have decided to retain their name and logo, but retire ‘Big Chief’ mascot. pic.twitter.com/hEzV9Ia6gX

The Chiefs argued that the branding is still representative of Devon’s rich culture and therefore will not be dropping the logo or branding from their club.

Fans really are not happy at all.

Mind boggled by Exeter Chiefs refusing the change their name/logo (had for less than 1/5 of their life btw). My dudes. Not only is ‘we’re doing it respectfully’ not a good justification, but… you realise… you know you’re from Devon right? Is this the hill you want to die on?

The number of people comparing Native Americans to animals says everything! They are people not a job title, not an animal, not a mythological creature, not a historical figure: Living Human People. @ExeterChiefs this is on you. #NotYourMascot

Other fans of the club were happy to hear the news that the club will be keeping it’s branding despite retiring their mascot. One rugby fan branded the campaign group ‘far left’.

A far left pressure group has forced Exeter Chiefs to retire their mascot because it offended the EASILY OFFENDED who happen to be the minority in Britain, is the majority allowed to be offended or would that then be offensive???

This Exeter Chiefs shite is the pinnacle of bullshit. The images of the chief and the name is actually celebrating the chief as the ultimate warrior. More childish thinking from someone on the far left.

Well done to Exeter Chiefs for not bowing down to the snowflake culture surrounding sport at present. These names where never an issue before it became socially popular to stand up against it https://t.co/OQh1Zjci0A

‘It is quite clear that taking their culture and using it for branding is harmful.’

Exeter Chiefs for Change’s Alix Burhouse says the campaign group are not satisfied with the club’s decision to retain the Chiefs branding, despite retiring their mascot.