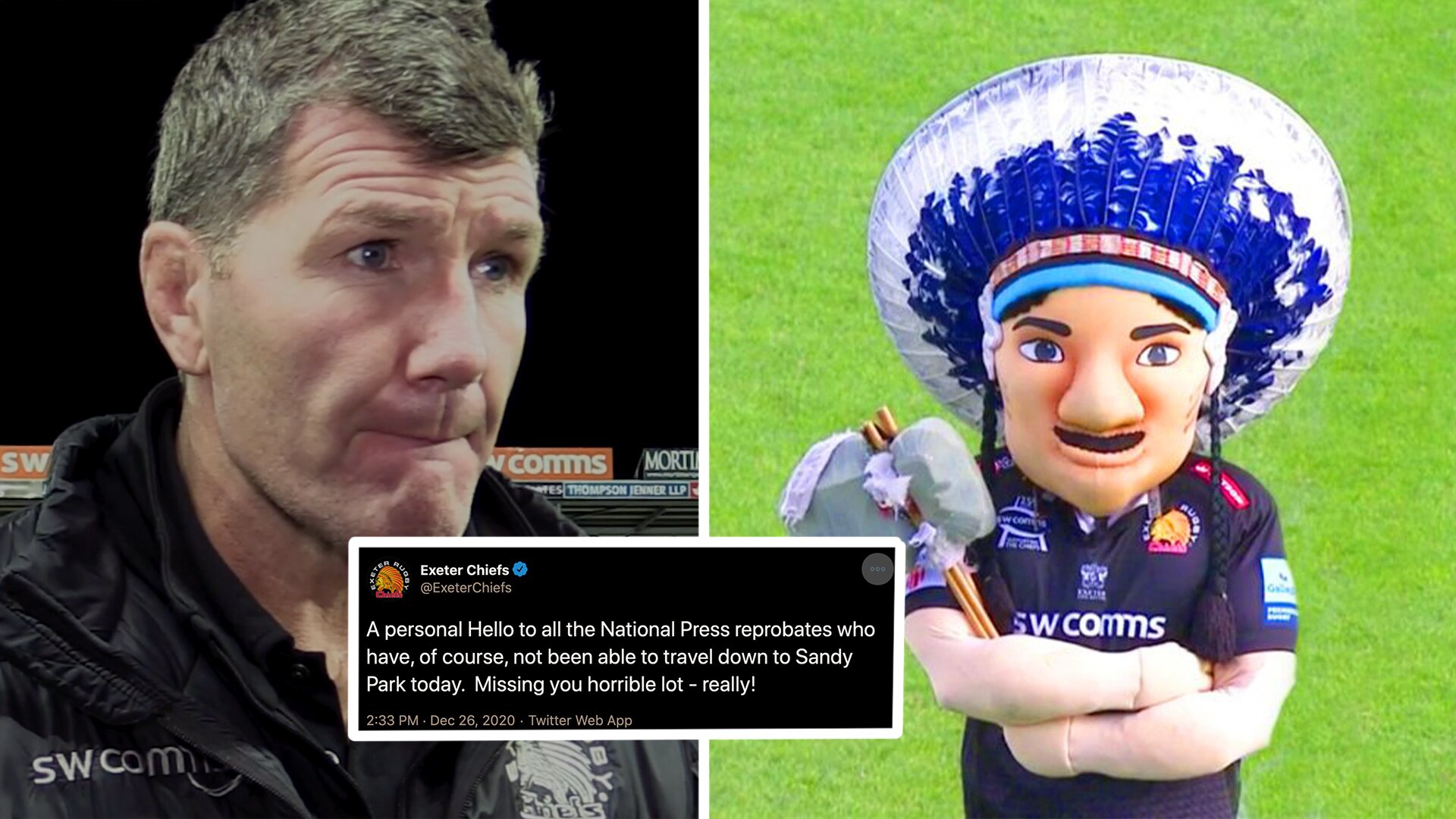 The Exeter Chiefs social media accounts have confused many of their fans and the rugby public as their social media creator left a bizarre message on their official Twitter account.

Due to the many restrictions in place around the country, the press and the media are no longer able to attend rugby matches at Sandy Park in Exeter.

This encouraged the person that runs the social media for the Chiefs to leave a bizarre message on their social media accounts on boxing day.

Exeter Chiefs have been landing themselves in it recently as many of their high profile players have gone against the grain and called out the government and the public.

It seems that Exeter Chiefs are really pushing out against their critics this year as their players and staff go against what what is expected from many other clubs.

Just hours before kick-off this weekend, this tweet was left on their account, calling the press ‘reprobates’ and ‘horrible’.

A personal Hello to all the National Press reprobates who have, of course, not been able to travel down to Sandy Park today. Missing you horrible lot – really!

The controversial tweet left many in the rugby community bewildered.

Reddit’s ‘Rugby Union’ section who have long been critical of Exeter Chiefs had this reaction to the tweet.

Guicy_22 – Are you trying to imply Stuart Hogg wrote this?

Kittens on a Segway – I mean, I get it’s a joke but not a great look given the fact that some of the players already seem like they’re one step away from posting about “evil MSM conspiracies” anyway…