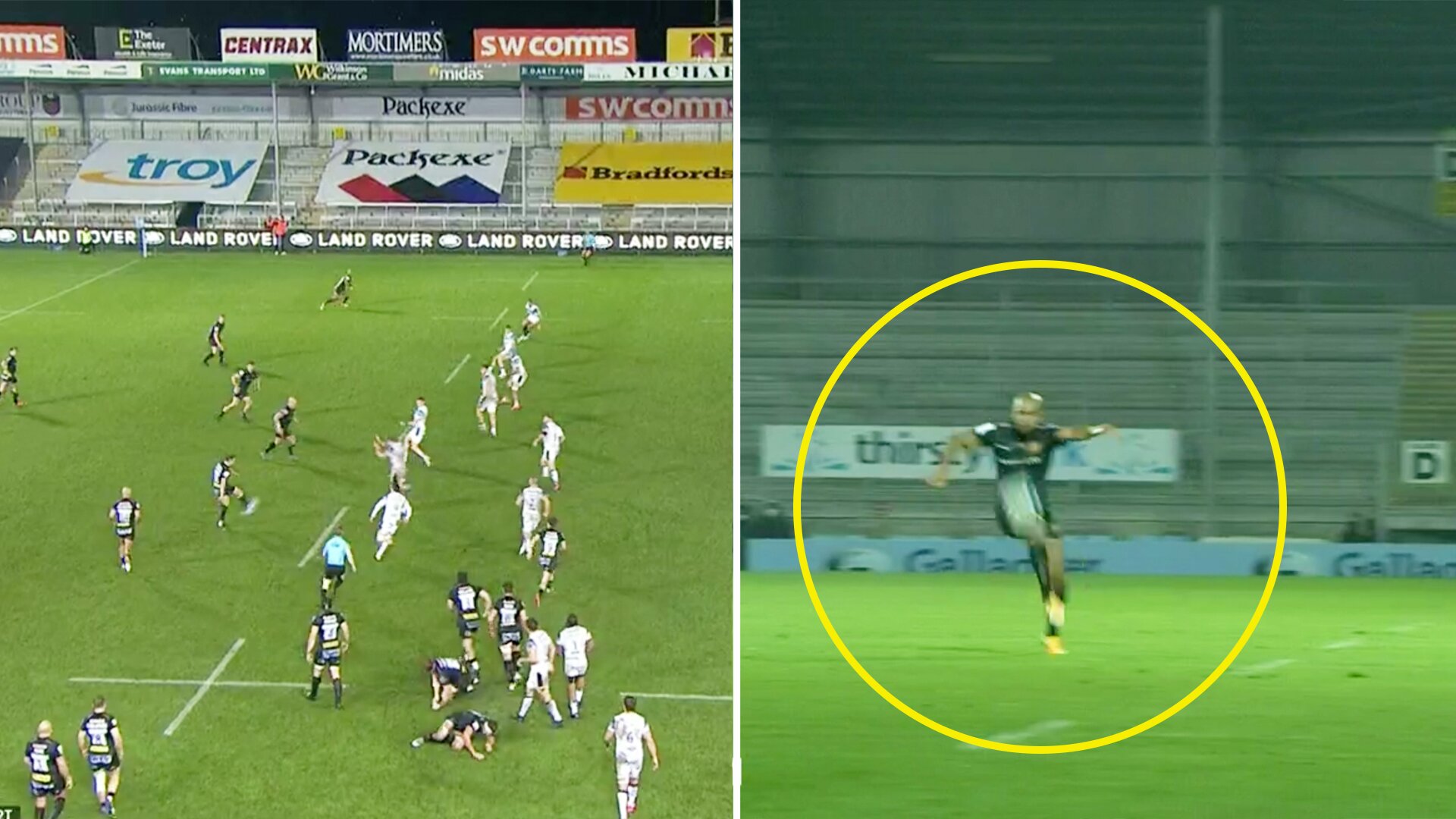 We’ve had to watch this Exeter Chiefs try five times already to actually see if it really happened. Did it happen?!

Winger Tom O’Flaherty has scored what is already a strong contender for score of the season with this stupendous effort against Bath today.

Honestly, it’s hard to put into words how good this piece of skill was.

The reigning Premiership champions had been putting in a dominant display against their West Country rivals with two tries scored already in the first half.

England outcast, Sam Simmonds, continued to show why he should get an opportunity in the national set up with two first-half tries to add to last week’s hat-trick.

Their third try was, to put it simply, on another level. We don’t really know how to put this into words – so we’ll just show you!

Watch the physics defying score in the video below.

In what is sure to be a try of the year contender, we watch as Joe Simmonds spots space out wide with his winger O’Flaherty calling for the crossfield kick.

Simmonds obliges and pokes a nicely weighted ball across the field for him to give chase.

O’Flaherty doesn’t have the legs to make the catch – but he instead decides to pull off one of the most spectacular volleys that we’ve ever seen on a rugby field.

England held off a spirited Welsh resistance to beat Wayne Pivac’s side at Parc y Scarlets.

After many predicted a massacre, the Welsh surprised everyone by taking the lead in Llanelli after through a Johnny Williams try. We see as fly-half Dan Biggar charges down a wayward Henry Slade kick in the build-up to the score.

Slade made amends for his earlier mishap by running in to score, late in the first half making the scores 7-5 to the hosts.

England punished Welsh indiscipline through the boot of Owen Farrell but it was Mako Vunipola who scored the vital try in the second half that broke Welsh resolve.

England held on to win 13-24 after a late Jack Willis jackal sealed the win for the visitors. England now go on to the final of the Autumn Nations Cup to be played next week at Twickenham.