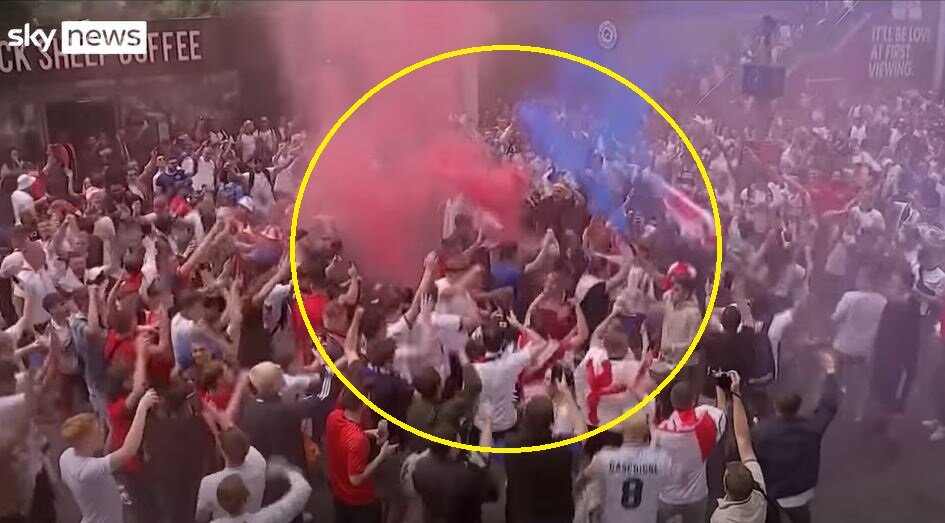 Rugby Onslaught have tasked our Prize-Winning Investigation Unit to ‘fact check’ whether or not Mike Tindall used a dwarf to break up a fight at the finals of the Euros in Wembley on the weekend.

*Fact-checking is a process whereby you decree a news story either ‘True’ or ‘False’ depending on your own opinion or personal politics.

Reports this week in the UK claimed Mike Tindall had broken up a brawl between two boozed-up England fans who were intent on doing each other serious GBH for the entertainment of the… sorry, the horror of a minority of non-violent football fans at the home of English Wendy Ball.

NO MENTION OF DWARFS
In Tindall’s account of the incident this week, there was no mention of dwarfs.

“A guy was there the whole time, smashed out of his face, literally didn’t watch any of the game anyway, he was just too busy shouting at supporters that they should be standing on their feet, ends up getting into a fight with another one that’s straight behind my seat.”

“It got to a stage where this guy literally was trying to pile this guy in the face, there was a kid next to us, there was a kid on the other side crying because he couldn’t see the game because of all the guys stood in the galley way and I just pulled these guys apart, said to one of them ‘What are you doing? Just what are you doing?’ And you know, he wandered off, blood all over him. The guy on the floor had blood all over him.”

RUMOURS
While no official accounts mentioned dwarf throwing – an official British & Irish Lions team pursuit during the 2005 tour of New Zealand – rumours quickly spread online that Tindall had picked up a small man and thrown him at the hooligans in order to break up the brawl.

FACT CHECK CONCLUSION: FALSE
With no clear evidence of dwarf throwing, our investigation finds that this fact is actually false.