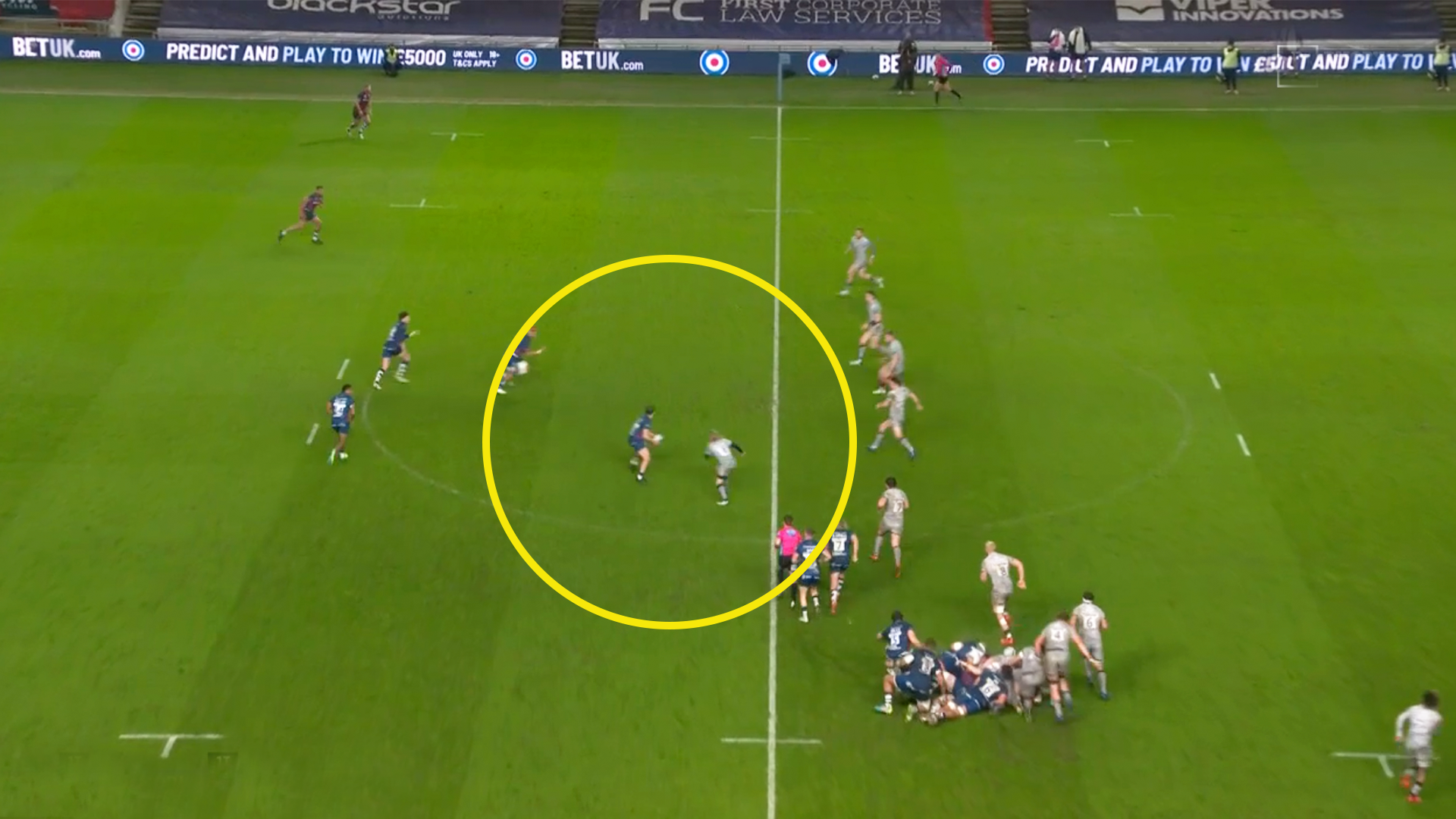 The Alex Sanderson era began last night for Sale Sharks with a hard-fought win against Bristol at Ashton Gate – and Faf de Klerk was unsurprisingly right at the heart of his side’s victory.

The visitors ran out as eventual 13-20 winners after a late try helped to seal an impressive victory for last year’s semi-finalists.

One moment in the first half showed that Faf de Klerk is still very much the same player that won the World Cup with the Springboks in 2019.

It was the home side who opened the scoring in the 18th minute with a try from Bryan Byrne to make the score 7-0. The Sharks hit back almost immediately with a beautifully struck penalty from AJ MacGinty.

One man who was looking to impress last night was Ioan Lloyd who, for many, had been a dead cert to represent Wales in this weekend’s Six Nations for Wales.

He was left out of Wayne Pivac’s side and was on a mission at Ashton Gate yesterday.

Look at this sublime spiral kick from Lloyd in the first half yesterday.

Enough of that. Behave yourself, @ioanlloyd10! 🔥

We knew this already, but he’s some talent! 👏#GallagherPrem pic.twitter.com/ceSfYz8gMX

A few minutes earlier, however, the 19-year-old had been rocked by Faf de Klerk with a sickening shot just inside his own half.

The game-stopping hit managed was shared far and wide on social media and showed just how physical the 29-year-olf can be in big game moments.

Watch the thunderous hit in the video below.

The commentator observed on first viewing that the hit could have been illegal with a slight indication of a swinging arm from the world champion Springbok, but play wasn’t brought back by the referee.

here’s the reverse angle of the savage hit.

This wasn’t the first huge hit we saw from De Klerk in last night’s clash.

Earlier on in the game, he put in a bone-crunching hit on Nathan Hughes – piledriving the mammoth number-eight into the ground with ease.

Faf dispatching of Hughes at the scrum