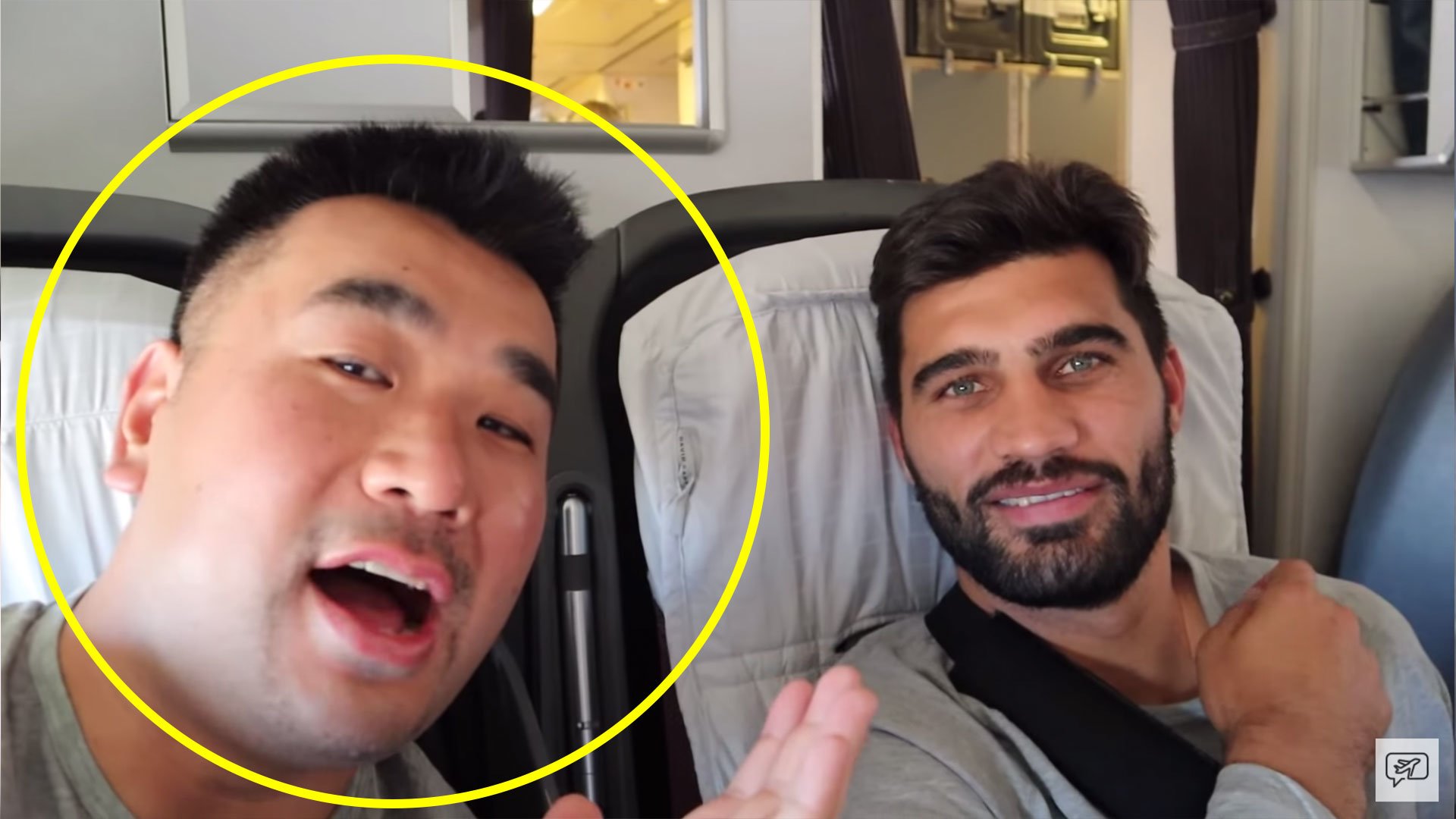 A hilarious old video online has started going viral again, showing the time when a famous vlogger bumped into the Springbok team on a flight from Sydney to Johannesburg.

He was doing a plane vlog showing what the first class part of the flight was like for his fans online.

He had no idea about who they were or how famous they were!

A famous vlogger online called Sam Chui filmed his journey from Sydney to Johannesburg back at the start of 2019. He has 2.9 million subscribers on his channel.

During the flight he sees that there are some rugby players on the flight.

Naturally, he begins to speak to them and he finds out that they are ‘Springbok rugby players’.

What comes next is hilarious as he comes across a raft of famous Springboks like Malcolm Marx and Siya Kolisi without having any idea who they are.

It makes for brilliant viewing.

The comments under the video really show how funny it is!