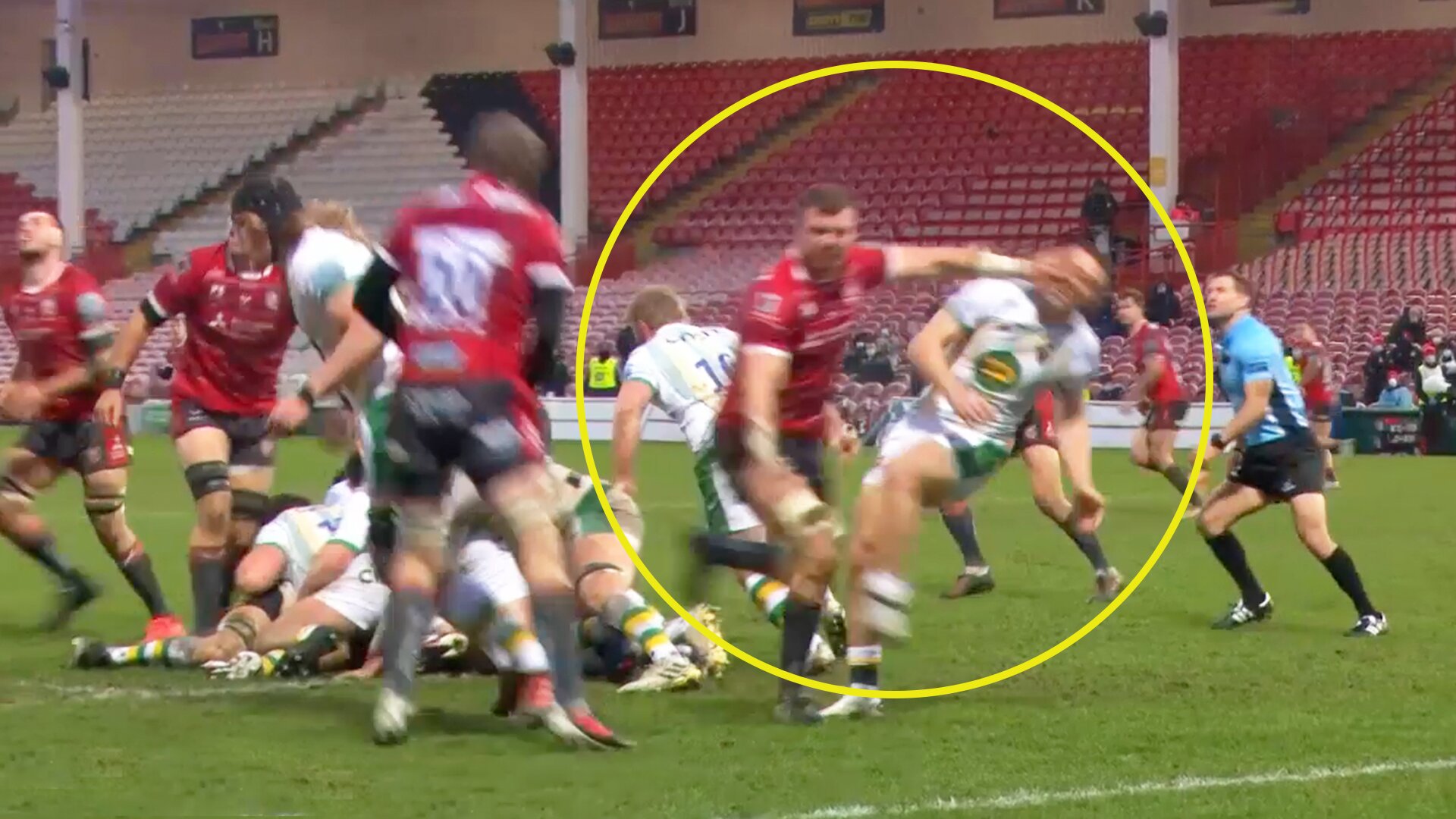 Fans took to social media to vent their fury online after an apparent punch went unnoticed in the Gallagher Premiership clash between Gloucester and Northampton Saints.

The moment occurred in the 74th minute of play with Saints leading by 19-31 on the scoresheet.

The incident went unnoticed by match officials, players and the BT commentators alike.

The match had been an entertaining encounter up to this moment with both teams exchanging scores in the first half.

Lewis Ludlow showed a quick turn of pace to race away from the Saints defence after this poachers interception in the first half.

Oh my! 😳Outstanding read and interception from Ludlow to set up the Gloucester attack! ⚡️🏃‍♂️#GallagherPrem pic.twitter.com/VNy4LnDSE9

The scores stood at 12-11 to the cherry & whites on 48 minutes before this incredible solo effort from England winger Ollie Thorley to cut through the middle of the Northampton line.

We see as he cuts through into space before finding Willi Heinz who runs it in under the sticks.

Wonderful break from Thorley, who puts it on a plate for Willi Heinz! 😍 #GallagherPrem pic.twitter.com/8T8VWjPvIE

The visitors began to pull away as the half drew on but there was a moment of controversy in the final ten minutes than incensed eagle-eyed Gloucester fans.

We see as  the Saints 9 looks to box kick out of his own 22 with several Gloucester men laying in wait to charge down the clearance kick.

Watch the controversial moment in the video below.

Lucky to not see a card for this? #gloucester #GallagherPrem pic.twitter.com/tqCkWMedTb

Here is another, slowed down version of the collision.

Some fans vented their frustration on social platforms that the incident had been missed by the match officials in the stadium.

Could be a possible citing with the attempted charge down at 74 minutes. Whoever it was went straight for James’ head.

What did you think? Was this a punch or a little love slap that was right to be ignored?