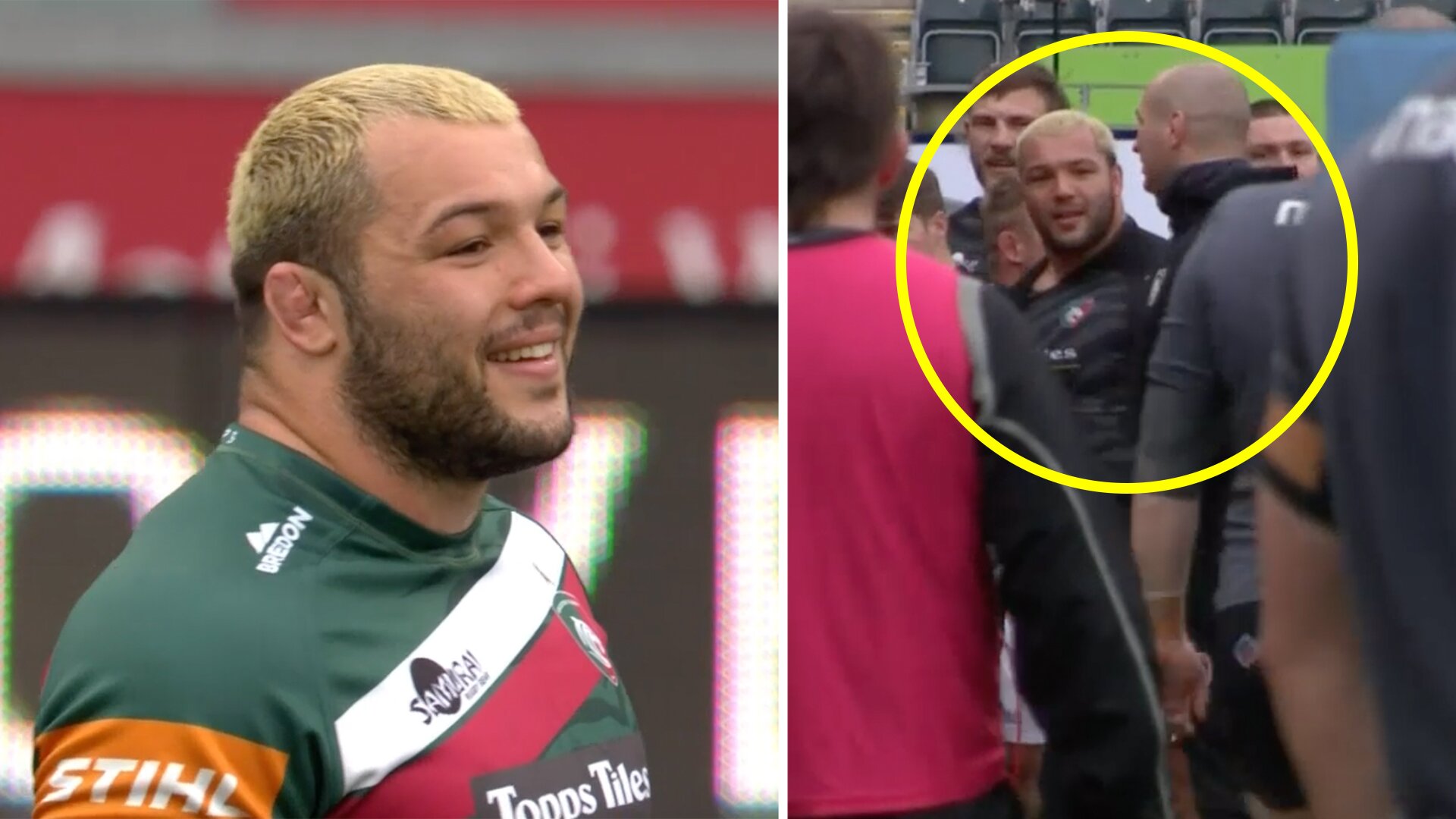 A fan story perfectly sums up what Leicester Tigers prop Ellis Genge is really like off the camera when he isn’t playing rugby.

The Leicester prop has been in the firing line recently after different incidents putting him in the spotlight.

A bust of with Newcastle prop Jon Welsh before the game on Sunday in the Gallagher Premiership had everyone talking.

🧨 Ellis Genge v Jon Welsh should be tasty then. #LEIvNEWpic.twitter.com/xrBZDdsIa9

However, Rugby Onslaught has discovered a fan story which truly shows what Genge is like when he is not on the camera.

Genge is one of the few openly outspoken characters in rugby. A sport where most of the characters are dull and media trained, he has served as a pleasant change of pace in recent years. However, recently it is clear that there is a witch hunt by non-English fans who want him out the game.

It’s typical of rugby fans to instantly take a disliking to someone, because he’s English, rather than enjoy him for who he is.

If Ellis Genge was Welsh, he’d be seen as a cult hero.

This fan tweeted a few days ago talking about the time he stumbled across Ellis Genge randomly on the motorway.

@EllisGenge that strange moment when you think you may have just seen see Ellis Genge pass you at junction. Then 1 min later you see it was him, because he's jumped out to help push a stranded car. Lad

Genge even replied himself, in the only way he knew how, with banter!

You not fancy helping?! Was a struggle in my Birkenstock’s 😂

Many may think the Leicester Tigers man is a thug, but after watching his explanation on The Good, the Bad and the Rugby, it’s clear that Sexton was also at fault for the incident in the Six Nations, but nobody will mention that.