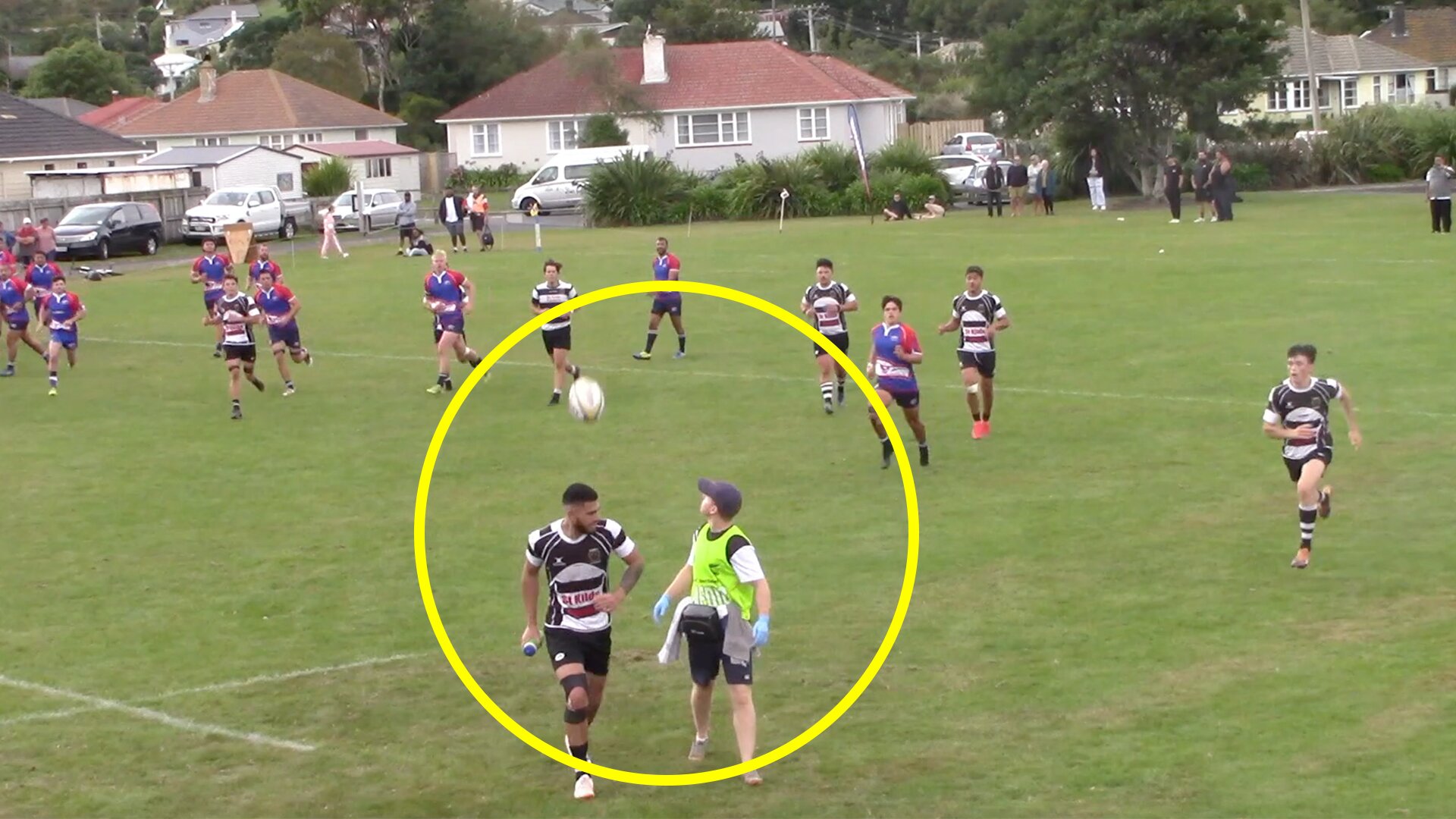 This truly is a one in a million rugby moment that has been captured on video. A ball appears to bounce off a players head as they leave the field at the worst moment.

The moment comes from New Zealand in a match near Dunedion where Harbour Hawks RFC were playing.

During the game, a player is leaving the pitch with an injury when the opposition kicks the ball across the field. The ball unfortunately bounces off the head of the player leaving the field.

The other team take their chance and an incredible viral moment is created.

One of the most bizarre tries you will EVER see 😂 pic.twitter.com/Y1DkpVDne9