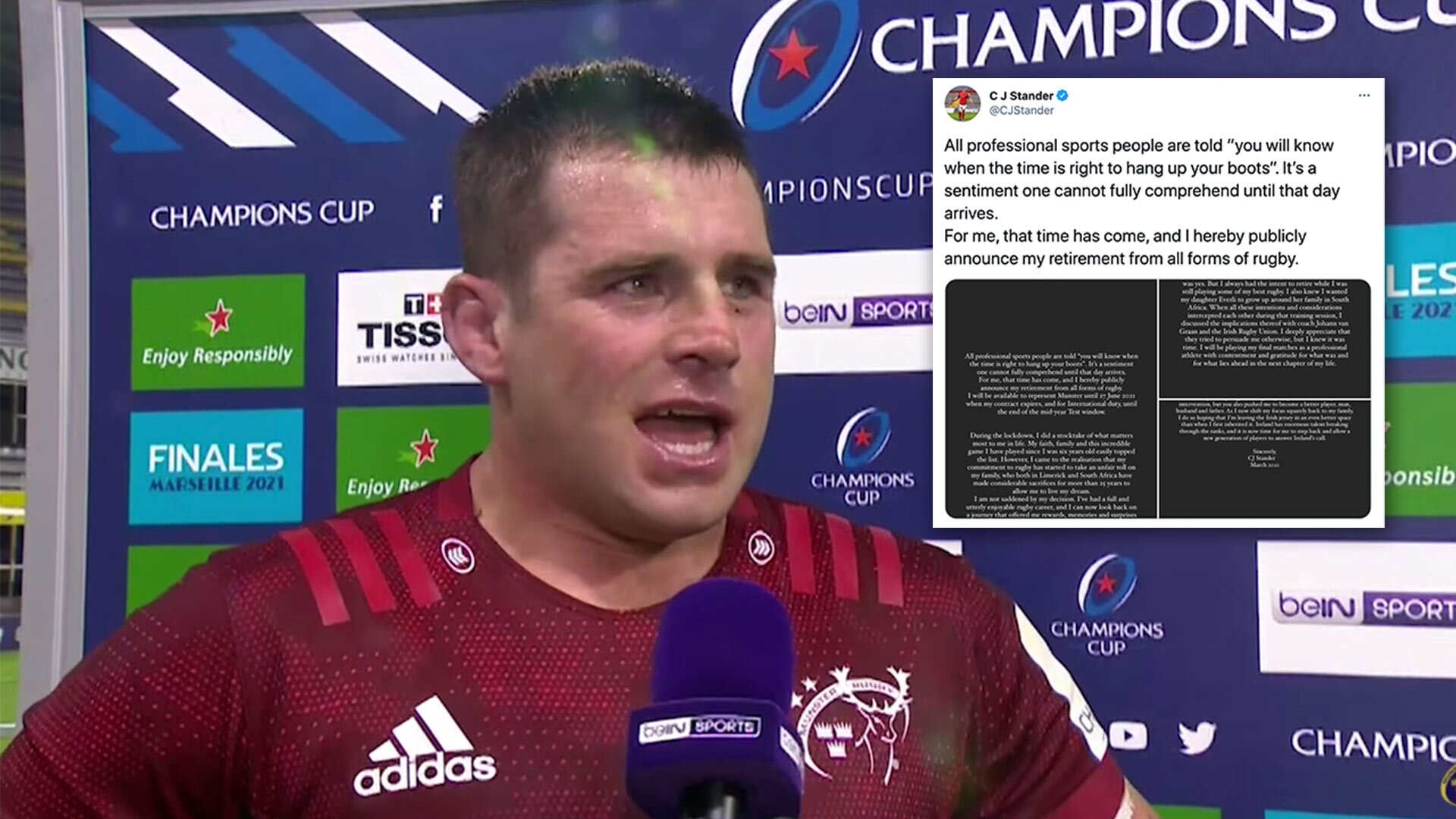 The sudden news emerged around the rugby world today that Ireland Number 8 CJ Stander will retire from the sport at the end of the season.

We look at the reaction from fans and former players around the world.

The South African made a statement on his social media this morning talking about why he has decided to leave the sport at the relatively young age of 30.

In the statement, he spoke about how he wanted to retire whilst he was still at the top of his game, and he thanked Limerick and Munster for making him part of their family.

All professional sports people are told “you will know when the time is right to hang up your boots”. It’s a sentiment one cannot fully comprehend until that day arrives.
For me, that time has come, and I hereby publicly announce my retirement from all forms of rugby. pic.twitter.com/KK5zgWC0O1

Many former players were sad to hear the news about the South African and the news of his impending retirement from the sport.

Can’t think of many others who arrived in the North and lit up the game with their play & their smile quite as much as this man. High time the family have him back for themselves. https://t.co/Mb07cWYVmL

CJ it has been a pleasure to watch you play. Always played on the front foot with a smile on your face. Good luck with the next chapter. #rugbyfamily https://t.co/xyyE05KCzb

Others, however, used the news of CJ Stander to bolster their own aims and motives in rugby. Daniel Leo who is a big ambassador for Pacific Players in rugby, used the news to talk about residency rules in rugby and his problem with them.

Congrats on a great career CJ.

But in my mind someone getting residency after 3 yrs, making a national team then moving back home as soon as they retire makes a mockery of the game far more than Pacific Island heritage players wanting to turn out after a stand down period 🤷🏽‍♂️ https://t.co/MIzCmr0i4K

We don’t feel this was the right time for Dan Leo to make this statement, but it does show how important the rules around residency are.