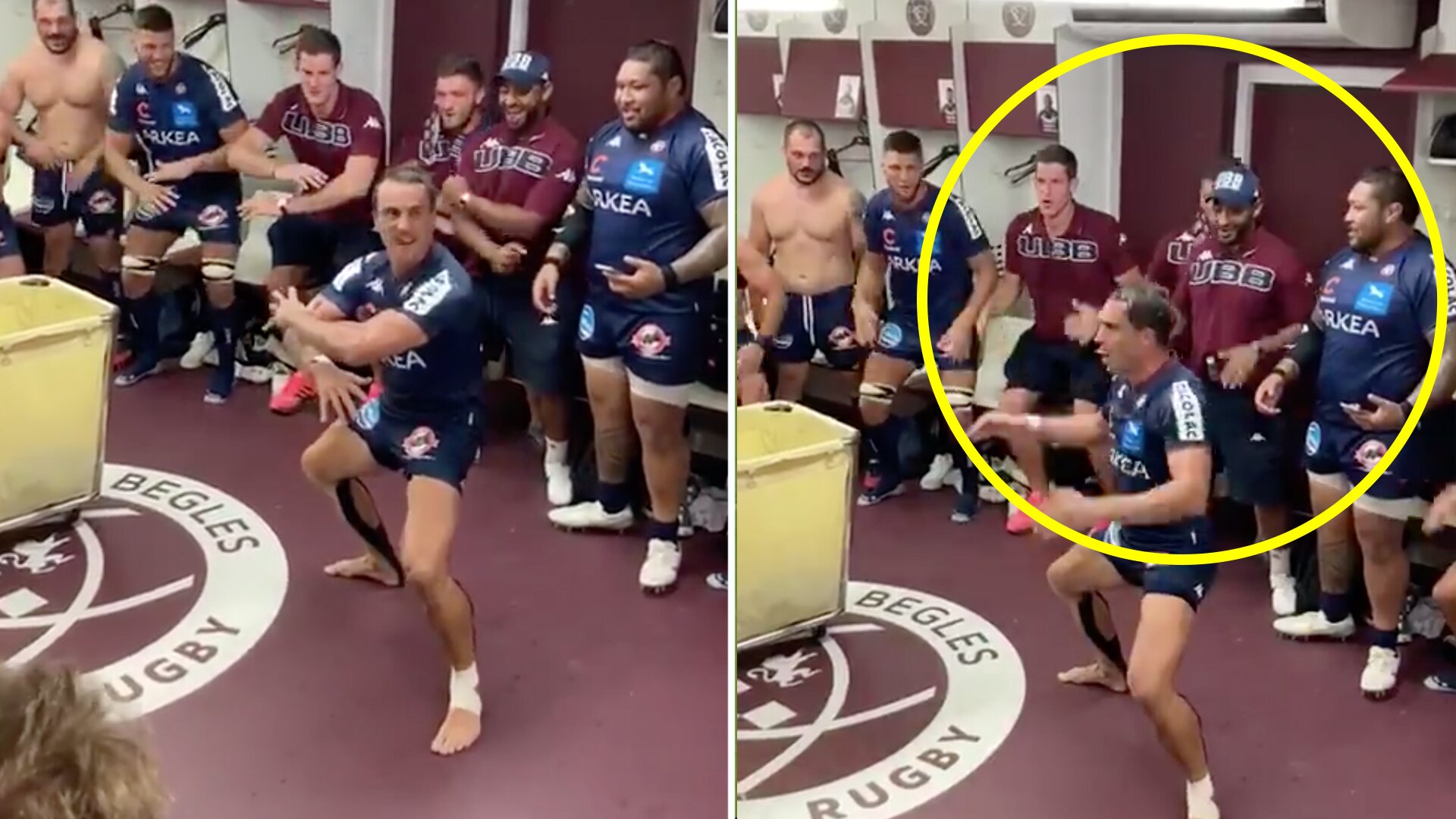 Many fans are unhappy as Top 14 team Bordeaux Begles recorded themselves performing a joke haka in front of many Islander players such as Ben Tameifuna.

The French team beat Edinburgh 23-14 in the Challenge Cup, in a match where they played brilliantly, however, their post-match celebrations seemed to take a turn for the worse.

Nans Ducuing is a French full-back with no ties to New Zealand, which means he was doing an imitation of the haka from what he saw in the past.

Bordeaux posted a video of their full-back performing a jokey haka whilst Tongan prop Ben Tameifuna stood in the background looking confused. In New Zealand and in the Pacific Islands, the haka is seen as a very symbolic performance which is important to their culture and their heritage.

It looks as if the gargantuan prop was smiling to not make a scene, but he certainly looked uncomfortable at what he was seeing.

Many have spoken online about how this isn’t a good look for rugby, especially when rugby players should be aware of how important the haka is to their culture.

Players such as Ben Lam, a potential future All Black would also have been in that changing room at the time.

Would they have taken offence to this as well?

Also, just looked at their squad. A fair number of islanders and Kiwis so surely this isn’t the first time they have done this, don’t think those boys would let it fly if they were involved in it somehow.

French and English fans alike do not look at all please with what they have seen, and we are sure many Pacific rugby fans will have a similar opinion to this.

This isn’t a good look like we said and the Top 14 may need to address this haka.