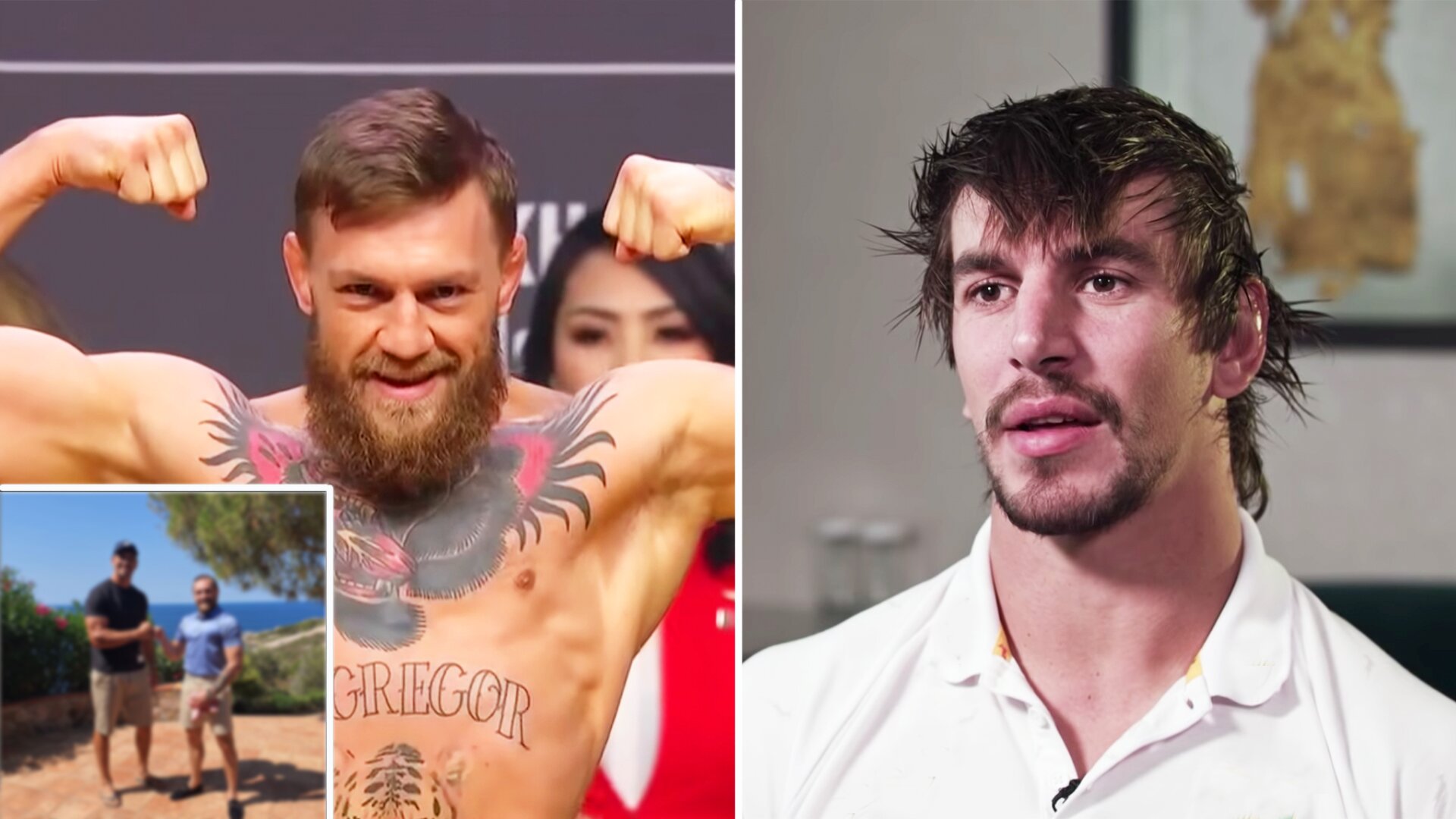 Fans have been calling for ‘the fight of the century’ after new images were released today of Eben Etzebeth with UFC fighting star Conor McGregor.

Users on the internet went wild on the Springbok star’s Instagram page after the picture was posted.

The image has already amassed 30,000 likes in just a couple of hours.

The South African lock has posted several pictures online of him enjoying life on the stunning coasts of the South of France as he prepares for the new season with Toulon.

He posted this image of him in St Tropez a couple of days ago.

The giant second-row forward has moved on to the island of Corsica today as he showed footage of him relaxing in the breathtaking location – just off the coast of Europe.

MMA star Conor McGregor has also been to the picturesque island and this image emerged of the pair together today.

This image has set the internet alight in the last hour or so.

What a privilege to meet @thenotoriousmma and having a Sunday braai! #legend #notyouraveragesunday

Fans and teammates were quick to react to the new photo with many calling for a fight between the sporting superstars.

Bryan Habana: Good! My money is on you @ebenetzbeth4

Tendai Mtawarira: This is fire!

jptoerien: You would take him in a fight!

ruggerbugger96: Now THIS is the fight of the century

ruben_muller_: When you meeting in the octagon?

dylanbmarques: I wonder who would win in a fight

Eben Etzebeth has been all over social media during this lockdown period with a series of viral posts that fans have loved.

When you in lockdown and face your toughest opponent ever! 🐕‍🦺 @handrepollard & @eltonjantjies can you think of anyone worse charging you down? 🤷🏻‍♂️ #lockdownrugbyvsrocky #scaryopponent

Conor McGregor has also been living it up in the paradise island.

He posted this video of him driving a Lamborghini recently

What a machine is the Lamborghini. Originally a tractor. Now in production of its very first Sport Yacht. And yes you guessed. A legit rocket ship! Incredible! #Lamborghini #TecnomarforLamborghini63