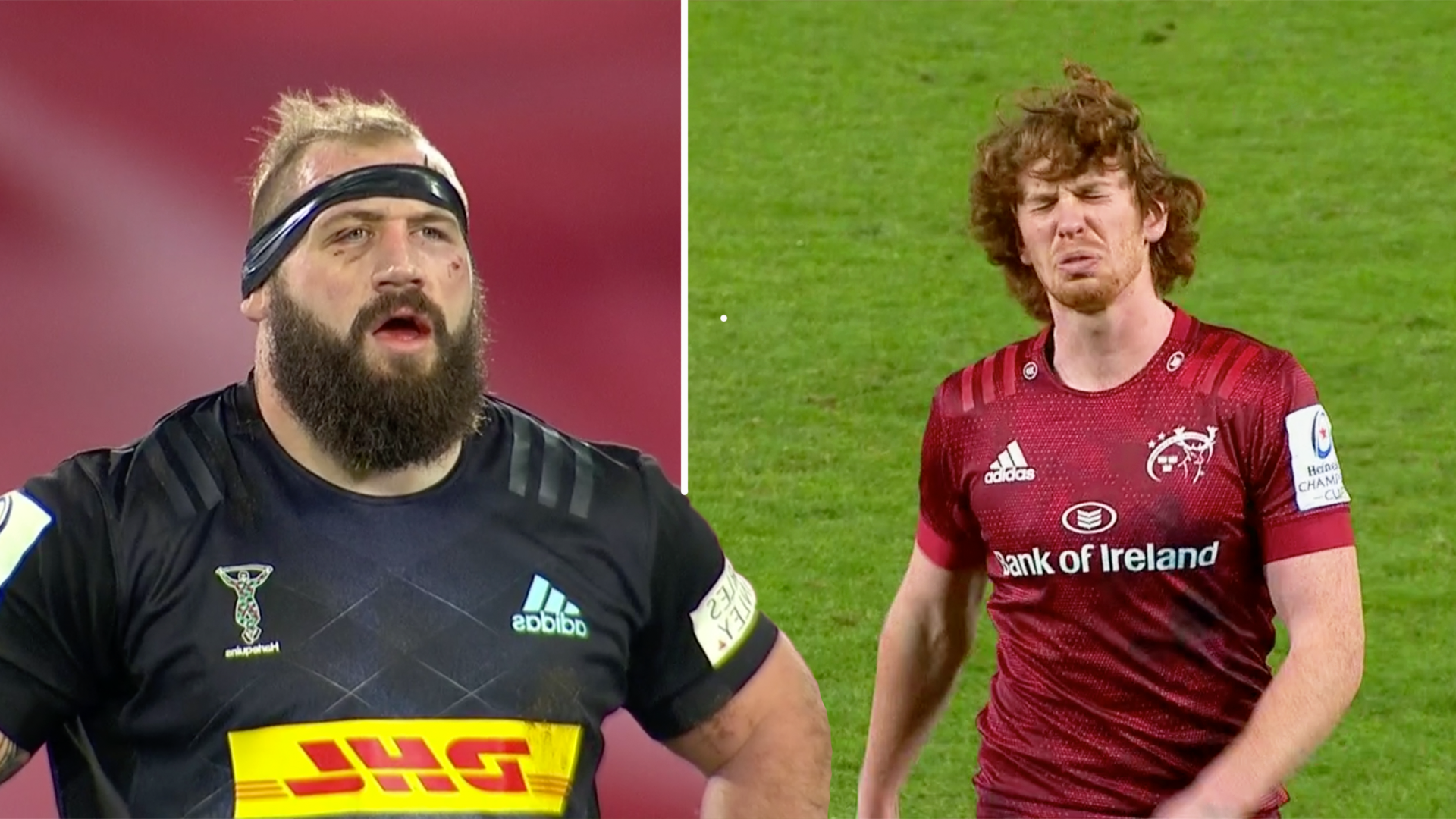 Irish rugby fans are not happy at all today as footage has emerged showing Harlequins players deliberately targeting Munster 10 Ben Healy in the Challenge Cup.

Images have emerged showing players Joe Marler and Alex Dombrandt putting in deliberate and calculated hits on the much-talked-about Irish 10 who has emerged through the Irish academy.

It looks like the London-based side were instructed to intentionally go after the 21-year-old fly in their pre-match tactics.

The hits were so bad on the player that he will miss the team’s next few weeks of rugby.

Munster out-half Ben Healy has been ruled out of Saturday’s Champions Cup game in Clermont due to the shoulder in jury he picked up against Harlequins.

Disgraceful that two players suffer no more than a yellow between them for two intentionally late hits, and Ben Healy will now miss a massive game (or games) for Munster. But even worse that Dombrandt and, to a greater extent, Marler conceived of doing that to a young fellow pro.

Harlequins have one of the worst track record among club sides for falling on the wrong side of the law.

Last season the club was given 16 yellow cards, one of the highest dished out among any team in Europe. Could this be because the players can’t be controlled, or because the coach instructs them to play this way.

Below Murray Kinsella, a rugby journalist, documented the hits and how poor they were.

The first hit on Healy

This was the first late hit on Healy.

Alex Dombrandt was yellow carded for this.

Pascal Gaüzère: “It’s not a tackle, you never use your arm, you charge with the shoulder.” pic.twitter.com/AyEGvoK6Ag

This was the second late hit on Healy.

Joe Marler was penalised for this.

Gaüzère: “It’s not a tackle. If you want to make a tackle, make sure you use arms, not leading with the shoulder.” pic.twitter.com/6DYtIa5tkM

This is undoubtedly not a good look for Harlequins rugby, and we are sure that some kind of investigation will need to take place. There is targeting a player in a game, and proactively going out of your way to hurt someone.