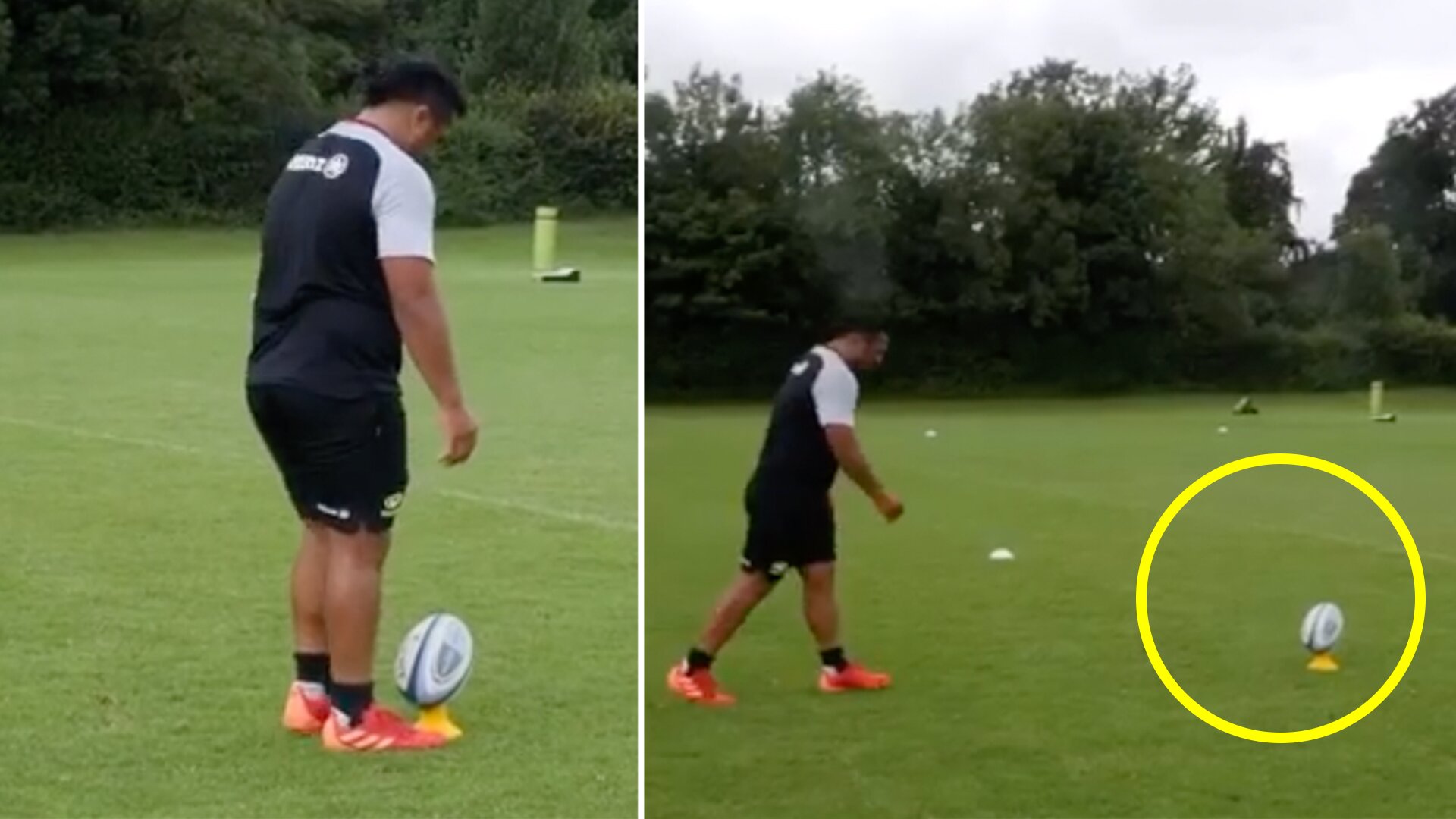 A video of Mako Vunipola has sent rugby fans around the United Kingdom into meltdown after it signalled just how much disregard the relegated team has for the Championship.

A video that the London-based team posted on their social media today sent fans awry as it suggested that the Saracens team may not be taking the second tier of English rugby that seriously.

A clip was posted today showing the Saracens ‘prop’ lining up a kick for goal which he swiftly slotted through the posts.

It supports rumours exclusive to Rugby Onslaught that Saracens are planning to give the England front row a dramatic position change.

Saracens recently announced the Mako Vunipola would be staying at the club.

It was interesting to see that in this announcement video Saracens made no mention of his scrummaging or breakdown skills. Instead, the club used the language ‘hits, tricks and funnies’.

This leads RO to believe that Mako Vunipola will be unveiled as the full time 10 for Saracens next season.

There have been widespread worries among rugby fans that the club will not take the Championship seriously in 2021, as they are almost certain to run away with the title in that season and return to the first division of English rugby.

Would putting Mako at 10 be that outrageous a move from the club after everything that has happened?

The clip which they released on social media today is almost complete proof of the intentions that the club has with their star prop next season. Fans surely are right to feel sick at this latest development…?