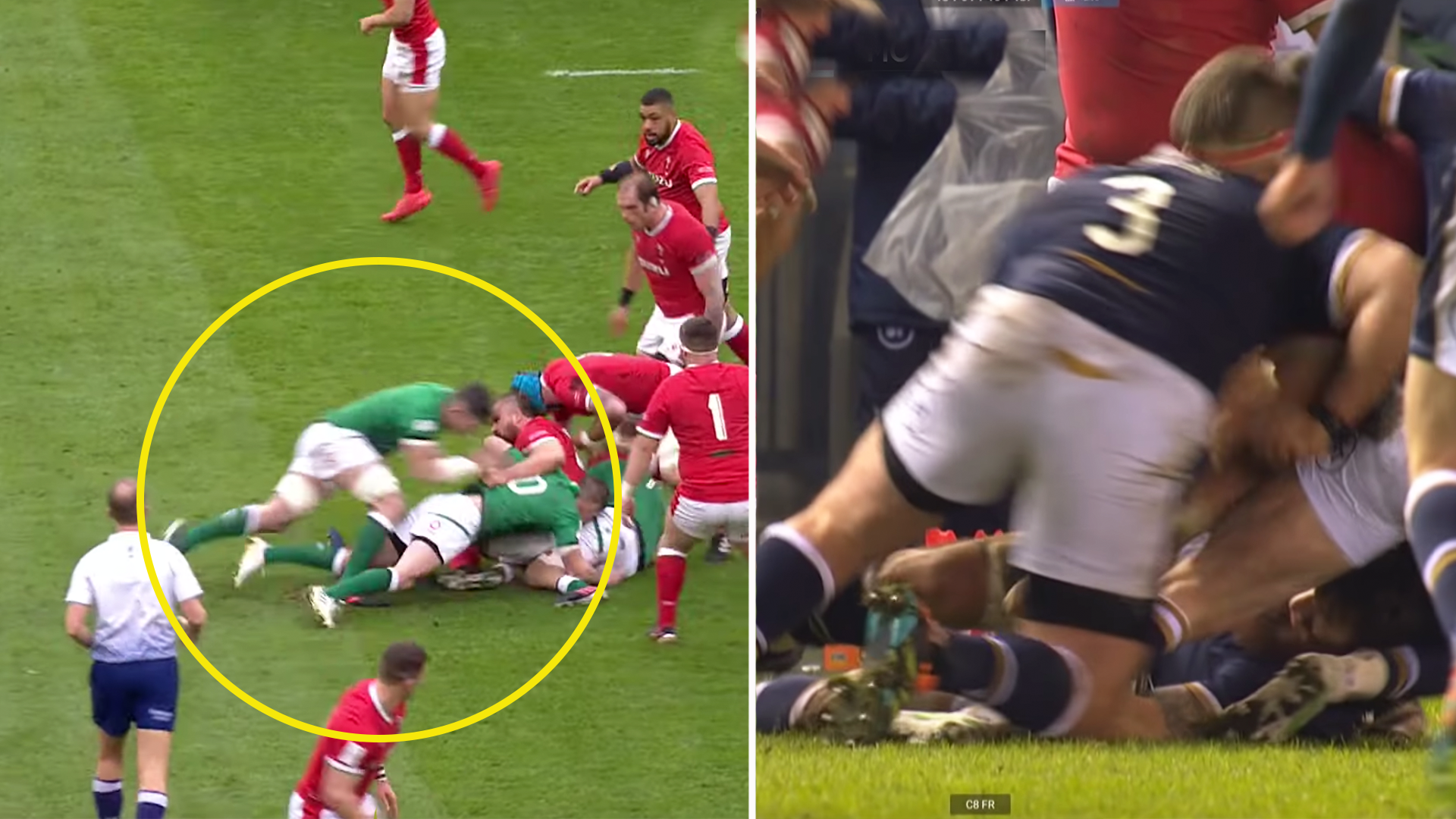 Fans were left confused last night after it they learnt the extent of Zander Fagerson’s suspension following his red card offence against Wales in the Six Nations.

This came a week after Peter O’Mahony was suspended for an arguably worse challenge against the men in red.

The Scotland prop received a longer suspension than his Ireland counterpart who was only served a three-match ban.

The Glasgow Warriors front-rower will now miss the rest of the Six Nations after being handed a four-match ban. The immediate reaction on social media was one of confusion and anger at what was seen by the majority as a harsh call.

There was no question of whether this was a red card amongst supporters when this happened in Cardiff two weeks ago.

With the Irish loose forward coming in at speed, it was a definite sending off offence.

A week later, we saw a similar incident at Murrayfield involving Fagerson.

There was some speculation among fans initially about whether it was a red card offence from the Scotland prop or not. The majority seemed to believe it was a sending-off but there was far more pushback than with the Mahony incident.

When it emerged last night that Fagerson’s suspension would be a week longer than Mahony’s there was some resistance from fans online who believed it wasn’t as bad.

Here was some of that response to the news yesterday

Correct me if I’m wrong here. Zander Fagerson banned for 4 matches for a mistimed clean out. His red card has been widely debated.
POM banned for 3 matches for an elbow to the face of a player. Everyone in agreement it was a red card. THIS IS ALL WRONG @SixNationsRugby

POM – 3 weeks for clearing out a prone player at speed and hitting Tom Francis face
Zander Fagerson – 4 weeks for attempting to clear a jackler pic.twitter.com/mY93kC9H6h

Biscuits were of similar quality to O’Mahony’s, but he left the reduced sticker on, hence the extra week.

Seems a bit petty if because he wouldn’t accept it’s a red card he gets an extra week over POM.

As you can see from the tweet below, it could be that Zander Fagerson entered a not guilty plea in his testimony that led to the harsher citing from the Six Nations panel.

The significance of a “guilty plea” and the corresponding reduction in sentence could not be more stark than in the case of Fagerson. A hard lesson here for other players. #Rugby #6nations #ZanderFagerson #RugbyDiscipline https://t.co/lClCDVHb6H