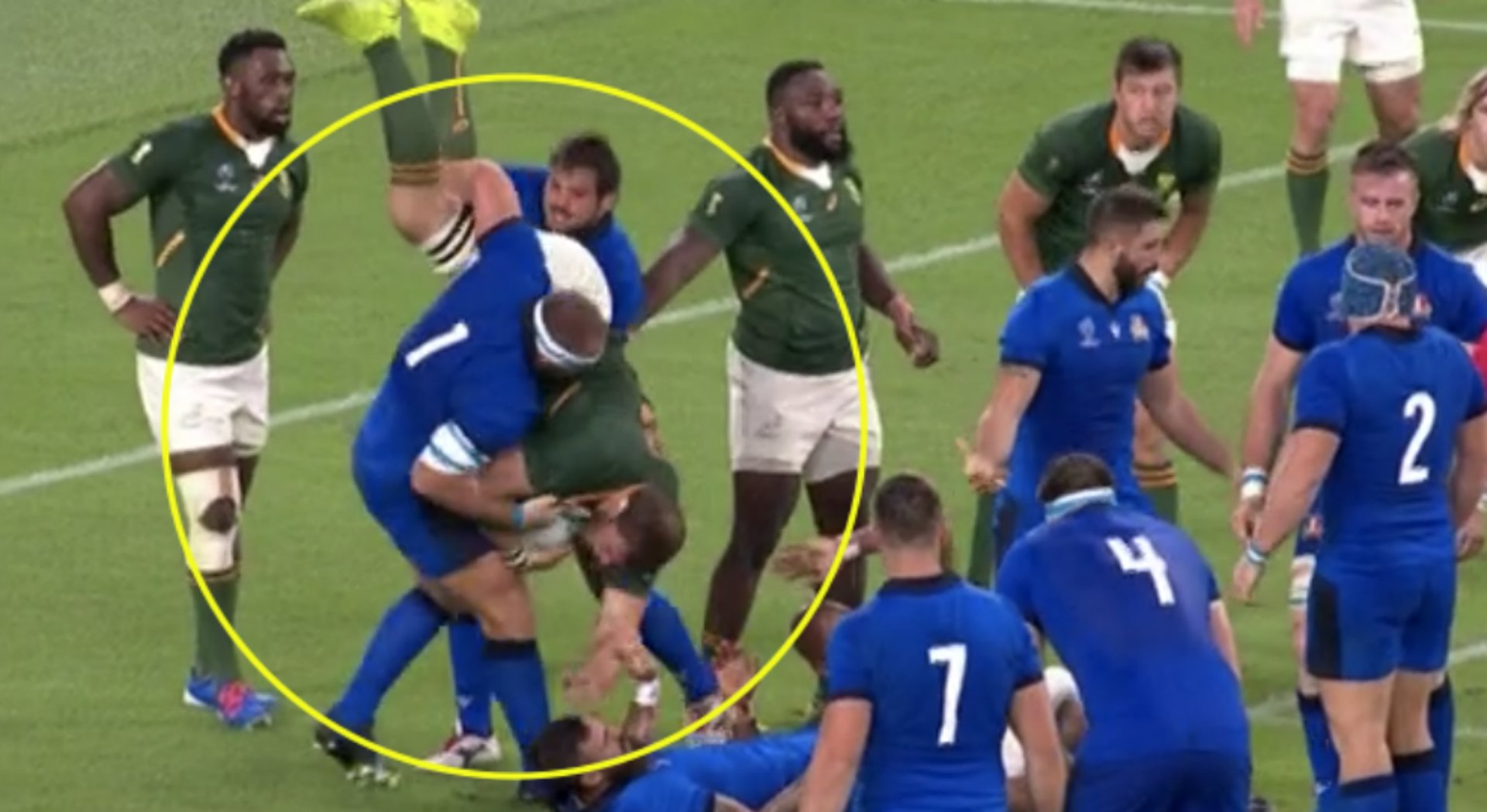 South Africa and World Rugby fans, in general, were left shocked after Italy committed an atrocious tackle on Duane Vermeulen in their World Cup match. Spear tackles are awful!

It was only 6 minutes into the second half when this incident occurred on the pitch, and many were calling for a double red card after this happened. The South Africa number 8 was in the middle of a ruck when the two Italian players decided to lift him over their shoulders and landed him on his head.

Many rugby fans will be reminded of the horror challenge that occurred back in 2005 when Ireland legend Brian O’Driscoll was landed on his shoulder, severely injuring his collar bone and ending his Lions Tour. We’ve not seen a spear tackle this in many years and users online were rightly shocked by it.

Should have been a pair of reds! #RSAvITA

Should've been a red for the other man too, potentially yellow #RSAvITA

The incident itself could have seriously injured Duane Vermeulen after the spear tackle resulted in him landing on his head. If you look here you can see both the Italian players lifting them well above the legal height to lift a player. South Africa steered to an easy victory after this, scoring tries at ease thanks to the brilliant work of Cheslin Kolbe on the wing. We think that he may very end up being the player of the tournament for South Africa with the performances that he has been putting in.

Italy, on the other land look like they will be heading out of the tournament early again after a disappointing campaign. They were not expected to beat either New Zealand or South Africa, but to lose in this fashion is certainly not what they or head coach Conor O’Shea would have wanted.

Here is a GIF of the incident itself and it looks terrible. This could have ended a lot worse.

In the end, only one of the props was red-carded for this, but how can that be? Look at the screenshots here, both players clearly have the intention of landing that man on his head. And then to put him down with what appears to be force as well, simply shocking to see, it should have been a double red card for sure. At a World Cup, this is not what you want to see and we hope that there are hefty suspensions for players that take part in this sort of thing.

Brian O’Driscoll was infamously injured by a challenge like this in 2005 and this could have easily gone that way as well.

Here it is for anyone who has not seen the challenge before. The Spear tackle is now synonymous with that moment and it is rightly criticised highly when it rears its ugly head.