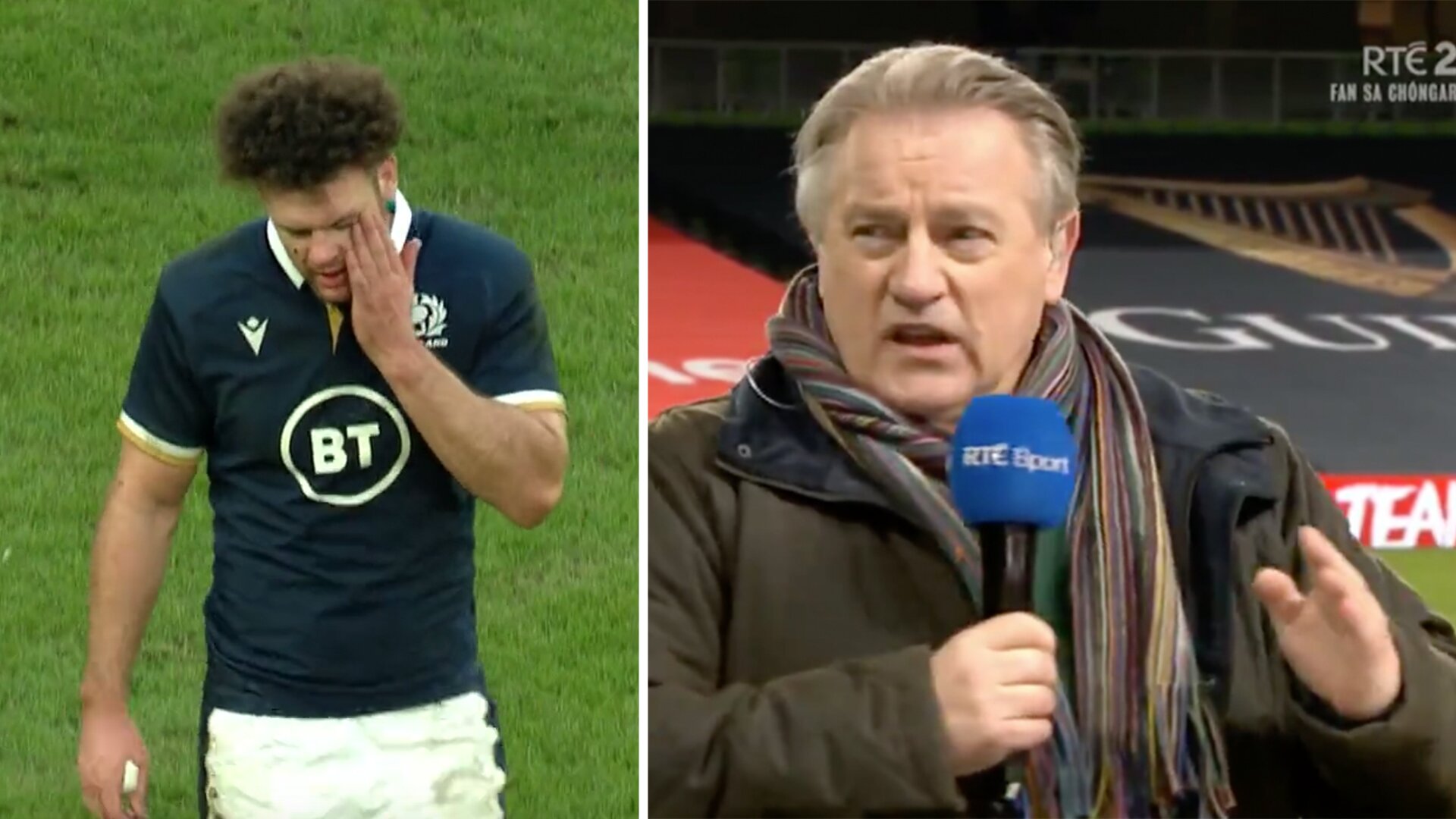 Rugby fans are praising former Ireland rugby coach Eddie O’Sullivan after he called out Scotland for being ‘delusional’ in his post match comments.

The 62-year-old who coached Ireland from 2001-2008, held nothing back with his thoughts on the Scottish rugby team after they lost to Ireland in the 3rd place playoff of the Autumn Nations Cup.

O’Sullivan, who is known for his blunt but honest assessments on many rugby teams, spoke openly about Scotland and the problems that they face.

“They have some deluded notion that they are actually better than they are. I’m not speaking harshly. These guys have not won here in ten years. They’ve won three times against Ireland in nearly twenty years. It’s just deluded they talk themselves up, they come in and then they implode. We have seen this time and time again.”

Brutal words from the man there, but a lot of it is sadly spot on.

‘They have some deluded notion they’re better than they are’ @TheRealEddieOS has some harsh words for @Scotlandteam #rterugby #irevsco pic.twitter.com/3ZylFCjlTf

Many would expect quite a strong backlash to these kinds of comments from the Irishman. However, it was actually quite a positive response that he received from many sections of the social media world.

Many like the fact that Eddie O’Sullivan was very straight-talking with his assessment of Scotland who finished 4th in the overall standings.

Some were quick to point out the fact that the media needs more characters like the former Biaritz coach who are not afriad to say what they think when it comes to rugby.

Here is some of the support that he received.

Eddie O’Sullivan stealing the show talking about the Scots having a deluded notion that they’re better than they are 😂
Very refreshing to see a guy call it as he sees it like that.#IREvSCO

Eddie O’Sullivan telling the Scottish rugby team that they’re delusional about how good they are is just head spinning irony isn’t it???