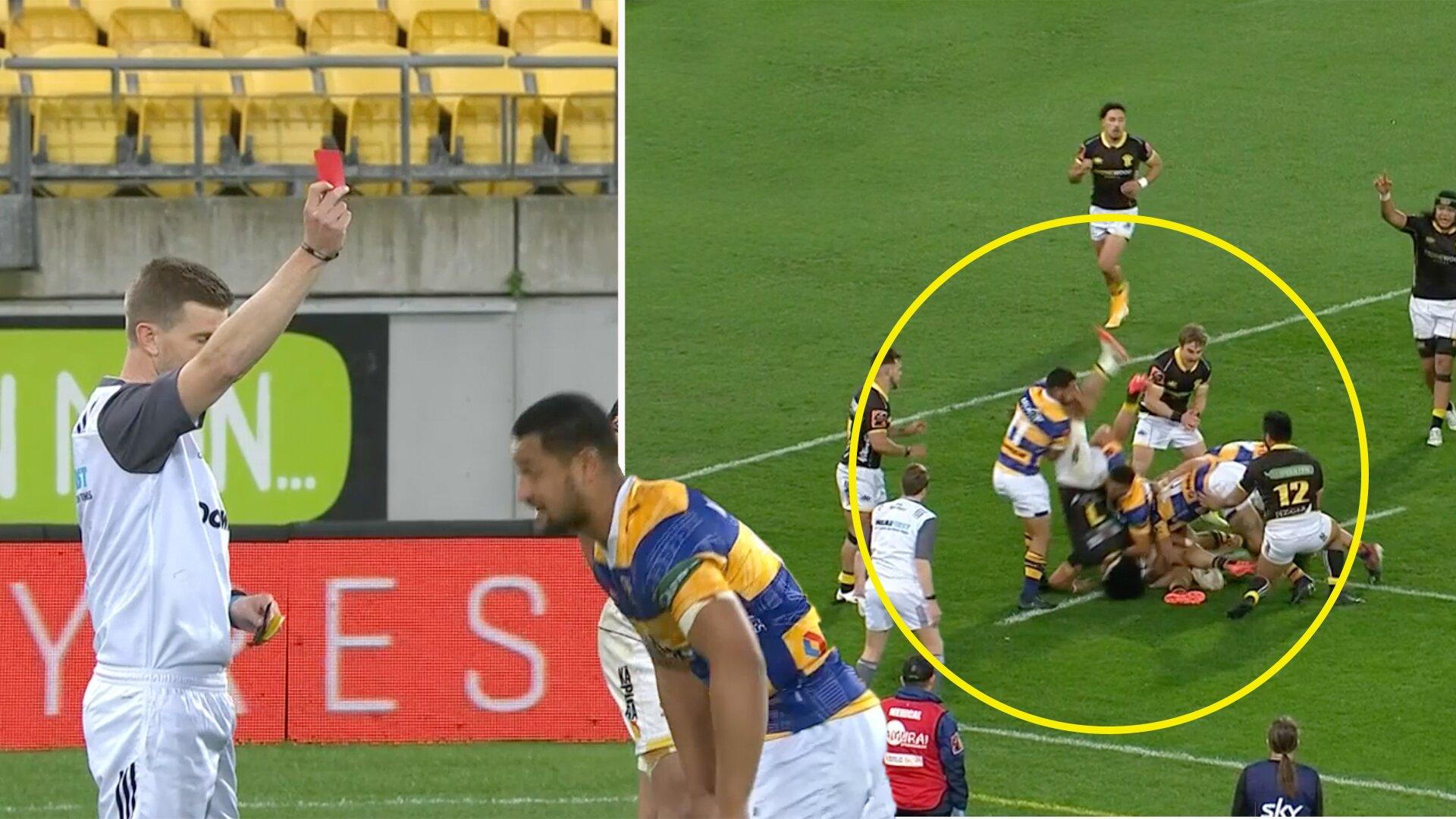 Yesterday’s Mitre 10 clash gave us one of the reddest red cards we’re likely to see for a long time.

The matchup between Wellington and Bay of Plenty stood at 27-10 to the hosts at the time of this revolting clear out tackle that could have caused serious injury to the tackled player.

The dangerous tip tackle manoeuvre was almost a carbon-copy of the infamous 2005 clear out on Brian O’Driscoll from New Zealand’s Tana Umaga and Kevin Mealamu.

Thankfully in this instance, the player did not suffer any serious injury.

Watch the sickening tackle from the Mitre 10 Cup below

The return to Ian Madigan to Ireland from the Gallagher Premiership was hailed as a positive for Irish rugby, but incomplete paperwork has left Ulster with a suspended €10,000 fine and one point docked from their 2019/20 total.

Ulster reached the final of the restarted season post-lockdown with new signing Madigan, who had been at Bristol, playing a significant part as he dramatically kicked the 80th-minute penalty that defeated Edinburgh in the semi-final at Murrayfield.

However, his new province has now been admonished for not having the necessary paperwork complete when Madigan featured in the round 14 and 15 matches at Aviva Stadium against Connacht and Leinster.

A PRO14 statement read: “Ulster have received a suspended fine and been docked one point from their total for the 2019/20 season after fielding a player who had not received union clearance confirmation.

“In their Guinness PRO14 fixtures on August 23 and 29, the club selected Ian Madigan without having received the correct documentation from the Rugby Football Union (RFU) after his arrival from Bristol Bears.

“Once aware of the breach, the club immediately reported the issue and the player was correctly registered for the games played on September 4 and 12. The outcome of the games had no bearing on the club’s progression from the Conference stages.

“As this was a breach of the tournament participation agreement, it has been treated as an act of misconduct to which the club has accepted. PRO14 Rugby accepts that this breach was not intentional and occurred due to an administrative error related to the furloughing of staff as a result of the Covid-19 pandemic.

“As a result, the club has been deducted the one match point earned in the two fixtures referred to above (a losing bonus-point against Connacht). This has no bearing on their final position in the Conference A table for the 2019/20 season.

“A suspended fine of €10,000 will come into effect if the club is found to breach any player eligibility clauses in the tournament participation agreement during the 2020/21 season.”