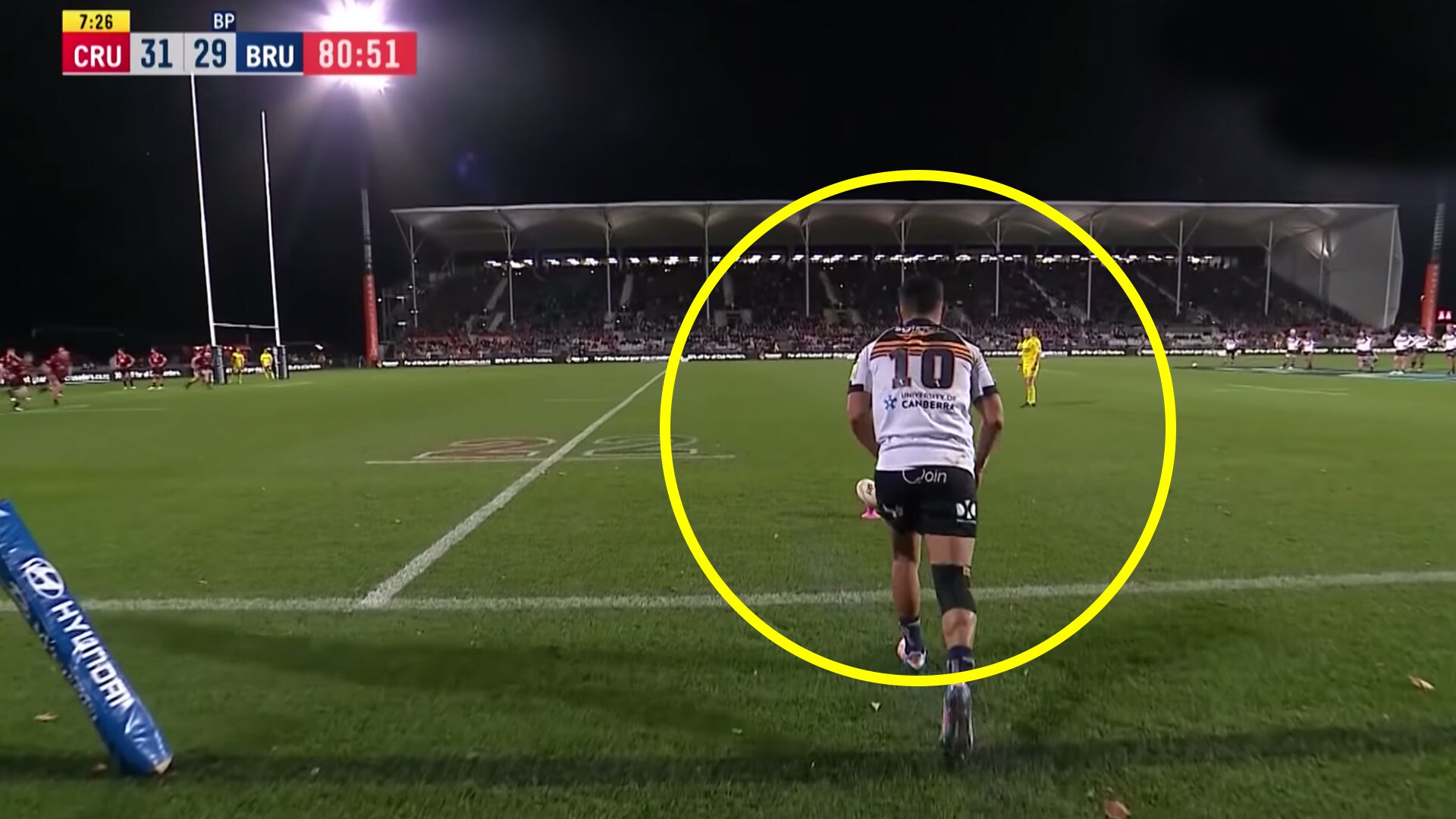 Rugby fans were certainly surprised by the reaction of Brumbies players to their kicker when he missed the pivotal kick which would have seen them historically draw level with the Crusaders.

The Super Rugby Trans-Tasman competition kicked off this weekend with the Crusaders taking on one of the top sides in Australia in the Brumbies.

The game was tipped to be one of, if not the best match up from this tournament, and it did not disappoint with the match coming down to the final point of the match.

In the final moment of the game, the Brumbies kicker needed to slot the conversion to earn the Australian side a precious draw.

He missed the kick, and instantly looked desolate.

But what shocked us was the way his team reacted to that. They instantly ran in and supported their kicker, rather than leave him on his own.