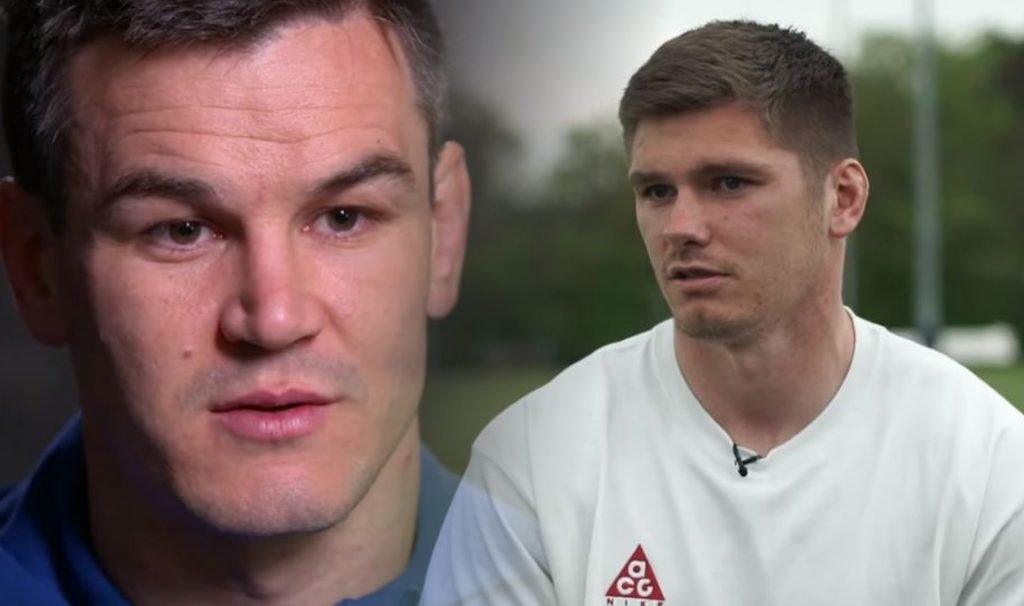 Both Owen Farrell and Jonny Sexton are absolutely sick being asked about each other.

In this BT interview both are quizzed about the other and visibly struggle to say nice things. As Andy Goode said: “I watched an interview Farrell did with Nick Mullins this week and he seemed to be praising Sexton through gritted teeth”

No Filter Rugby gives you an inside look at the Champions Cup final as Saracens and Leinster prepare to go head-to-head in a much-anticipated clash in Newcastle.

• This will be the fourth meeting between Leinster and Saracens in the Heineken Champions Cup, the three previous clashes were all won by the Irish province including a 30-19 victory in their only knockout encounter, in the quarter-final last season.

• Leinster will be aiming to win the Heineken Champions Cup for a record fifth time (currently level with Toulouse), while Saracens could lift the trophy for the third time, more than any other Gallagher Premiership club.

• Should Saracens win the Heineken Champions Cup it would be the ninth time an English club has lifted the trophy, more than any other nation, however a Leinster win would represent the eighth win by an Irish province – drawing them level with England and France.

• Saracens have won all eight of their Heineken Champions Cup matches this season, only on two previous occasions has a side won every match on their way to lifting the trophy – Saracens themselves did it in 2015/16 before Leinster also achieved the feat last season.

• Leinster have won 16 of their 17 tournament matches since the beginning of the 2017/18 season, their only defeat in that run coming by a single point against Toulouse in this season’s pool stage.

• No side has averaged more tries per game than Leinster or Saracens in the competition this season (4, level with Racing 92), with both finalists scoring 32 times in their eight matches.

• Saracens have recorded the best lineout success rate this season, winning 95% of their throws (100/105).

• Despite averaging more carries per game than any other side (157), Leinster have also conceded the fewest turnovers on average (11.3).

• Saracens’ Owen Farrell is the top points scorer in the competition this season (79), and he has finished as the top scorer in each of the previous three editions of the Heineken Champions Cup. Meanwhile, no player has scored more tries in this campaign than Leinster’s Sean Cronin (6, level with Jacob Stockdale of Ulster).