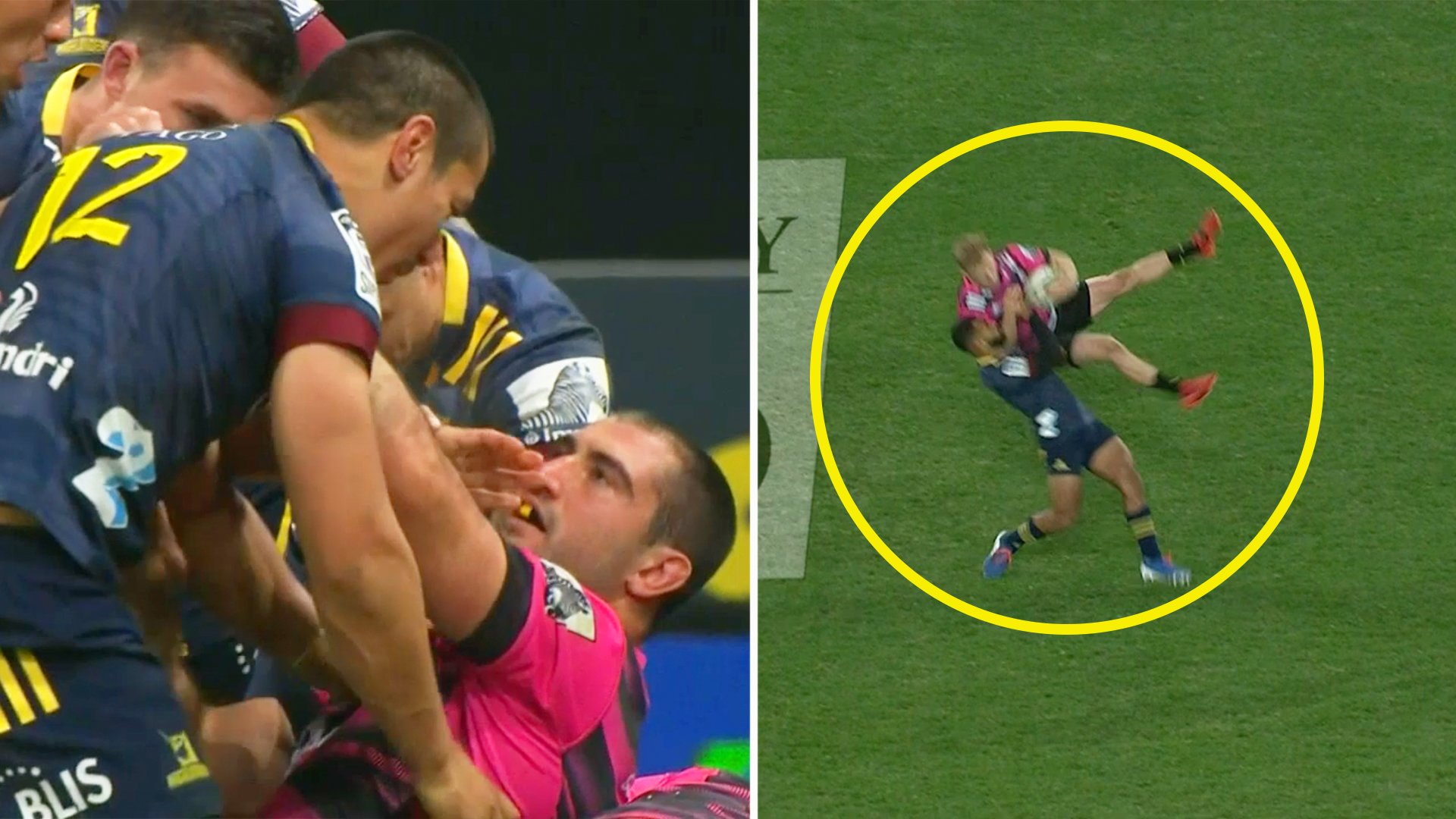 Super Rugby was back with some added punch today in a fiery clash at Forsyth Bar Stadium.

The match itself was a thriller with some wonderful free-flowing rugby backed by an incredible crowd that had not been seen in Super Rugby for many years.

It wasn’t just razzle-dazzle and eye-catching scores however that made headlines.

There was some series foul play on show from the two sides – with tempers flaring throughout in a fiery contest from the off.

The first yellow card of the match came in the 32nd minute after a nasty tackle from Highlander Vilimoni Koroi.

The reserve substitute spun around his opponent before picking him up and driving him into the ground head first in a dangerous challenge.

watch the nasty piece of foul play below

There was more fiery play to be had as All Black Damian Mckenzie found himself upended in mid-air by an onrushing Jona Nareki in the second half.

The chasing winger caught the Chiefs winger in mid-flight, leading to him taking a nasty tumble resulting in the second yellow card of the match.

The Kiwi flyer was lucky to escape a red card for what was a reckless challenge on the Chief’s maestro.

take a look at the yellow card incident here

There was niggle around the whole pitch during the encounter and it all spilt over going into the final quarter of the match as the players came together after a collapsed scrum resulting in some serious handbag swinging between the sides.

With the new rules at the breakdown being implemented – referee Paul Williams had quite the task on his hands.

Some were quick to criticize the man with the whistle for being a bit quick to pip the blower resulting in stop/start periods of play.

Others backed the way the new rules were being officiated

Enjoying the offside & breakdown being enforced in Super Rugby. Yes there’s more whistle than you’d ideally want right now, but give it a couple of games and players/coaches will adjust. Just hoping refs don’t back off before the change happens. @SkySportsRugby

What’s for sure is that this was a triumphant day for rugby in New Zealand at a time when the eyes of the sporting world were on them.

Tomorrow’s showpiece event takes place in Auckland with the Blues taking on the Hurricanes in what promises to be another blockbuster encounter at the sold-out Eden Park.