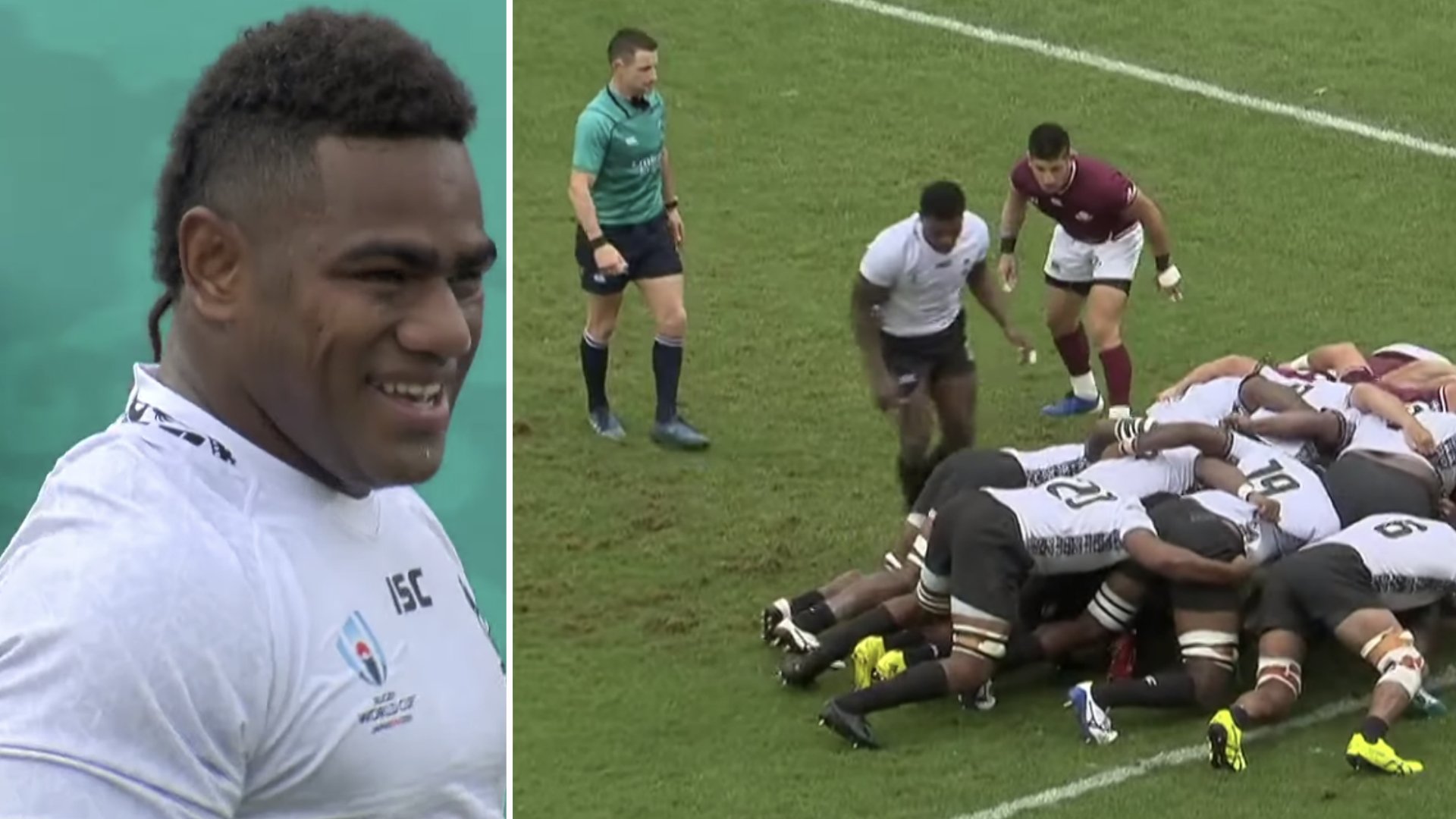 It’s here, they’re FINALLY performing! It may be a bit of “too little too late” for Fiji but it’s great to finally see the men from the Pacific putting on a clinical display for the Rugby World to see.

In a game that was billed to be a blockbuster, Fiji blew everyone’s expectations out of the water with a comprehensive victory by 10-45.

Some of the scores in this game were spectacular and it was great seeing Fiji showing the rugby world their classic flair.

We’re going to show you THREE clips which we think will show you just how good they were.

The first clip, look at the handling here, it’s MADNESS, this is Fijian handling at it’s best.

When the bounce goes exactly your way 🙌#GEOvFIJ #RWC2019 https://t.co/aKDMkvuAy3

The Rugby World certainly enjoyed this…

And the third clip, we simply can’t get enough of! Just look at the power of Botia combined with the silky hand off to finish off the score, we LOVE THIS.

Scarlets have announced the signing of Fijian World Cup lock Tevita Ratuva, bringing their contingent in Japan up to 15 players.
The 6ft 6in forward came off the bench at half-time during Fiji’s pool defeat to Australia on Saturday to win his fourth Test cap and has been selected to start in Wednesday’s clash with Uruguay.
The 24-year-old joins the Scarlets after a season in France with Bordeaux-Begles. He had previously played for Brisbane in Australia’s National Rugby Championship.
Popularly known as ‘Tex’, Ratuva is a towering, athletic presence who has been likened to Fijian star Leone Nakarawa.
He made his first international appearance against the New Zealand Maori in July and featured in the Pacific Nations Cup matches against Canada, Samoa and Tonga.
Ratuva will link up with the Scarlets once Fiji’s World Cup campaign is over.
Scarlets head coach Brad Mooar said: “We are looking forward to welcoming Tex to the Scarlets family following the RWC. He’s a big physical player on both sides of the ball with a bit of X-factor. He is a really exciting signing for us.”
Commenting on his move to West Wales, Ratuva said: “I’m really looking forward to playing for the Scarlets. It is a proud club with passionate supporters. I’m excited by the opportunity to help the club push for trophies in the PRO14 and in Europe over the next couple of seasons.”
There are currently 11 Scarlets in Wales’ squad at the World Cup. As well as Ratuva, the region are also represented by Sam Lousi (Tonga), Kieron Fonotia (Samoa) and Blade Thomson (Scotland).