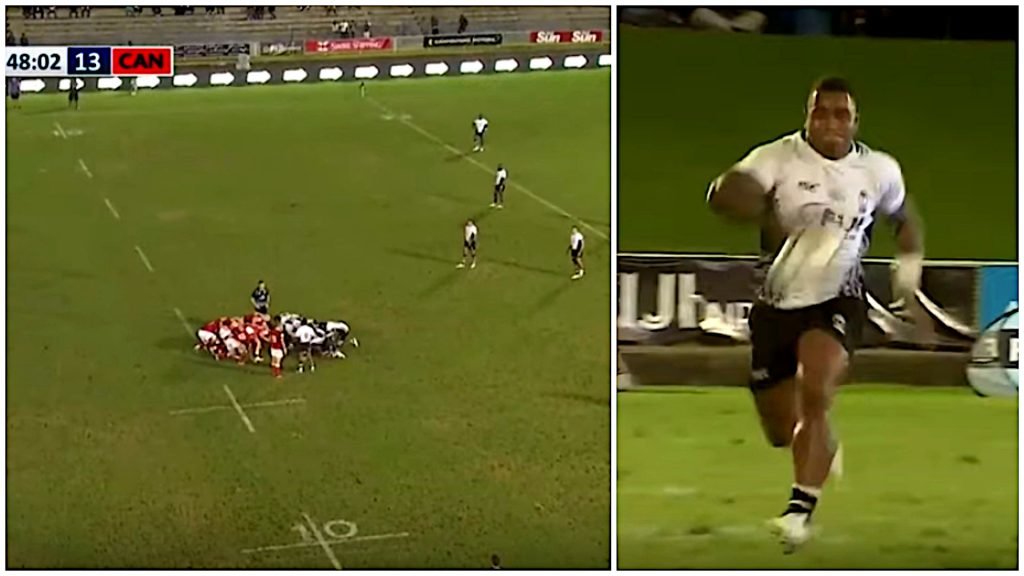 Fiji scored a stunning try off 70m try off first phase ball against Canada in Round 2 of their Pacific Nations Cup bid.

Josua Tuisova finished it off after a great ball from Semi Radradra and earlier Josh Matavesi.

New Zealand Rugby is mourning the loss of one of the most respected and iconic figures of the game, former All Blacks Captain, All Blacks Selector and All Blacks Coach, Sir Brian Lochore, who passed away earlier today, aged 78.

Lochore, All Black #637, represented New Zealand in the black jersey on 68 occasions, including 25 Tests. He was the All Blacks Captain in 1966 and went on to lead the team in 18 Tests.

In 1985-87 Lochore become the All Blacks coach, with his crowning achievement winning the 1987 inaugural Rugby World Cup.

He was made a Knight Companion of the New Zealand Order of Merit for services to sport and the community and also inducted to the International Rugby Hall of Fame in 1999. On Waitangi Day in 2007, he received the country’s highest honour, the Order of New Zealand.

“It is with great sadness and grief that we announce that Sir Brian succumbed to his battle with cancer, earlier today. We have lost a genuine legend of our country, an unwavering figure on the field, and a highly respected figure off it. His family has lost a devoted husband, father and grandfather and for many of us, a great friend.

“It is not over-stating the facts to say that Sir Brian Lochore, was the saviour of New Zealand rugby on several occasions and many of us have lost a great mate. Our hearts go out to Pam and their children.”

All Blacks Head Coach Steve Hansen said: “It’s with great sadness that we have heard that one of New Zealand’s tallest kauri has fallen.

“Sir Brian Lochore is one of of the most respected men in New Zealand, not only in rugby but all facets of New Zealand life, as well as being hugely respected and held in high regard around the world.

“On behalf of the All Blacks and myself personally, we pass on our deepest sympathies to Pam, their kids David, Joanne and Sandra and the wider Lochore family. Our thoughts and prayers are with them. Arohanui from us all.”

All Blacks Captain Kieran Read said: “This is an incredibly sad day. Sir Brian was an icon of our game. On behalf of all players, our thoughts go out to his family at this time.”

Outside of rugby he contributed to many organisations including his role as Chair of the Queen Elizabeth II National Trust, Chair of the Commission at Kuranui College through challenging times, served on the Hilary Commission (becoming Chair in 1999) and the Sports Foundation and he was very well respected in the farming community.