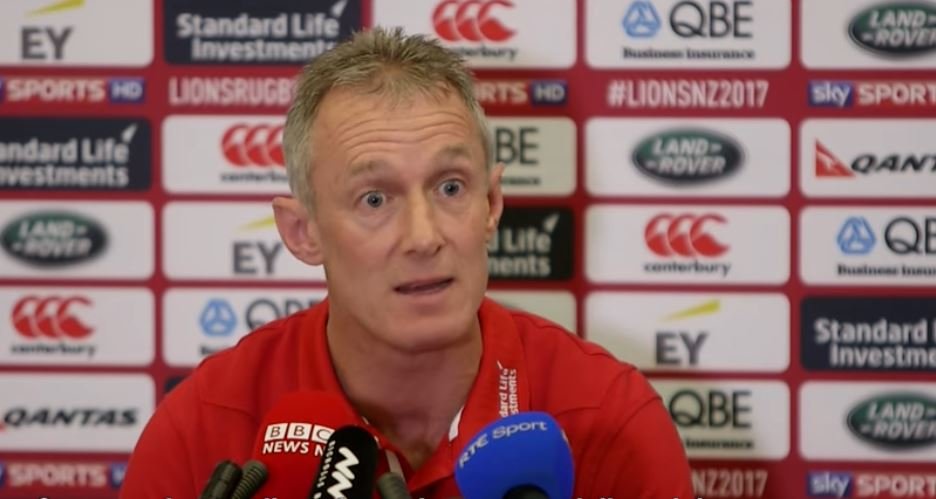 Backs coach Rob Howley may have ruled himself out of the Wales job post 2019, but that doesn’t mean he shouldn’t be considered for similar positions in other Tier 1 Nations.

In fact, the opposite is true and when Howley relinquishes his position following RWC2019, many international setups will be eager to lure the former scrumhalf onto their coaching tickets.

Arguably the most coveted coaching position is that of the All Blacks, and Howley will be in a good position to take the job when Hansen steps down in just under two years time.

Here are five reasons why he’d make a great All Blacks coach.

He has the experience
He’s played second fiddle to Gatland at Wales since 2008 and is chock full of experience. In that time Howley has watched on as Wales played pretty every team there is and some of the teams they played more than once. You can’t beat experience.

He can take criticism
Not everyone is a fan of Howley, and he has faced the brunt of a lot of online criticism as a result, as well as from players themselves. In the wake of the Lions Tour, Ireland’s Sean O’Brien said of Howley: ““If I was being critical of any coach it would be the fact that Rob [Howley] struggled with the group in terms of trying to get stuff across.

“Johnny and Owen drove everything in the second [Test] week, for instance, in our attack and had a better plan in place. So I don’t know if it was that people were not buying into what he [Howley] was about. That’s the hard thing about a Lions tour as well, getting everyone to listen to a coach that was probably set in his ways.

He’s learned from the best
Under the tutelage of Gatland, Howler has proven himself an able apprentice, taking over as caretaker manager on numerous occasions.
During Howley’s watch as caretaker manager Wales have won 50 percent of their matches, including memorial wins against Italy and Japan and even the famous Barbarians.

He’s in great shape
Despite being retired from professional rugby for well over a decade, the 47-year-old is still in great nick, not something that could be said for every international coach. It shows he has respect for himself and ergo, the job. In fact that are few international coaches today who can still a boast such a physique.