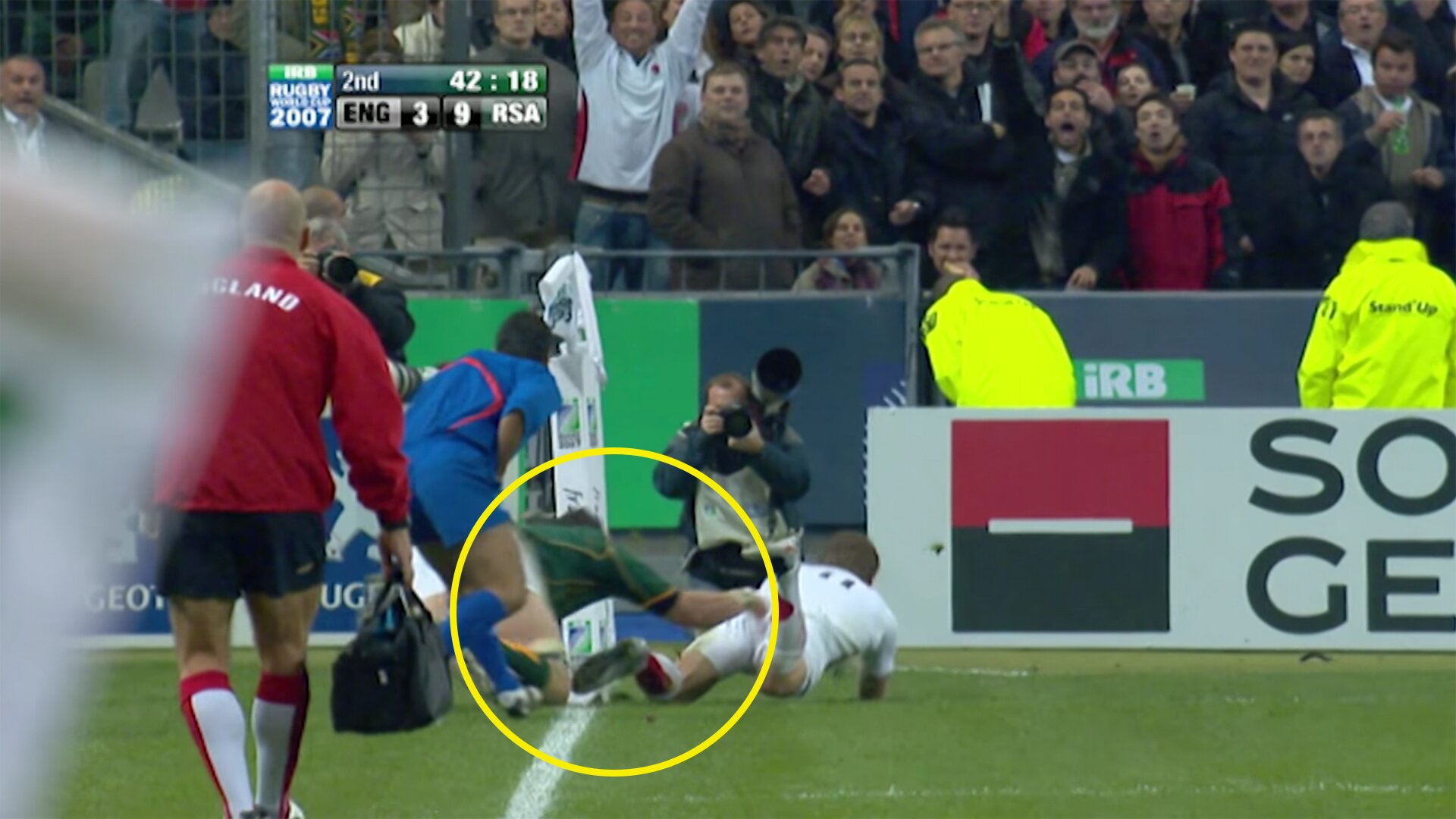 Five shocking occasions when the TMO got it wrong

Most of the time, the TMO gets it right – but sometimes, they get it horribly wrong.

We’ve delved through the archives and unearthed times when the television match official cocked it up under the pressure.

So, without further ado

This one kicked up a real fuss at the time.

In this vital opening weekend Six Nations encounter Wales full-back Gareth Anscombe was denied a try in the 22nd minute of play. We see as he pounces on a bouncing ball in the England dead ball area under hot pursuit from Anthony Watson.

The slow-mo replays of the replay make for a close call for the TMO and eventually it is ruled out.

It’s clear however than on close viewing of the event Anscombe does get his hand down first. This decision was costly in what had been a close encounter up to that point.

In an unprecedented move, World Rugby confirmed after the match that there was an error in the call made by the TMO.

Jonny Wilkinson awarded try for acrobatic finish against Scotland in 2007

The legendary England fly-half had had a magnificent comeback match vs Scotland back in 2007.

He had already scored 20 points in this Six nations opener after a long absence from the International scene due to injuries.

In the closing stages of the game, we see as Wilkinson pops up in space following scrum-half Harry Ellis.

He receives the ball and makes an acrobatic dive for the corner – reaching for the whitewash with one outstretched hand with the rest of his body in mid-air.

How did they get it that wrong?!

This one really takes the biscuit.

This corker is from back in the 2012 Six Nations.

England were up against fierce rivals Wales at Twickenham. This TMO shocker occurred in the last play of the game.

The hosts were down by seven points and needed a converted try for the draw.

We see as they throw it wide to David Strettle who cuts inside and wriggles over the whitewash to score…or did he.

TMO has had a nightmare here!

Another abysmal call from the television match official. This time, from South Africa.

Back in Irelands 2016 tour against the Springboks, CJ Stander received a red card for this collision with fly-half Pat Lambie.

We won’t deny, it looks awful but surely this was completely accidental?

TMO – hang your heads in shame!

Do you agree with these picks?

Did they get it right?