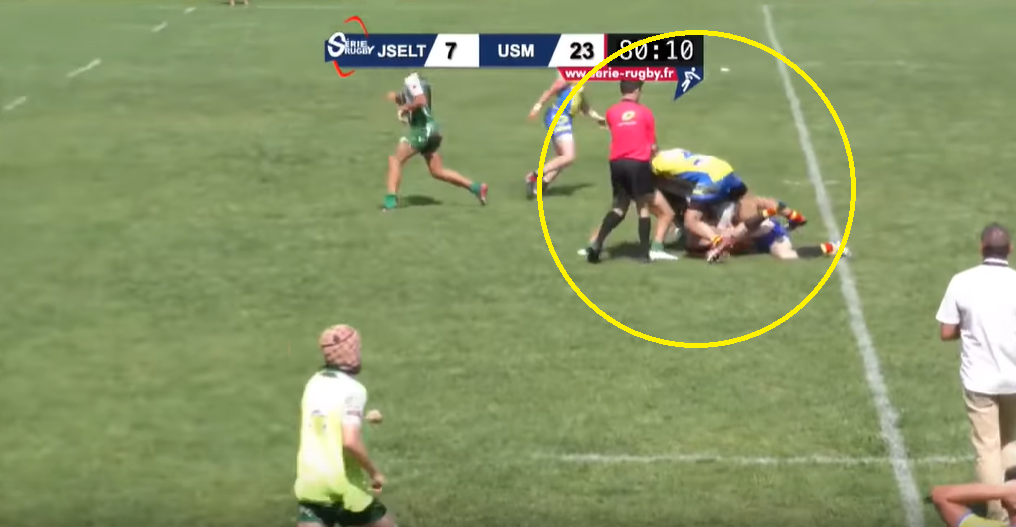 Maybe the worst rugby fight we’ve seen in a while.

It’s definitely not cool, although admittedly it is entertaining to watch. Both JS Elne Latour Théza and US Mouguerre should be ashamed or something.

Club captain Will Welch has handed Newcastle Falcons another major boost by committing his future for the next four years.

The back-row forward who turned 29 in April has played 226 times for his home town club, having been made their youngest ever captain back in 2012.

Leading the Falcons in each of their past seven seasons, Welch’s long-term deal was greeted with delight by director of rugby Dean Richards, who said: “It’s great news for us to have a player of Will’s calibre committing their future here.

“He is an outstanding player and leader who demands high standards from the group. He is hugely respected, works incredibly hard at every aspect of his preparation and he is the ideal person to take us forward as a club.”

Welch said: “I’ve been here my whole career, I’m a Newcastle lad and there was never a thought in my mind that I wanted to leave.

“As a player you have to take responsibility for what happened last season in terms of the club being relegated, and the way you do that is by helping them to achieve promotion back into the Premiership.

“I’m happy at the Falcons, I want to keep playing my rugby here and to eventually finish my days as a one-club man.”

Skippering the club to the RFU Championship title back in 2013, the former RGS Newcastle forward said: “That first season as captain was pretty tough, and I was kind of chucked in at the deep end in terms of leading the side at the age of 22.

“Ultimately it helped me a huge amount to go through that whole experience, and it ended up being a really enjoyable season.”

Keen to achieve promotion once again, Welch added: “We’re using this season as a chance to re-set ourselves as a team, but the great thing is we’ve managed to keep the majority of our squad together.

“It’s the nature of professional sport that a few players are going to move on, and that’s just the way it is, but I feel we’ve got a good enough squad to go straight back up.

“We’ve got to deliver on the field, which we didn’t do last year. All the boys are over that disappointment now, we see this season as a fresh start and everyone is just keen to fly into it again.

“It’s going to be difficult because everyone will be gunning for us, and we know that. The Championship is a tough old league and I think people often don’t give it the respect it deserves, so we’ve got to make sure we keep high standards for the whole year and secure promotion at the first attempt.”