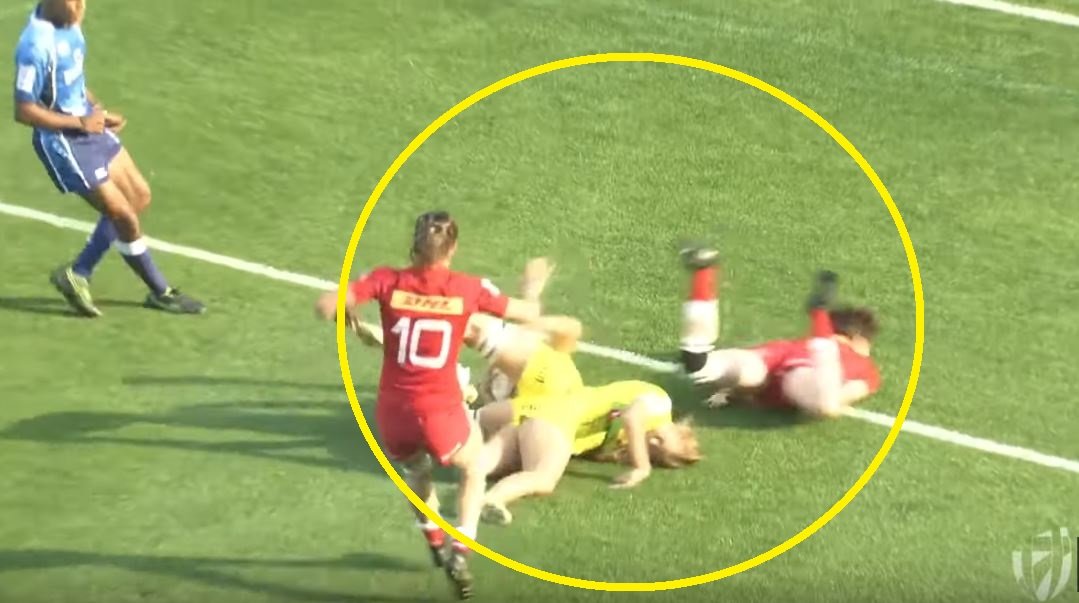 FOOTAGE: Aussie women’s player demos when not to place the ball

Good ball presentation post tackle is great and all, but just make sure there’s someone there to present it to.

Kaili Lukan scores last gasp winner for Canada in unusual fashion, to help her side to a 17-14 win over Australia.

Australia has made strong start on day one of Kitakyushu Sevens in Japan, with the Aussie Women winning two of its pool games to ensure a place in the quarter finals.

Australia fell in its final Pool B match, losing to Canada 14-17.

The Canadians were the first to strike in the match, with the Aussie 7s giving a penalty off a scrum, allowing the North Americans to slice through Australia’s defence out wide to take a 0-5 lead. Canada continued to put pressure on Australia, punishing the Aussies for not being able to get out of their half by scoring their second try and taking a 0-10 lead. Patient play from Australia eventually led to reward with Emma Sykes scoring off a quick tap next to the posts, allowing the score to close in gap to 7-10.

The second half saw Emma Sykes score a brilliant individual try, with the Canadian defence not committing to her, allowing Sykes to sprint through the line untouched. The try was converted allowing the Aussies to tale the lead 14-10. Canada struck back with just over a minute to go, with a kick in behind the Aussie defence allowing Canada to score and retake the lead, 14-17. A late surge from Australia wasn’t enough, allowing Canada to win the Pool B clash.