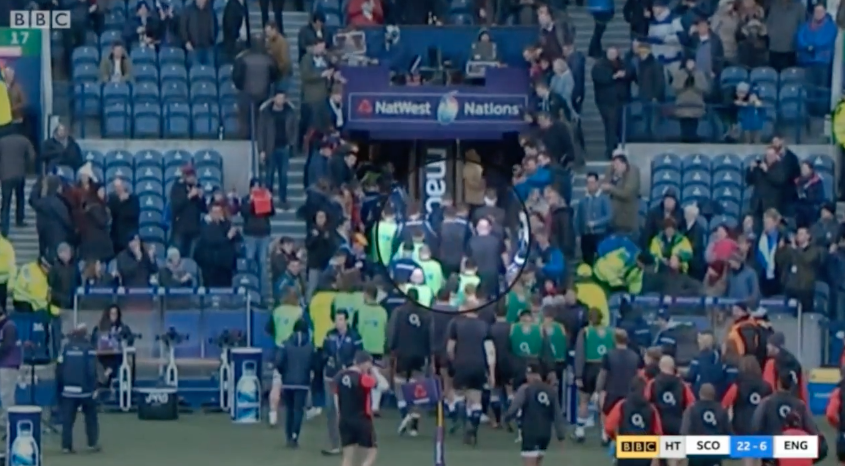 When tensions are running high, the opportunity for incidents like this arises.

Just before the Scotland vs England clash started, reports were released that there had been an altercation in the tunnel between Scottish and English players. It appears to be a shoulder contact that triggered the argument, however it is difficult to speculate with the images being further away.

Boos ring out as Owen Farrell boots an England penalty into touch. News of the scuffle in the tunnel has reached the Murrayfield stands.

It certainly seemed to spur on the Scots who put on a blistering performance against an England team far from their best.