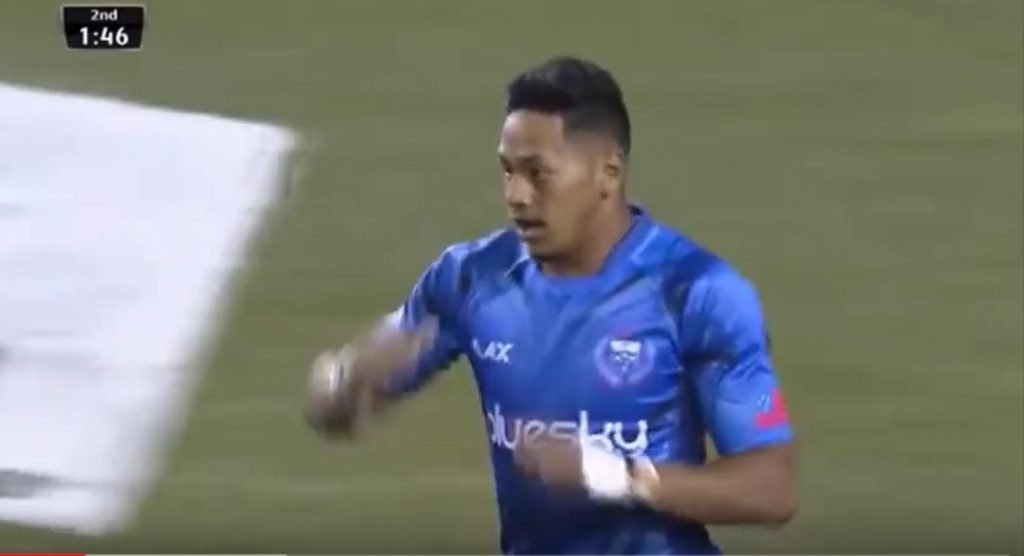 Worcester fans were dealt with a mixed bag of news recently, as there will be departures and arrivals at the club.
The Warriors have signed Samoan Ed Fidow for next season from French D2 outfit Provence, but will also see star winger Bryce Heem leave at the end of the season.

With fellow winger Josh Adams’ contract expiring at the end of the season, and a move back to Wales looking likely, Alan Solomons’ team may look very different come next season.

Fortunately, the 25-year-old Fidow, who had a stint with Top 14 outfit Bordeaux, will add a huge amount to the Warriors backline.

This is what he has to offer:

Although he has largely made his name in sevens, Fidow has a lot of the credentials that will make him a success with the Warriors. He clearly has great pace, and while that may not necessarily make him a success at Sixways, it will help if filling Heem’s boots next season.

How will you watch the next rugby World Cup – Enter for a chance to win £100
https://www.surveymonkey.co.uk/r/WH2MFM3