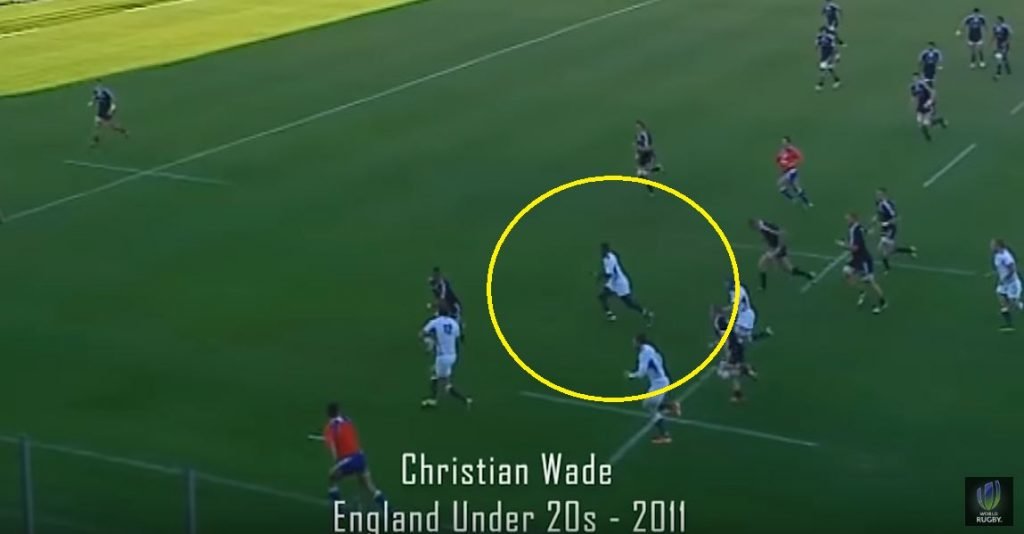 FOOTAGE: Christian Wade rinses Beauden Barrett in a 1-on-1 in 2011

Buffalo Bills got themselves an absolute rocket when they signed Christian Wade.

Here he is in his early days at the World Rugby U20s for England Rugby in 2011 rinsing Beadeun Barrett in a one on one.

Ospreys Rugby have confirmed that teenage centre, Tiaan Thomas-Wheeler, has signed his first senior contract with his home Region.

The 19-year old from Neath has been rewarded for his progress across a breakthrough season during which he has featured in both the Guinness PRO14 and Challenge Cup.

Having featured three times off the bench in the second half of 2017/18, in the Anglo Welsh Cup and PRO14, this season he has played seven times (six starts), making a notable impression in midfield. His first senior start was in the 27-21 loss away to Worcester Warriors in Europe, and it was in the same competition that he nabbed his first try, away to Pau in January.

Speaking after signing his first senior deal, Thomas-Wheeler acknowledged there was still plenty of hard work ahead of him.

“It’s something I’ve worked really hard for but I know this is just the start” he said.

“We’ve got some world class backs here and since day one I’ve tried to learn off the players and they do try and help me. I do have short term and long term goals but I just want to reach my potential and show what I can do.”

Currently with the Wales U20 camp preparing for what will be his second World Rugby Junior Championship, in Argentina next month, Thomas-Wheeler has come through the development pathway via Llangatwg Comprehensive in his hometown of Neath, and at Trebanos RFC before progressing into the Ospreys Academy.

Welcoming the news that the young prospect has committed to the Ospreys, Dan Griffiths, Rugby General Manager, said:

“Tiaan has had an opportunity within the senior environment this season and has made a big impression with the way we has conducted himself, on and off the field.

“In a Rugby World Cup year there will be opportunities for Tiaan to step up and I’m sure he will be excited by this prospect. He has all the physical attributes, and will be looking to work hard, continue to develop his game and establish himself in the squad and the jersey.

Thomas-Wheeler is the second Academy player to sign a senior contract, following on from the announcement of a deal for scrum half, Harri Morgan, yesterday.