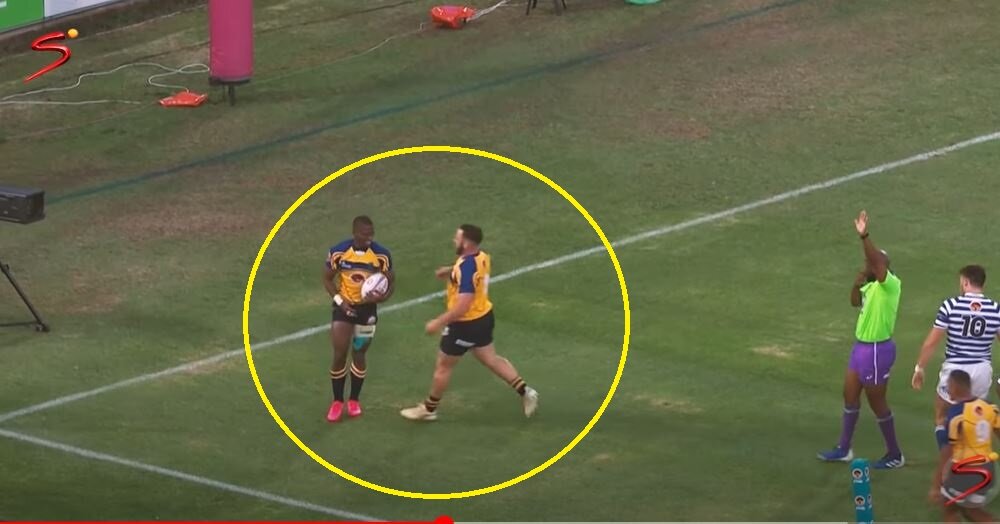 Lundi Msenge is the name on every South African rugby fans lips. As Super Sport point out, he was brilliant in the 11 jersey throughout the 2021 Varsity Cup. This is guy is the next Aphiwe Dyenti (minus the… errr… supplements of course).

This video is undeniable. Lundi Msenge should be in the running for Bok skipper too. God knows the Bulls won’t be much help.

It was a weekend for the travelling teams (and hookers JJ Kotze and Robey Leibrandt) as no fewer than five of the six matches in the opening round of the Carling Currie Cup were won by visiting sides, with only the New Nation Pumas managing a home victory.

The Lowvelders join DHL Western Province and the Cell C Sharks at the top of the Premier Division standings after all three sides grabbed a full houses of log points. The Vodacom Bulls got a consolation four-try bonus point, but the Lions and Tafel Lager Griquas are yet to get off the mark.

Kotze, who made his Carling Currie Cup debut at hooker for DHL Western Province, scored four tries in Pretoria, which has seen him shoot to the top of the try and points’ scorer lists, with 20, followed by Eddie Fouche (flyhalf) of the New Nation Pumas with 14.

All three winning sides in the First Division – the Valke, Leopards and Down Touch Griffons – also got the maximum of five points each for their efforts, as they outclassed SWD, Eastern Province and Border respectively.

Leopards hooker Leibrandt scored a hat-trick of tries against the Elephants which also put him in the lead with tries and points scored (15), followed by his team-mate Danrich Visagie on 13.

The Toyota Cheetahs and Boland Kavaliers, who had first rounds byes, will be in action next weekend as the two competitions pick up pace.

But before that, the Lions will have an opportunity to get on the board when they host DHL Western Province in Johannesburg on Wednesday evening.

The last time these two sides met in the Carling Currie Cup, early in December last year, a penalty goal on the final hooter by Tiaan Swanepoel steered the Lions to a 22-19 victory in a tight contest in which either side could only score one try apiece.